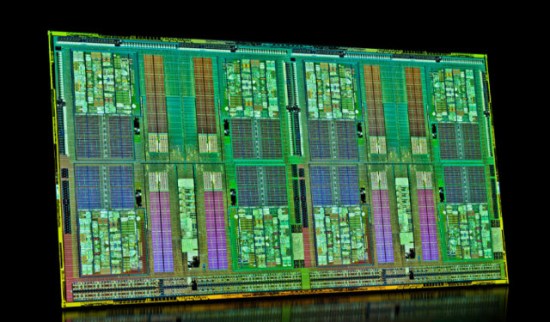 Lately, AMD and AMD chips have been pushing the envelope on overclocking, beating the world record not once, but twice over the course of just a few months. Having done that, what else is a microprocessing company to do? Oh, I know, how about release a 16-core microprocessor that can boost enterprise server performance by up to 84%? Yeah, that seems like it might work. Processors from the new AMD Opteron 6200 family aim to help businesses everywhere get into the cloud, and do it in style.

Alongside the 84% performance boost, Opteron 6200 processors claim to be able to provide 73% better memory bandwidth, better power efficiency by spending half the typical power per core, two-thirds more floor space, and two-thirds less platform cost. The chip family has only just been announced, so there aren’t any systems using the chips that are available right this minute, but some should be rolling out in the next week or so, coming from Acer, HP, Dell, and others. The chips also all use AMD Bulldozer computing cores, which were responsible for those record breaking overclocks, so this baby should really be able to cook. How many cores will AMD be able to cram onto the processors that come after this? I don’t know, but I’m interested to find out.