AMC Is Developing a Cornucopia of Brilliant SFF Stories for TV 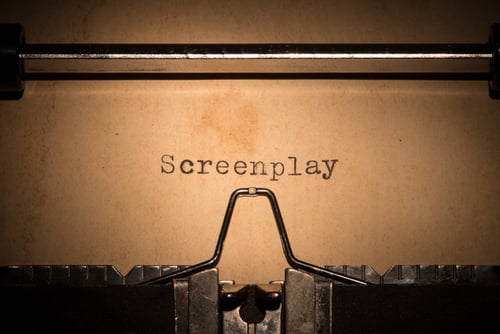 AMC just announced the latest slate of projects in its “scripts-to-series” development model, in which a writers’ room develops several episodes of scripts and then AMC decides whether to greenlight, and the lineup looks pretty awesome. We’ve got a darkly humorous alien story from Rainn Wilson, a sci-fi drama in which the Earth’s rotation is slowing down, a B-movie anthology series, and adaptations of two SFF novelettes/novellas: Ted Chiang’s “Liking What You See: A Documentary,” and Victor LaValle’s The Ballad of Black Tom.

(Disclosure: I got to study under Ted Chiang and Victor LaValle at the Clarion Workshop, so I’m admittedly biased when it comes to liking their work.)

First off, AMC is developing an adaptation of Ted Chiang’s novelette, “Liking What You See: A Documentary.” One of Chiang’s novellas, “Story of Your Life,” was previously adapted by Eric Heisserer into the Oscar-nominated screenplay for Arrival. Heisserer will serve as executive producer on Liking What You See, with Chiang on-board as a consultant. The project is “set in a near future saturated with advertising and media images of beauty, the exception being the community of Saybrook, whose residents have all voluntarily adopted calliagnosia, a reversible, non-invasive procedure that eliminates their ability to perceive beauty. Once you have calliagnosia, no one looks prettier or uglier than anyone else; the people of Saybrook judge each other purely on their merits. But is this something the rest of the world is ready for?”

Personally, I find this project particularly intriguing because Chiang actually turned down his 2003 Hugo nomination for “Liking What You See,” because the story that was published wasn’t quite what he wanted it to be. I’m curious to see what changes, if any, the TV adaptation might incorporate to bring the story up to Chiang’s own standards – and given the brilliant changes that Heisserer made to “Story of Your Life” for Arrival‘s screenplay, I’m excited to see how he’ll change this one as well.

AMC is also developing a project based on Victor LaValle’s novella, The Ballad of Black Tom, which won the Shirley Jackson Award and was a finalist for the Hugo, Nebula, Locus, British Fantasy, and Bram Stoker Awards. (Yes, seriously, all of those.) The Ballad of Black Tom reimagines H.P. Lovecraft’s infamously racist and xenophobic story, “The Horror at Red Hook,” from the perspective of a young black man in Harlem. “Tommy Tester is a street musician and hustler in jazz age New York,” reads AMC’s summary, “who works odd jobs to keep food on the table and a roof over his father’s head. But when he delivers an occult object to a reclusive sorceress, Tom opens a door to a deeper realm of magic, and becomes caught up in a Lovecraftian conspiracy to conjure the destruction of the world.” LaValle wrote the pilot episode.

In addition to developing these existing stories, AMC is also developing a number of original projects.

The Age of Miracles, by Sinead Daly, will look at a world where “Earth’s rotation is suddenly, dramatically and inexplicably slowing down. As the days and nights grow longer and longer, gravity is affected, and people start falling sick to a mysterious new illness.” I’m super curious to see how this show will play with the science of a world without rotation.

Rainn Wilson is working on an as-yet-untitled, one-hour series that “follows an alien entity which takes over the body of a poly-addicted, middle-aged man living in the San Fernando Valley.”

Shock Theater, from frequent Walking Dead director Greg Nicotero, will be “an anthology wherein each episode will be a brand-new sci-fi horror tale in the style of the B movie classics.” Given Nicotero’s career, which includes special effects and makeup on everything from Day of the Dead to The Lion, the Witch and the Wardrobe, I expect some serious spectacle should this one move into production.

Blumhouse Television, the production company behind Get Out, The Jinx, and Split, will work on a “non fiction horror anthology” that tells “stories of sadistic serial killers, murderous black widows, bloodthirsty family clans and local legends laced with the supernatural. With a tense horror, modern cinematic style, Wicked West brings a haunting approach to the untold stories of the bloodbath known as the American West.”

For a full list of AMC’s new “scripts-to-series” projects, check out Deadline‘s write-up. While there’s no guarantee that all of these shows will make it onto your TV set, I’m curious to see which will eventually get the thumbs-up from AMC.

Which projects are you most excited about?

(Via The Verge and Deadline; image via Shutterstock)