Amazon Bought MGM, but What About the Lion? | The Mary Sue

Amazon Bought MGM, but What About the Lion?

WILL HE STILL ROAR? I NEED TO KNOW. 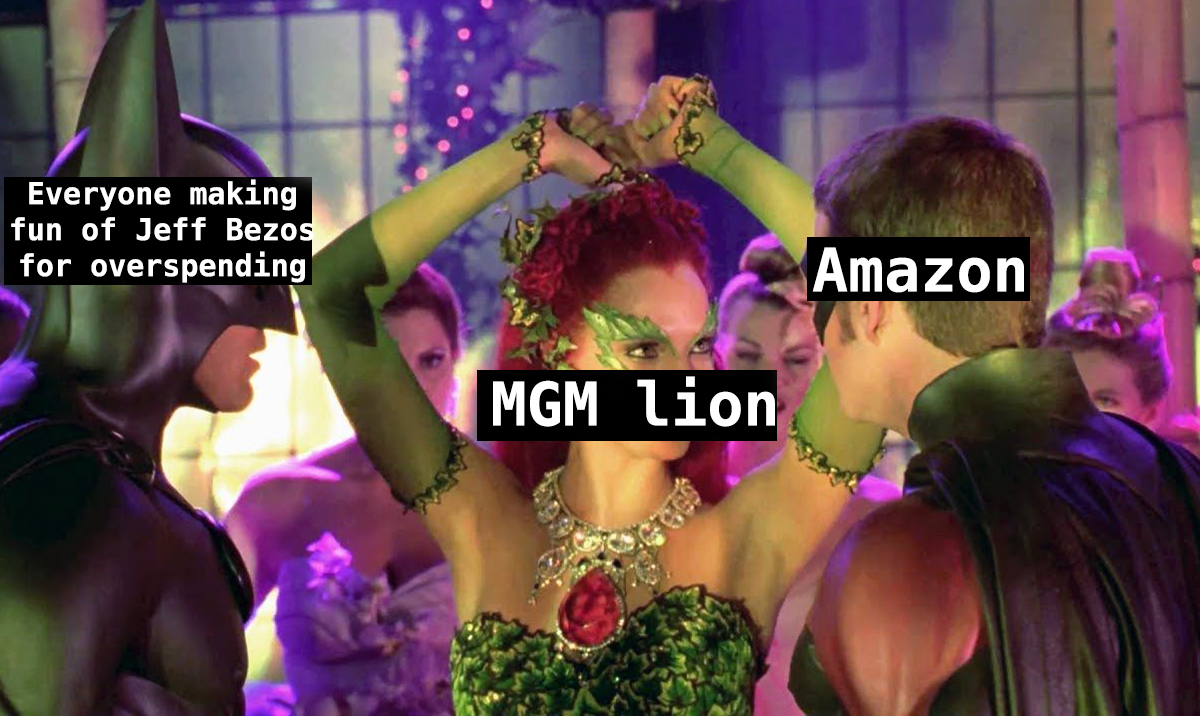 MGM has been acquired by Amazon Prime, and while that’s terrifying that Jeff Bezos continues to have too much money, it is, for the most part, boring entertainment industry news. But, here is some context: For a whopping 8.45 billion dollars, Bezos now can listen to “Eye of the Tiger” in Rocky whenever he wants. That price tag comes in much higher than any other contender thought it was worth.

So Amazon literally said “here’s more money so we can buy you,” and Apple and Comcast just said “lol okay.” (Truly hilarious, and I imagine it as one of those bidding situations where someone throws down thousands of dollars more than anyone else and then goes, “Oh god, what did I do?” after professing their love to someone. Bezos really loves the lion.)

But it’s all industry garble and a conversation about how studios are now being bought by other corporations and exacerbating monopolies, and it is a lot to unpack, not much of it fun. Instead, let’s talk about how everyone took to Twitter to share jokes and memes about the properties that Bezos now technically owns, and honestly, that’s funny.

You know what the Amazon and MGM deal means?

There is some kind of beautiful gross irony in MGM, one of the eight Hollywood studios targeted by the DoJ in 1948 over antitrust concerns and vertical integration that changed the entire entertainment landscape in the United States, being acquired in 2021 by…

My favourite thing about the MGM+Amazon merger is we’re about 5 years away from like 3 companies controlling all of media, which is for sure healthy and creatively beneficial

Disney got Marvel AND Lucasfilm for $9.68B (adjusted for inflation.)

Amazon acquiring MGM studios for $9 billion so Jeff Bezos can finally fulfil his destiny of becoming a Bond villain pic.twitter.com/FRbMkUqbyD

Amazon is buying MGM for $8.45 billion, which is roughly the price of 2 cinema tickets and a medium popcorn.

Wondering how the #MGM Lion feels about the Amazon takeover. pic.twitter.com/hVNXdCs9bV

My question is: Will Amazon keep the lion going “rawr” in the beginning of MGM movies? Because if you cut him out of this, we’re going to have a problem. He has done nothing wrong in his entire life.