Amatory Fiction, the Fallen Damsel & Fantomina, or Love in a Maze 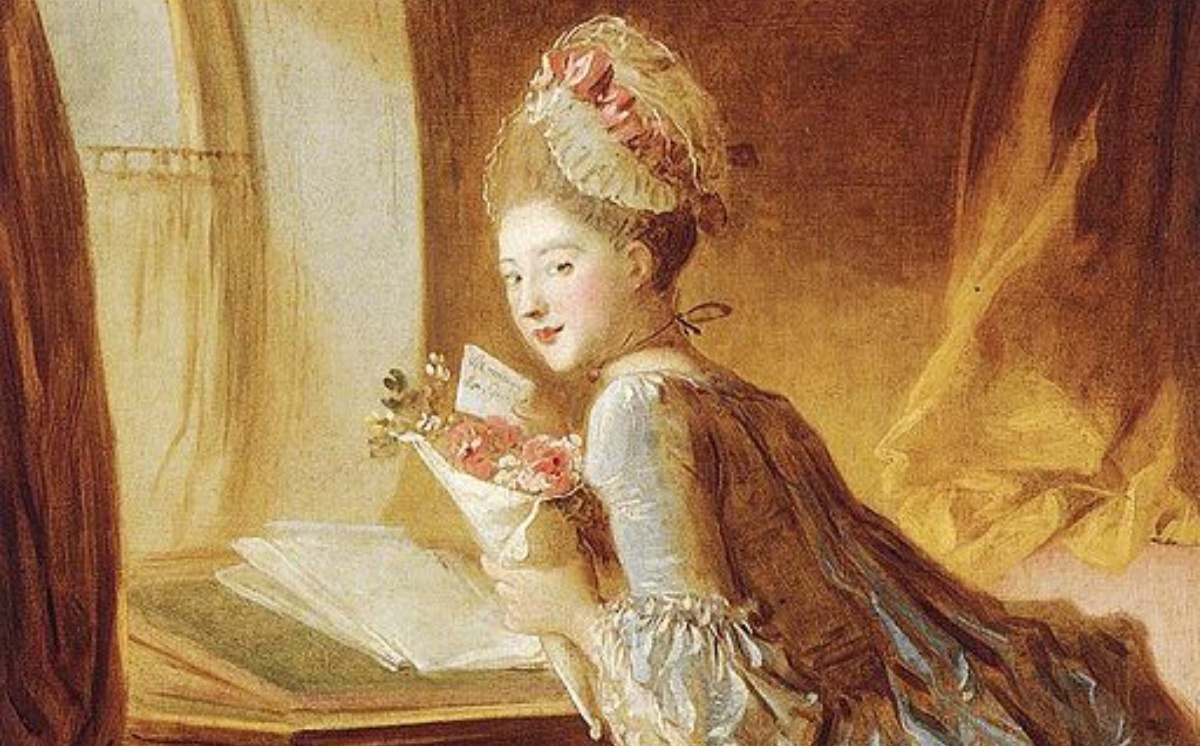 In the period between 1660-1730 female writers were killing it. It was the age of amatory fiction. Amatory fiction pre-dated the concept of the “novel” and  “romance fiction,” however a lot of the ideas that were tackled in amatory fiction would end up continuing into romance fiction and the novel. Mainly the idea of telling the stories of individuals in new and interesting ways.

Most amatory fiction writers and readers were female and the stories/themes within the short stories challenged the formulaic roles of women that existed at the time. The three biggest authors during this time were Aphra Behn, Delarivier Manley, and Eliza Haywood. Aphra Behn has largely been rediscovered and championed because she wrote so much work that a lot of it remains. These three women were known as “the fair triumvirate of wit” or the “naughty triumvirate.”

I love all of these writers, and 18th century lit is my jam, but I decided I wanted to focus on my favorite story of the bunch:

Eliza Haywood’s Fantomina, or Love in a Maze.

Our story opens in London where our unnamed heroine “a Young Lady of distinguished Birth, Beauty, Wit, and Spirit” (yes that is how it is capitalized in the original text) is sitting in a playhouse watching men of high-society hang out with the prostitutes.

At first, our protagonist (who I will call Becky for now) is confused as to why men are spending their time with these ladies of the night, but then soon becomes envious of the ease in which the men and women are interacting. So she decides to pretend to be a prostitute because there’s nothing rich people love more than going to the city and slumming it with the poor.

Becky then runs into Beauplaisir, a hottie who she’s actually met before, but now she has become a Master of Disguise and no longer bound by her lady-like status she is able to actually have a personality and be flirty with him. They decided to meet up the next night. She gets her own apartment in the city and meets him at the theater. It starts off as a nice date, but when they return to her place, she realizes that Beauplaisir wants to have sex. She protests saying that she is a maiden, but he does not believe her and he rapes her.

To get a key contextual thing about Fantomina, we need to talk about the “persecuted maiden”, the half-sister of the damsel-in-distress. In early literature, there was a common trope of having a virgin woman “maiden” be seduced, ravaged (ol’ term for rape) by some man and then left distraught, heartbroken to the point of “losing the will to live” a la Padme in Revenge of the Sith.

Becky is rightfully upset, rejects the money he tries to give her, and Beauplaisir is confused because sex-workers don’t need consent right? He apologizes and Becky, wanting to protect her reputation, but also to continue having sex without the consequences of her status, decides to name herself “Fantomina.”

Fantomina and Beauplaisir keep having their affair, but eventually, he gets tired of her and leaves for Bath (which was like the Las Vegas of its time). Fantomina decides if I’ve already tricked him once…I can probably trick him again. So she goes to Bath and pretends to be a country maid named Celia.

Beauplaisir sees Celia and thinks she is a completely different person. He then tries to “seduce” her, but really Fantomina is just manipulating all of his reactions. It’s quite amusing. After a month, he leaves Bath and is Celia’d out.

Well not to worry because on his way home he runs into, Mrs. Bloomer, a widow in a carriage. Seeing her in grief, Beauplaisir tries to help her “lift her spirits” which leads to them having sex in an inn. And yes, this is Fantomina in another disguise.

Finally, when Mrs. Bloomer is no longer holding any interest, Beauplaisir receives a letter from a woman named Incognita, who declares her love and passion for him, and that she will basically let him put it anywhere, but he can never see her face.

He jumps to it and starts sleeping with Incognita, who ends up being Fantomina’s final form because she get’s pregnant. Babies ruin everything.

Fantomina ends up going home to her mother to give birth, mom who asks her who is the father and Beauplaisir is summoned. Now, Beauplaisir has zero idea what is going on until Fantomina basically tells him, “hey we’ve been fucking…a lot.” In Beauplaisir’s defense, when he is told that he is the father of the baby he does say that he will provide. Eventually, realizing that all that will come from him visiting, is more fucking, the mother tells him he can just stay away and Fantomina, when she recovered, gets sent to a fancy monastery in France.

That was a lot, I know, but also let’s acknowledge that this story was published in 1725, under Eliza Haywood’s own name. A story in which a rape victim, not only seduces, but sexually outsmarts her assailant, not once—not twice, but four times and her only punishment is going to a monastery in France. That is huge.

Within this 20-page long story, there is a lot to unpack about class, gender and sexual politics in the 18th century.

For one we have the protagonist, who I’ll just refer to as Fantomina for simplicity sake, who is only able to fully embrace her sexuality in a “She Stoops to Conquer” -esq way. It exposes how ladies within high-society are not allowed to express their sexuality openly the way men in high-society can. That being said, without the protections of her status, it is what leads her to be raped. Lower-status women, sex workers, their consent is not considered and are never given the privilege of being perceived as having innocence. Then in the end, because she is actually a lady, the fact that she is pregnant out of wedlock is more an inconvenience than a lifestyle change.

During this time, men were seen as intellectually superior and when it came to sex, they were the ones who drove sexuality. While Beauplaisir starts off as a rake, he ends up as a farce lamenting at the end that he is “more confused than ever he had known in his whole Life” because he was “blinded so often by her Artifices” and that she for someone so young “should have the Skill to make use of them.” Fantomina challenges the idea that men are superior intellectually and sexually. Though their sexual relationship begins with a rape, she spends the rest of the novel getting her power back and proving that it’s not her that is boring, he’s just a flim-flam of a man who is impressed by “new” sex even when it’s not new sex.

It also shows that in that time, even when a woman wants to have sex unless she is a sex worker (Fantomina/Incognita), she must always either pretend to not want sex (Celia) or be a widow and therefore not a virgin (Mrs. Bloomer). Fantomina initially doesn’t want to have sex because of her reputation. Her virginity has value not because she wants it, but because without it she is a “fallen woman.” Yet, she also enjoys having sex and the only way she can continue having it, is to play these different roles and further separate herself from the nameless woman she was before.

You could argue, and I do, that the ending of Fantomina getting pregnant and going to a nunnery is more of a morality clause edit than an actual reflection of Haywood’s morals. Usually, in these types of stories the woman get’s murdered or dies dramatically, Fantomina just goes away to France. And also, fun fact, during this time period there was a “nun porn” genre and since England was a Christian, not Catholic, country, most of these stories too place in France—so Haywood sending Fantomina to a nunnery may actually be a nod to that, rather than an actual punishment. Plus they were also centers of great learning and many high-society women would be there.

So despite a society that would usually have the story end with either marriage or death, Haywood choose the third option for her heroine.

When I read Fantomina, what stood out for me was how in just a few years time, when men decide to “invent” novels and authorship becomes a male profession, women will have to start dying because they have sex. Samuel Richardson’s Clarissa (which I do love) is published in 1748 and features a virgin heroine being psychologically tormented, kidnapped, raped, imprisoned and then dying from … plot devices.

Fantomina is without a doubt problematic, but it signals a time when female authors were trying to tell these stories in a different way to deal with their own anxieties and to have the focus of the “forced seduction” trope to be told from the perspective of the woman and not the rapist.