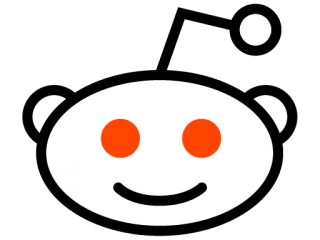 Ahhh, the Ask Me Anything subreddit is such a conundrum. Sometimes you get clever and engaging questions that invoke witty and insightful responses from movie stars, writers, scientists, or even your everyday dog groomers and office workers. Then, sometimes you get people haranguing you over a single word in your thread subject line and also asking you your bra size. Guess which happened this time?

For Elena Glassman, Neha Narula and Jean Yang, three female computer scientists from MIT who thought it would be fun to answer some questions about programming last Friday, their Reddit thread was full of the latter type of engagement. At least, that’s what they recounted today in a Wired article describing their experience:

As it turned out, people were extremely interested in our AMA, though some not for the reasons we expected. Within an hour, the thread had rocketed to the Reddit front page, with hundreds of thousands of pageviews and more than 4,700 comments. But to our surprise, the most common questions were about why our gender was relevant at all. Some people wondered why we did not simply present ourselves as “computer scientists.” Others questioned if calling attention to gender perpetuated sexism. Yet others felt that we were taking advantage of the fact that we were women to get more attention for our AMA.

Yup, instead of questions about academia or the interesting research each woman performs at MIT, redditors sent question after question asking them why they even thought their gender mattered in the first place. And those weren’t even the most offensive ones—there were also as marriage proposals, requests for sandwiches and information about their bra sizes, questions “how often we ‘copy male classmates’ answers,'” and even demands that “we show our contributions ‘or GTFO [Get The **** Out].'”

But these three awesome women aren’t nursing their wounds. Rather, they see this online interaction as further evidence that gender still is an important factor in the way scientists are regarded—or just how women in general are mistreated (as one redditor on the thread pointed out that a dog groomer who specifically identified as male wasn’t also bombarded with questions about his gender). As scientists who are interested in encouraging more girls to explore STEM fields, this is something the three of them find to be very important and eye-opening.

“That’s why we wanted to talk about it. Head on,” they write in their Wired piece. “We made gender an explicit issue in the AMA to engage our audience in a discussion about both the existing problems and potential solutions. And in that way, it was a success […] This is how change happens.”

And don’t worry, there is a silver lining: if you go to visit the AMA now that it’s over, most of the more intrusive jabs and demands have been downvoted into oblivion, leaving many questions that did focus on science, tech, academia, and what it’s like to be a woman in these fields—such as this redditor who asked whether or not the three women are treated differently than their male computer scientist colleages, for example. Jean Yang responded:

Especially when I was younger, I noticed that people did not expect me to know very much. While some of my male friends could walk into a room and have people listen to their technical ideas by default, I had to do some amount of proving myself. Now that I have more credentials it’s become easier because rather than having to do this whole song-and-dance to demonstrate my technical credibility, I can say what I’ve done in the past. This can be exhausting–and certainly made me doubt myself more when I was younger.

An advantage of being one of the very few women in a male-dominated field is that people remember me. At some of our conferences, there are hundreds of men and less than 10 women. People are more likely to notice me and remember my name than someone who is just another guy in a button-down shirt and glasses. I feel like this has given me a good platform for spreading my technical ideas.

When another male engineer asked what he and other men in the field can do to inspire more young girls to join up, Yang also added:

Men can be great role models for women too if they make themselves available and relatable. Growing up, some of my role models were men too–men who were doing things I found interesting and who I thought were nice people. Several of my mentors to whom I turn for both professional and personal advice are men. Part of it involved me seeking them out because of common research interests or something like that, but they also made themselves more relatable by opening up about their own lives and how they saw me as being similar to them. I think if you are visible to younger women and encourage, support, and champion them, you could make a big difference in their lives too.

There’s no denying that Reddit has a lot of problems, both in the way it’s managed and in the dominant culture that its users have constructed; but so does all of society, when you think about it. At the very least, it’s good to see some people finding ways to connect with one another and learn about experiences they might never have to face, particularly when doing so might empower everyone to make positive changes towards gender equality in the future. You know, even if we all do have to sit through a lot of terrible “make me a sandwich” jokes.