Exclusive: Alyse Wax Talks Bringing The World of IT To Life 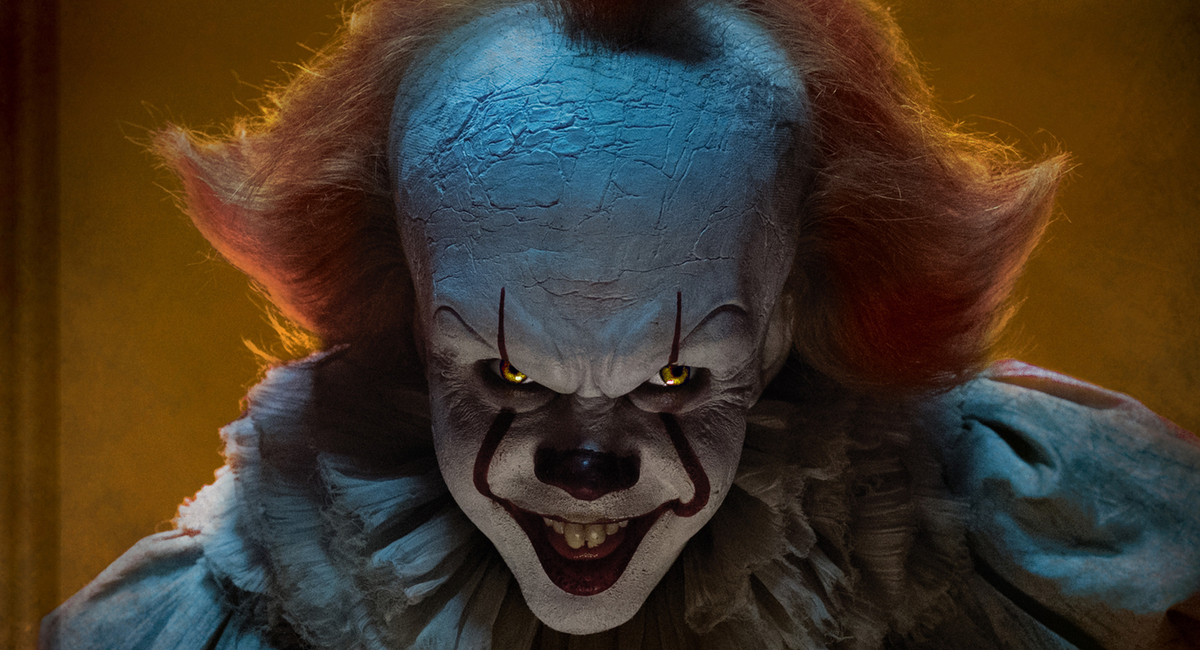 Just in case you hadn’t had enough of IT Chapter Two, we’re bringing you a special look at behind the scenes companion book The World of IT, which contains art and images from both IT and IT Chapter Two. Written by journalist Alyse Wax, the book documents the making of the film, with storyboards, behind the scenes images, and more. We’ve got two exclusive images from the book, as well as a Q&A with the author. Keep scrolling for our exclusive interview as well as a few pages from the book itself, and pick up a copy for yourself today. 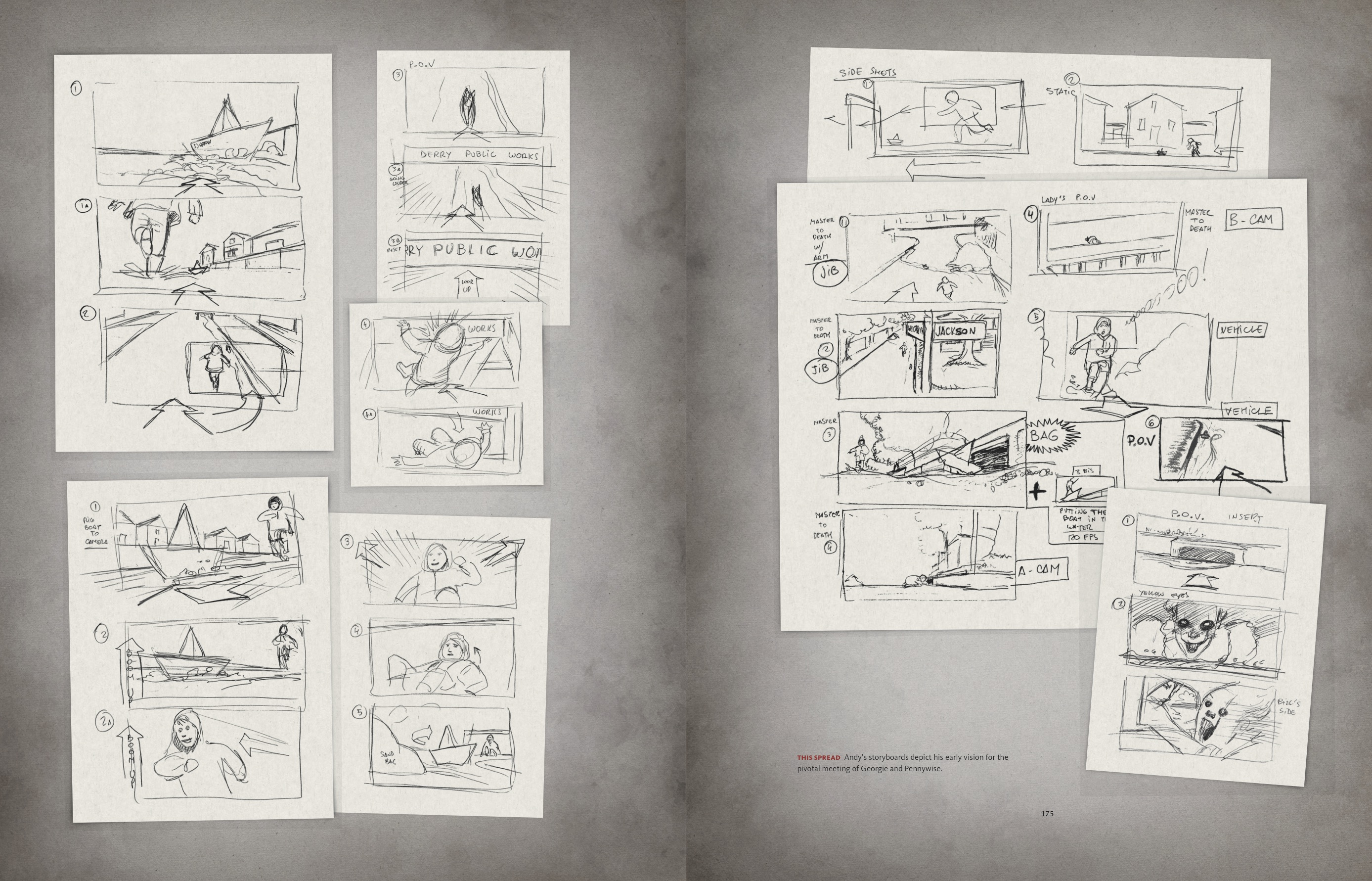 What draws you in particular to IT?

I don’t know, really. I have no feelings about clowns, although I love the way they terrify other people. All the best scary scary stories have clowns in them. I think it’s that I love when something that is supposed to be fun, lighthearted, children-friendly entertainment becomes evil and scary.

Do you have a favorite Stephen King story?

I’ve not read many of his books, but I think his stories are great and there are some fantastic film adaptations. I love IT Chapter One. Though I know King has issues with it, I love Kubrick’s The Shining. I love Misery. I love Creepshow. I love the 2019 Pet Sematary. And I love the episode of The X-Files King wrote – “Chinga,” about the killer doll. I would kill to get a copy of King’s original script for that episode – I hear it’s very different.

Was there a particular anecdote or story from the set of IT that you can’t wait for people to read about?

There are a few. The kids meeting Pennywise for the first time is pretty great. Also, I love when Andy [Muschietti] discovers the trick Bill Skarsgard can do with his eyes.

Why do you think people have responded so strongly to the story of IT?

Andy has done a great job updating IT for a modern audience. It feels more fearless than the 1990 TV version; more real. The Muschiettis didn’t shy away from difficult plotlines like sexual abuse, bullying, and homosexuality. It was an excellent decision to allow the films to be R-rated. Fourteen year olds swear; let’s stop pretending they don’t.

And let’s face it: clowns are fucking terrifying, and people love to be scared. Skarsgard does a brilliant job with Pennywise. He feels like a completely separate person.

What draws you in particular to horror as a genre?

Most people have wonderful stories of watching horror films with their parents or siblings. I don’t. My first horror movie was a later Nightmare on Elm Street sequel, watched in secret at a friend’s house when I was 10. I found it funny; not scary. That was when I learned that horror movies don’t scare me. It is going to sound horribly superficial, but in high school, I loved the fact that horror movies disturbed my friends, but not me. I was always the girl who would freak out the guys. I remember showing Cannibal Holocaust to my best male friend. I loved how wigged out he got.

Now that I am older, more mature, I love the creativity that comes with horror. There are literally NO RULES in the genre, so you can get some really bonkers movies. And the really gory, ridiculous movies… I still get a good chuckle out of them.

What advice do you have for women looking to break into writing about horror?

DO IT! I have been very lucky in my career, and with maybe one exception, have never faced any discrimination because of my gender. One of my first junkets, for the Stuart Gordon film “Stuck,” I was the only woman in the room. I made some comment that exposed my deep knowledge of gore and horror, and I was instantly accepted. Since then, there are a lot of women writing about horror.

I think that people’s ideas that horror is a male genre is severely out-of-touch. When I was an editor at FEARnet.com, our marketing department couldn’t seem to accept the idea that our readership was split 50/50 between men and women. In fact, it might have been 60/40, favoring women. In my experience, the horror community doesn’t care about gender or sexual identity. They only care about your love for and knowledge of the genre.

I don’t think there is any secret to breaking into horror over any other type of writing. Be a really good writer. Develop your own style. Listen to editors when they give notes. You have to have confidence in yourself. Don’t be timid; don’t think that people won’t take you seriously because you are a woman. There are so many women in horror now.

And make SURE you know your stuff. Dig deep into the horror genre. Find a subgenre you love and make yourself an expert. Me, I’m all about horror television. My first book was about Friday the 13th: The Series a show many people weren’t familiar with, and had VERY little written about it. I am also a walking encyclopedia on The X-Files.

Who was your favorite person to interview for this book?

The only people I personally was able to interview for the book were Andy and Barbara. I have interviewed them both previously, and they are fantastic. They love film and love talking about it. They are fun and easy to talk to

Finally, who is your favorite member of the Losers Club and why?

That’s tough. I love them all for different reasons. My favorite is probably Bev, because she is a tough chick, who holds her own with the boys, and she is a redhead. When I was a redheaded kid, redheads were rare in TV and films, so I always feel a certain connection when I see one. 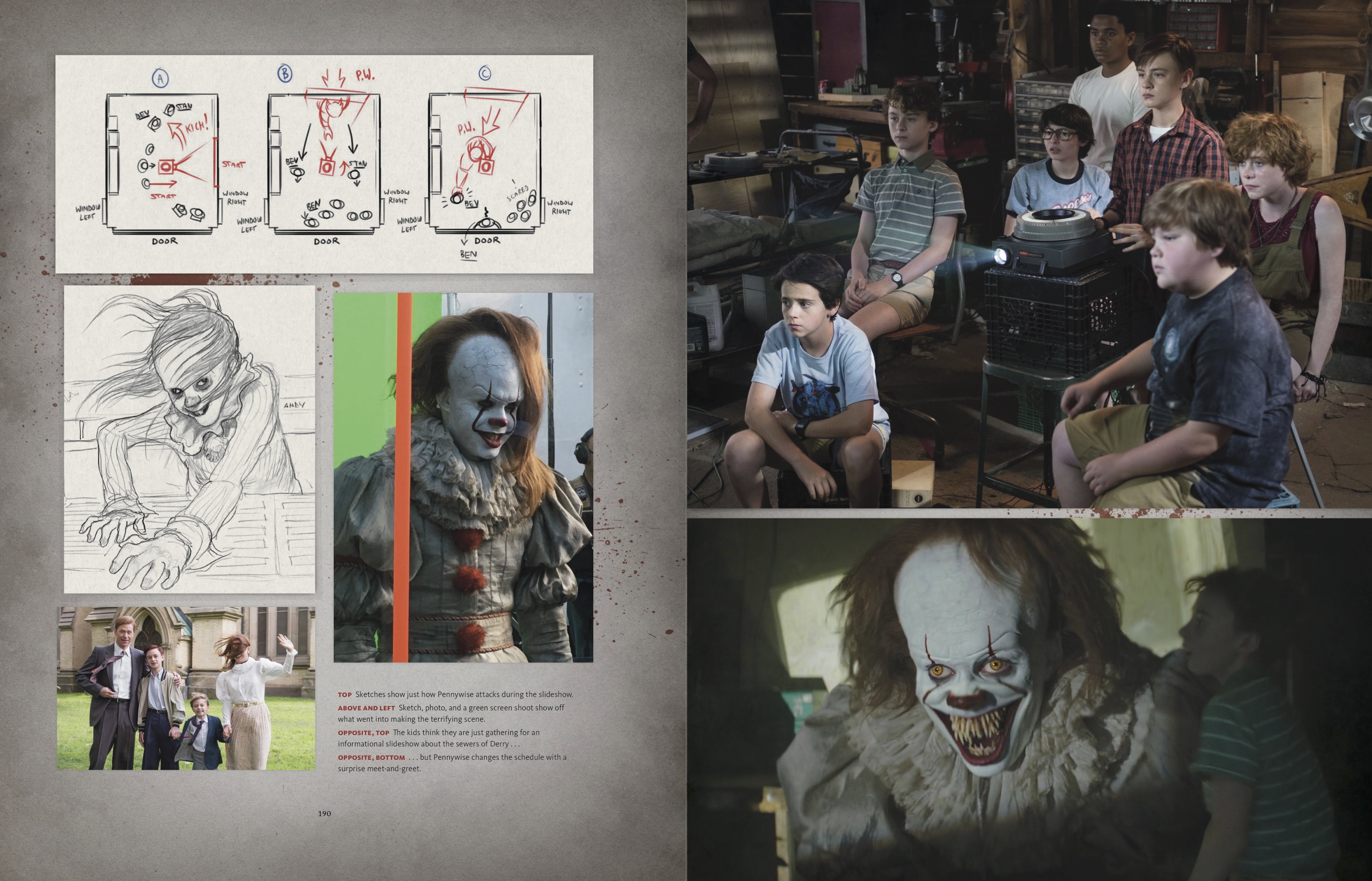