Why Does Alpha 5's Head Look Like the Back of a UFO? | The Mary Sue 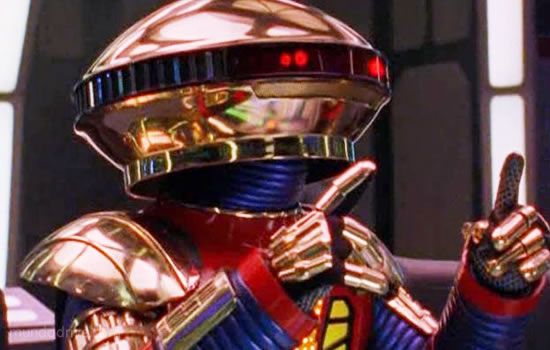 … things on your head, are you okay? Look, we’ve always known you sort of looked like a flying saucer. That’s fine. I mean, it was almost endearing, really. The fact that you didn’t have eyes wasn’t creepy at all, no, it was actually cute that you had a Geordi La Forge-style visor that lit up when you talked. It was adorable. But this new look for the Power Rangers reboot? It’s… well, not a good look, I don’t think. 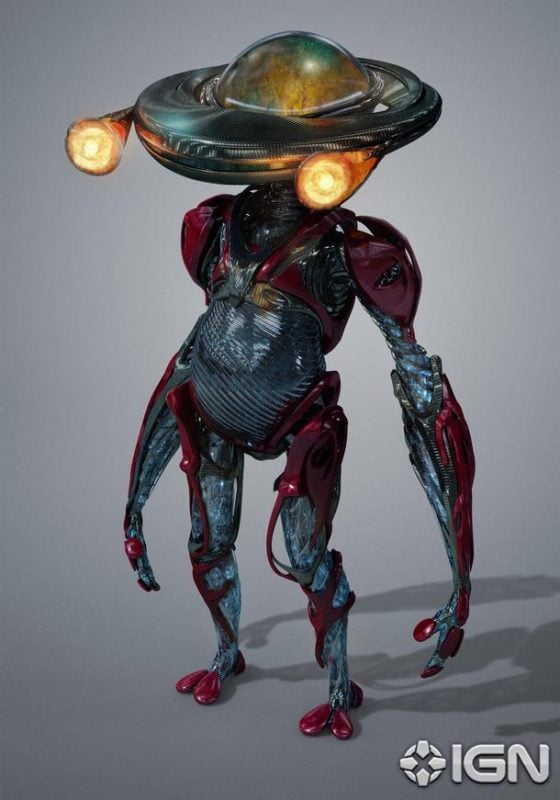 While I’m grateful to the folks at Lionsgate and IGN for sharing some new images of Power Rangers with the world, I find myself filled with many, many questions about you, Alpha 5.

First: those eyes. So, well, I guess the first question would be are those eyes? I mean, I imagine they are, as that’s where I imagine eyes would go, but then again I am an anthropocentric type of being, so… what? Second, why are they sticking out so far from your head? I mean, your head still looks like a flying saucer, and that’s neat, but your eyes make it look like your head is trying to fly away from us at warp speed. What’s wrong? Is it because I’m staring? I don’t mean to be staring. I’m so sorry.

Also, are you short now? You look kind of like the Scotty’s alien work partner in the new Star Trek (I’m sorry, the comparisons to Star Trek will stop, that’s just where my mind is stuck right now). You’re all… stubby and almost monkey-like.

Well, okay, you know, now that I think about it, this is fine. I just remembered that Bill Hader’s going to be your voice, so yeah, you know, I can see this all coming together. Still, though, this movie feels so strangely grimdarkgritty that I wonder how effectively a comic relief slapstick character like you, Alpha 5, will mesh with the rest of the film.