That Time the 'Today Show' Tried To Explain the Internet

Things We Saw Today: Flashback To That Time the Today Show Tried To Explain the Internet 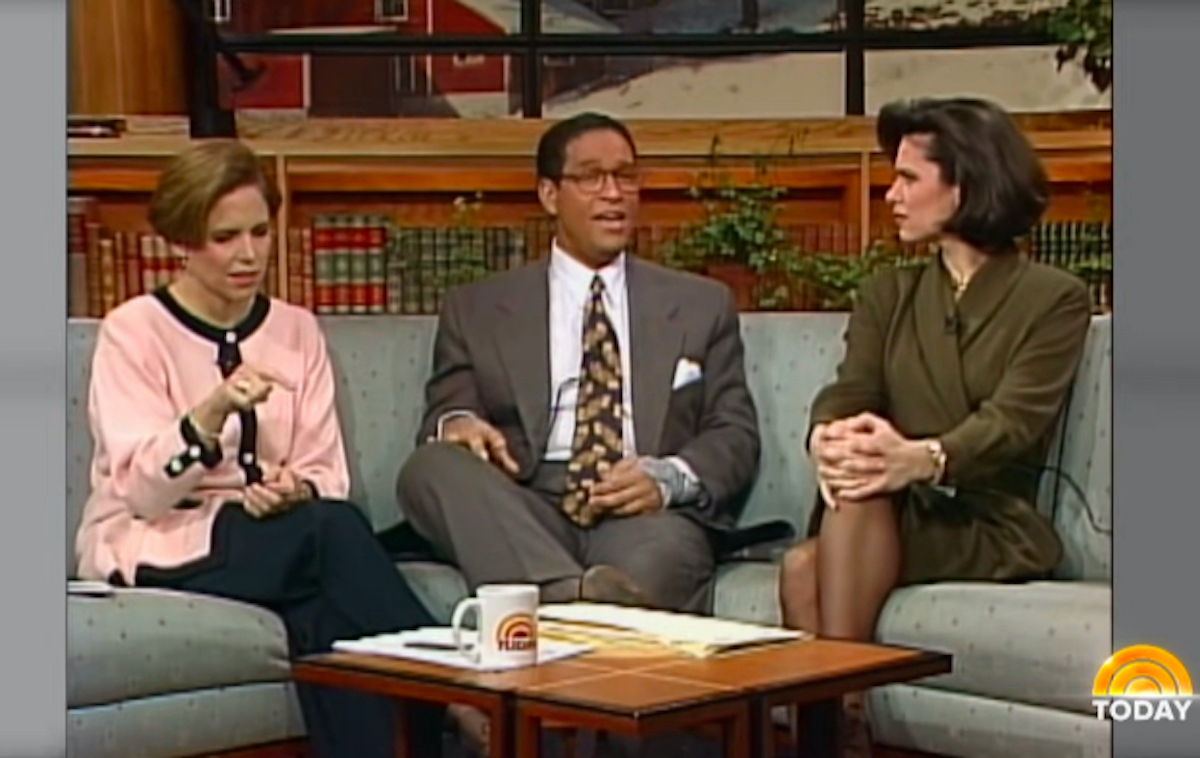 Back in 1994, the hosts of the Today Show famously tried to figure out what the Internet was.

The Internet had already existed in various forms for quite some time but this was pre-Instant Messenger, pre-Yahoo, pre-most things. People were starting to bring the Internet into their homes by 1994 but many—or most—didn’t have access to it, didn’t have interest in it, and/or just had no idea what it was.

Every few years, this clip of Katie Couric, Bryant Gumbel, and Elizabeth Vargas goes viral and there’s really no better example of just how little we all understood about this thing that now dominates basically every aspect of our lives.

In the video, which was the basis of a BMW Super Bowl commercial years later, the hosts are trying to figure out how to pronounce the @ symbol in an email address, also a new concept to them. Is it at? About? Around? This is all new!

Reading the address for viewers to send tips for stories about violence in America, Gumbel reads “violence at NBC GE com,” getting the “at” right but leaving out the “dots.”

While the hosts’ flailing attempts to describe the “computer billboards” that maybe you “write to like mail” are hilarious, I am also 100% certain this is what most of us would sound like if we were asked to describe cryptocurrency or NFTs or any number of things that I’m sure will be commonplace or hugely outdated in 30 years.

What else did we see out there on Internet today?

Happy Monday, everybody! You made it!

Me and my responsibilities pic.twitter.com/xxmxRaL9Pp