Yes, Some Scientists Think They Found Alien Signals. No, That Doesn’t Mean They Did 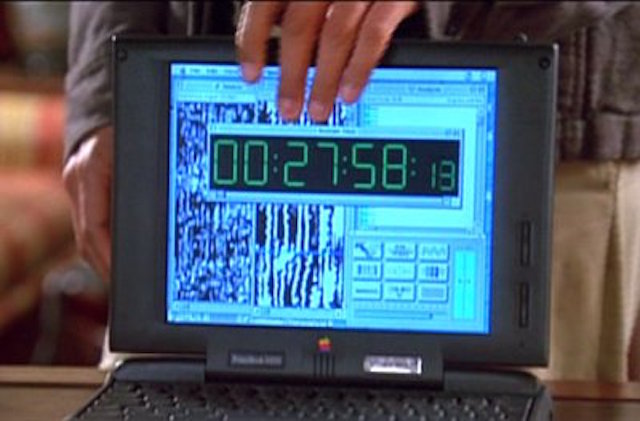 Scientists found signals they believe to be from extraterrestrials! That is, two specific scientists—neither of them Jeff Goldblum in Independence Day—from Laval University in Quebec think they found alien signals in data from observations of stars. (No word yet on whether they’re cycling down to world domination.) Other scientists aren’t so sure that claim is substantiated, but we look forward to watching as they try to figure it out. We’ll be working on our alien computer viruses in the meantime, just in case.

EF Borra and E Trottier had a paper published in Publications of the Astronomical Society of the Pacific, with the title, “Discovery of peculiar periodic spectral modulations in a small fraction of solar type stars.” You might expect a slightly more exciting title for what would be a monumental discovery, in which case, you’ll appreciate the original working version, “Signals probably from Extraterrestrial Intelligence.” Now we’re talking.

The basis of the paper is that patterns were found in the light from a small number of stars in data from the Sloan Digital Sky Survey. They believe the patterns to be consistent with what you’d expect from an alien signal, writing, “We find that the detected signals have exactly the shape of an ETI signal predicted in the previous publication and are therefore in agreement with this hypothesis. The fact that they are only found in a very small fraction of stars within a narrow spectral range centered near the spectral type of the sun is also in agreement with the ETI hypothesis.” However, even the paper itself cautions, “[A]t this stage, this hypothesis needs to be confirmed with further work.”

It seems like that’s the one thing everyone agrees on, with SETI senior astronomer Seth Shostak expressing strong skepticism to Astronomy Magazine: “Apparently several—more than three or four—referees have been disinclined to see this published. I am quite skeptical, in particular of the data processing that can take spectrally sampled data, and infer time variations. So I’d be a little careful.”

Breakthrough Listen, an initiative to search the cosmos for signs of intelligent alien life, agreed that the signal could be promising—if it were verified by more sources. In a statement, they explained that there’s an internationally established 0-10 scale for rating possibilities of extraterrestrial life, called the “Rio Scale.” Currently, they say that this particular research rates at the bottom of that scale, a 0 or 1, in significance. However, that’s not to say it isn’t worth looking into, as independent verification of the signals would cause that number to rise, and Breakthrough Listen is looking to dedicate resources to that verification.

Even if the light patterns can be independently verified to exist at all, they’d still need to rule out possible natural causes before “aliens” would be a suitable explanation. Basically, this is an exciting possibility, but we’ve got plenty of time before we need to call in Will Smith.