A.k.a. yes we can have nice things. 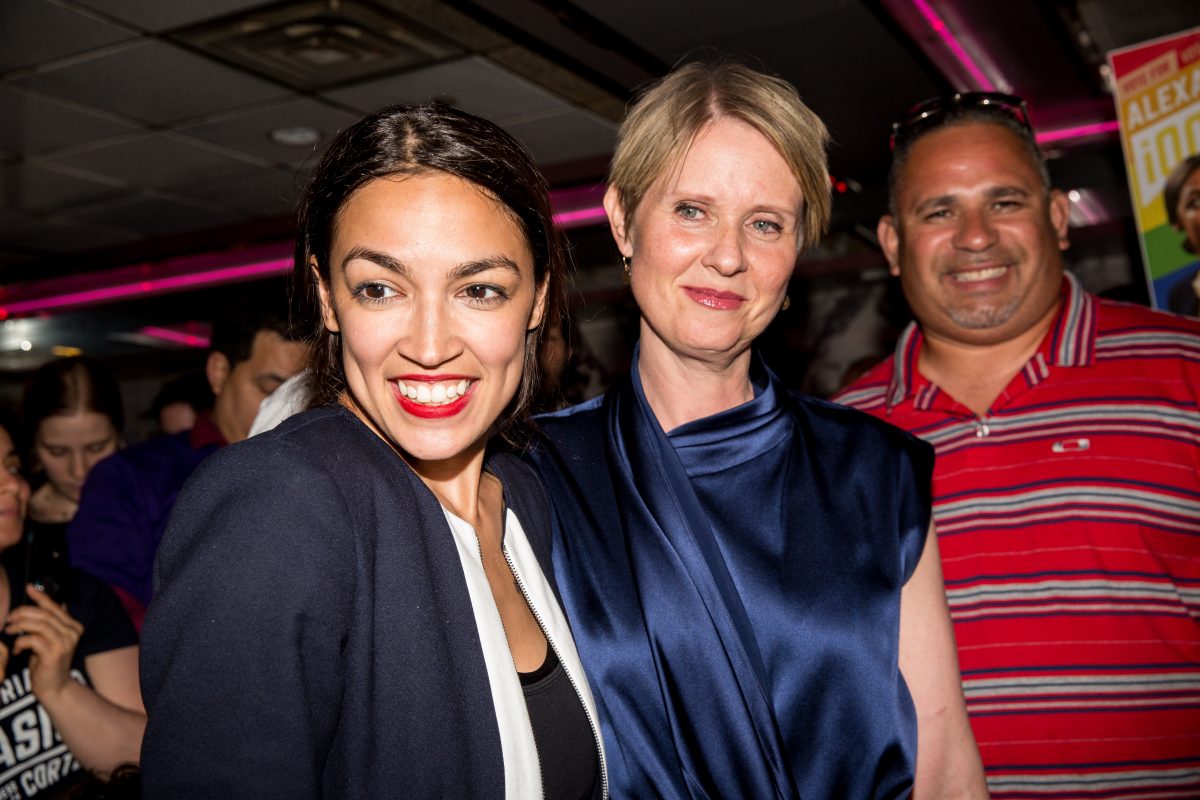 As the Trump/Republican agenda continues to drive a bulldozer through our democracy, it’s easy to feel hopeless. But there’s a light on the horizon. Progressive democratic candidates are slowly scooping up primary wins, and our new political landscape is more diverse than it ever has been.

This was not supposed to happen. Crowley had spent nearly two decades in the House, and was long thought to be Nancy Pelosi’s heir apparent for the role of Speaker. Crowley raised around $3.4 million for his campaign, while Ocasio-Cortez raised a little over $300,000. While Crowley has decades of public service under his belt, the 28-year old Ocasio-Cortez had never run for office. “I’m not running from the left; I’m running from the bottom,” she said in an interview. “I’m running in fierce advocacy for working-class New Yorkers.”

As a card-carrying member of the Democratic Socialists of America, Ocasio-Cortez ran on a wildly progressive platform that included Medicare for all, a $15 dollar minimum wage, and abolishing ICE. And she won without taking any corporate PAC money.

The Republicans and the Trump administration, despite their lies, are completely uninterested in compromising with the Democrats. And they never have been, as evidenced by the congressional gridlock that has defined modern politics. Yet Democrats keep giving them an endless supply of second chances and compromises. Like Charlie Brown, we keep lining up to kick the football, but the Republicans are a bunch of Lucys who take it away at the last moment, causing us to fall on our asses.

So why are we trying to hard to play nice? Why are we endlessly accepting compromises and diluting the needs of our base in the hopes of making a deal with the devil? It’s death by a thousand cuts. Ocasio-Cortez’s win is a sign that people want real change and not more mealy-mouthed sound bites that only serve to maintain the mediocre status quo. The Republicans haven’t played by the rules in decades, and we’ve been letting them get away with it.

Trump’s win proved that there is truly no barrier to enter the highest office in the land. That works both ways, as Ocasio-Cortez says in her viral campaign video, “Women like me aren’t supposed to run for office. I wasn’t born to a wealthy or powerful family—mother from Puerto Rico, father from the South Bronx.” She continues, saying, “Going into politics wasn’t in the plan. But after 20 years of the same representation, we have to ask, who has New York been changing for?”

Playing it safe has been killing us. If Democrats want to make the mythic Blue Wave a reality, they will have to take a risk by supporting progressive candidates who want to change this country for the better. Here’s hoping that more candidates like Alexandria Ocasio-Cortez become the new status quo instead of the long shot.