Alex Jones Crashed Jack Dorsey’s Congressional Appearance, Was Reminded No One Cares About Him 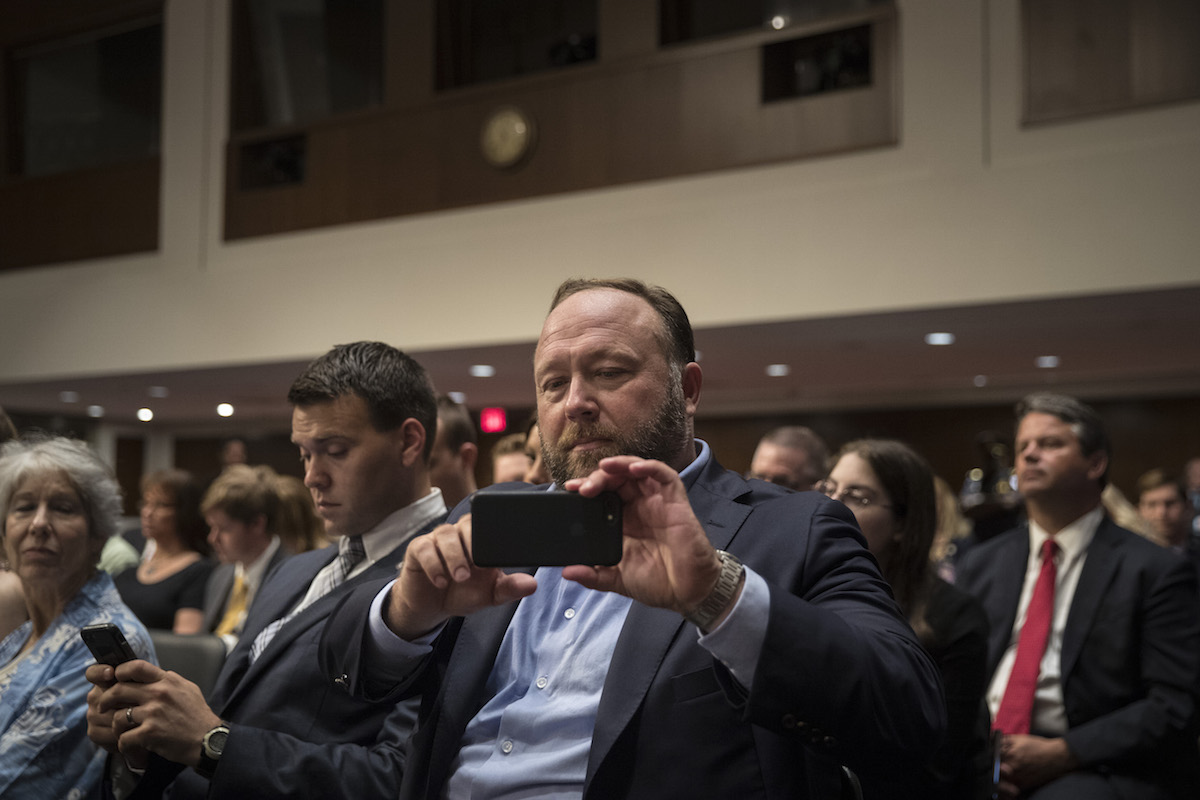 Twitter’s Jack Dorsey and Facebook’s Sheryl Sandberg appeared in front of a Senate Intelligence Committee Wednesday to address issues of security and foreign influence on American elections. At some point, the conversation (prompted by Rep. Mike Doyle), switched over to issues of shadowbanning and false accusations that Twitter is silencing conservative voices.

As pointed out by multiple lawmakers, the hearing was largely pointless. Most of Twitter focused instead on Jack’s new beard.

very smart of jack to adopt the “iraq war veteran who now runs a conservative water bottle company” look for his testimony to congress pic.twitter.com/5fKa91nUZk

But the most ridiculous part of the whole hearing was the fact that Alex Jones crashed it and tried, unsuccessfully, to make it about himself. Here he is, cornering Marco Rubio and steamrolling an interview with actual journalists.

If you can’t make it through the whole video, it’s just two minutes of Jones interrupting Rubio and journalists, calling Rubio a “frat guy” and a “little gangster thug,” insisting that he’s being silenced while Rubio just rolls his eyes and repeatedly tells him he doesn’t know who he is. Things start to get really heated when Jones pats Rubio and the back and the senator warns Jones not to touch him again, saying he would “take care” of Jones himself if he did again.

Only Alex Jones could make Marco Rubio look this good.

Alex Jones is currently yelling at me pic.twitter.com/wNqCg9I6dt

What makes Jones’ appearance so much more bizarre is the fact that Dorsey famously hasn’t banned him or his site from Twitter.

Alex Jones is yelling at @Jack even though he and InfoWars are STILL ON TWITTER, thus proving nothing will ever ever EVER be good enough for these people.

To them, “fairness” means “I always win.” Any deviation and they will ALWAYS turn on you. https://t.co/L6XubJckD4

Jones wasn’t the only alt-right conspiracy theorist at the hearing today. Laura Loomer, who lost her verified blue check mark for being racist, interrupted Dorsey’s testimony. It’s hard to tell what she’s saying because Rep. Billy Long did a spot-on auctioneer impression over her rant, causing the entire room to burst out laughing.

Obviously, it’s Loomer’s right to protest, just as it is for those protesting Kavanaugh’s hearing. But those protestors are fighting the appointment of a Supreme Court Justice who they have good reason to believe will be dangerously regressive on issues of women’s reproductive rights, nominated by a president undergoing a criminal investigation. Laura Loomer wants her blue check mark back.

Forgive us if we don’t take her quite that seriously.