Alan Turing Officially Given That Royal Pardon, But What about Everyone Else Convicted of Gross Indecency?

Remember, human decency only applies to you if you are famous. 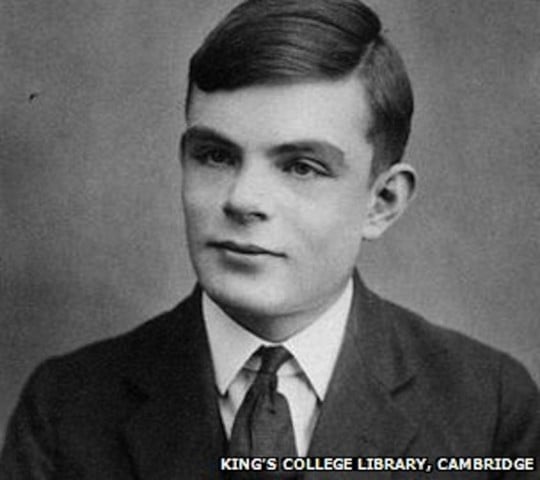 Remember that online movement to pardon Alan Turing that began to pick up steam six months or so ago? Well, it’s finally paid off — the famous cryptographer received a formal pardon from Queen Elizabeth II yesterday for being convicted of charges related to homosexuality in 1952. Just him, though. Apparently all the other convicted homosexuals are out of luck.

To bring you up to speed, Alan Turing was tried in 1952 of “gross indecency” for having a consensual sexual relationship with another man. The conviction stripped him of the security clearance he’d been given while breaking the German Enigma code during World War II, and he was also forced to undergo chemical castration as an alternative to prison time.

An official apology from the British government was released in 2009 by Prime Minister Gordon Brown, who called Turing’s ordeal “horrifying” and “utterly unfair.”

However, the Cameron-led government refused to issue a pardon for Turing last year, so a few British citizens put together an online petition on the HM Government e-petition site (which is basically the British version of the White House “We The People” website) to officially request a pardon. The petition received over 35,000 signatures and got a lot of support from scientists around the world, including Stephen Hawking.

Of course, this pardon is a big deal — after all, it’s not very often that the queen uses her “royal prerogative of mercy” to pardon British civilians, but at the time that Turing finally committed suicide in 1954, there were 1,059 men serving out sentences for “gross indecency” related offenses in both England and Wales. What about all of those guys? Don’t they deserve pardons as well?

As former senior editor Ian Chant first noted when we covered the movement back in June, of course Alan Turing deserves the pardon, but only choosing to pardon him might set a bad precedent:

Chemically castrating a person for their sexuality isn’t wrong because that person was also a war hero with some name recognition. It’s wrong because it’s wrong. Granting Turing a pardon because he’s Turing, and not because the law was a bad and unfair one muddies the waters. It allows the government to pat itself on the back for doing the right thing where Turing is concerned, while issuing itself a pass for the fates of thousands of other men who were imprisoned under the “gross indecency” statute, or who lived under the constant threat of blackmail for over their actions because of the provisions of the law.

We suspect that Chris Grayling, the British Junior Secretary who made the request to the Queen and who officially announced the pardon yesterday, probably didn’t bother to mention exactly how many men were imprisoned and targeted due to this law, but at least we’ve gotten to the point where public opinion is against the idea of such horrible laws in the first place. We suppose that’s a step in the right direction. Now, let’s start a petition to pardon all those other guys, too.

(via The New York Times, image via Cambridge Libraries)