Alan Turing, Codebreaking Hero Persecuted for His Sexuality, Finally Gets a Proper Obituary 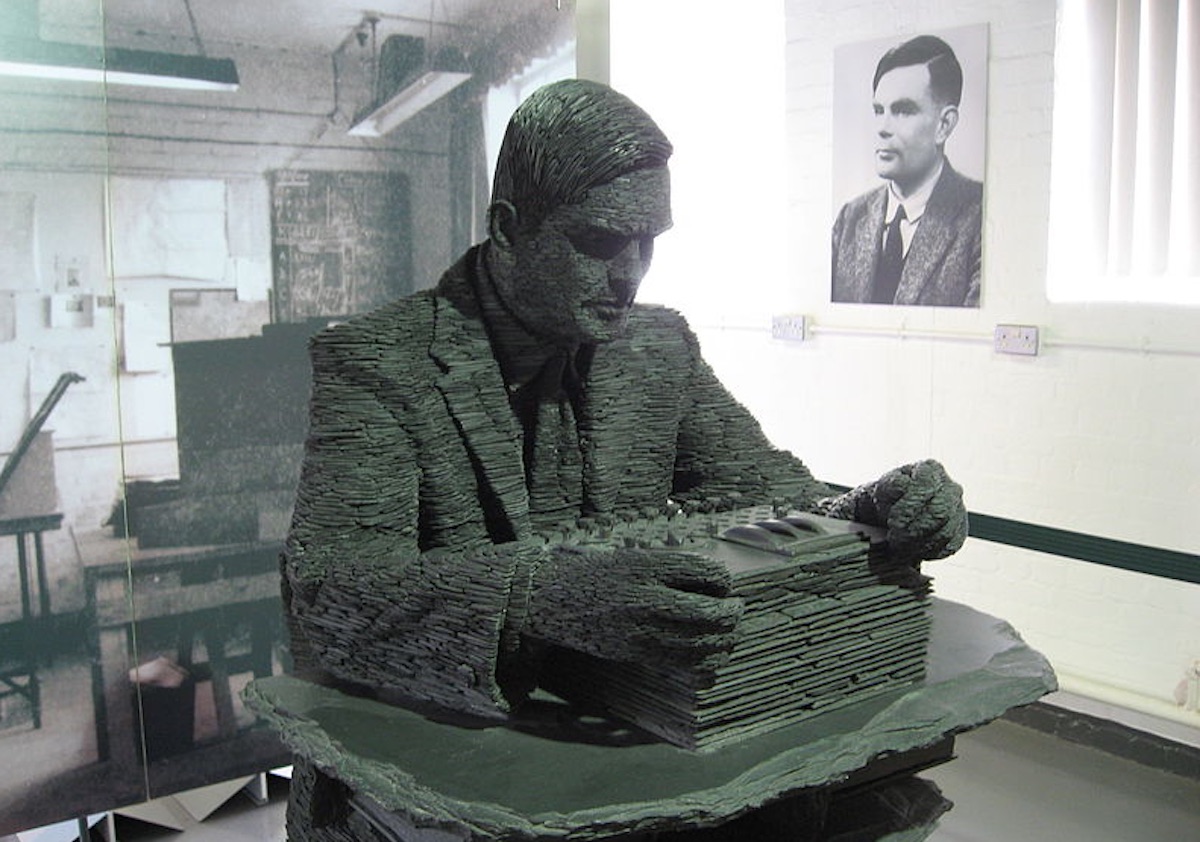 The New York Times is on a mission to provide obituaries to “remarkable people” whose deaths went unreported by the newspaper in their time. Now this series, “Overlooked,” turns to Alan Turing and the incredible peaks and horrific lows of his story. Turing helped change the course of World War II through decryption and is considered a father of computer science and A.I, but would fall victim to Britain’s draconian anti-gay laws. The Times‘ Turing effort is a fitting addition to Pride Month.

Alan Mathison Turing (1912-1954) has become somewhat of a folk hero to the nerd denizens of the Internet, and there is increasing widespread cultural awareness about his life and his acts. Turing’s work at London’s Bletchley Park decrypting German code during World War II likely sped the Allies to a faster victory, saving countless lives, and he was a pioneer in the fields of what would become modern computing and artificial intelligence. He left behind the concept of the “Turing Test,” intended to measure a machine’s ability to “think” and be indistinguishable from a human, a marker that has yet to be passed. “Unabashedly” queer, he is now in the words of Live Science also considered a “gay icon.”

On June 7, 1954, Alan Turing, a British mathematician who has since been acknowledged as one the most innovative and powerful thinkers of the 20th century — sometimes called the progenitor of modern computing — died as a criminal, having been convicted under Victorian laws as a homosexual and forced to endure chemical castration. Britain didn’t take its first steps toward decriminalizing homosexuality until 1967.

[…] the police were investigating a burglary at his home when he admitted to having had a physical relationship with a man named Arnold Murray. Murray told Turing that he knew the thief’s identity, and detectives, in their questioning, asked Turing about his relationship to Murray.

In March 1952, Turing and Murray were charged with “gross indecency,” and both pleaded guilty in court. Murray was given a conditional discharge, but Turing was ordered to undergo chemical castration by taking doses of the female hormone estrogen to reduce sex drive. Two years later, the motive for his apparent suicide, at age 41, remained unclear and left many questions.

It seems hard to fathom that Britain would have tortured and criminalized a brilliant man who helped change the tide of a world war simply for his sexuality, but this awful fate has become as part of Alan Turing’s legacy as his genius. Imagine having assisted—through your insight and innovation—in bringing to an end such a brutal, bloody conflict only to be attacked on the quiet home front.

The British government did not apologize for the country’s treatment of Turing until 2009, and an official royal pardon from the Queen for his “crimes” was not forthcoming until 2013. Even these long-overdue moves came about only because of public pressure, campaigns, and media coverage. Thankfully, his name and achievements are now broadly known, even if some folks only encountered him in the sensationalized Benedict Cumberbatch-starring movie The Imitation Game. It’s a start for a man who deserved so much more.

To this day Turing is recognized in his own country and among a broad society of scientists as a pillar of achievement who had fused brilliance and eccentricity, had moved comfortably in the abstruse realms of mathematics and cryptography but awkwardly in social settings, and had been brought low by the hostile society into which he was born.

“He was a national treasure, and we hounded him to his death,” said John Graham-Cumming, a computer scientist who campaigned for Turing to be pardoned.

The ubiquity of the Internet has at least ensured that Turing’s accomplishments will not marginalized again. Check out the new Times obituary for an in-depth look at his life and essential contributions to computer science and humanity.