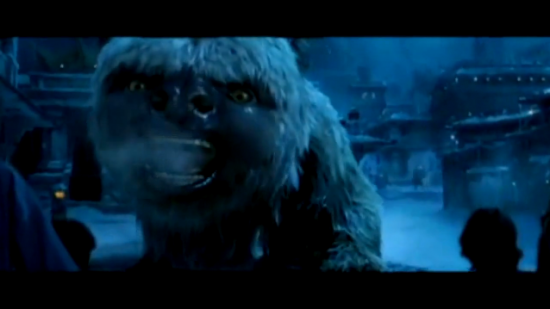 Avatar: The Last Airbender (A. K. A. the real Avatar) is nearly upon us, and so we’re down to the final few TV spots to pour over.  Unnervingly, we haven’t seen much character dialogue in the released footage, leaving many fans still in suspense over the quality of the acting in the movie.

Even I, who have been pretty relaxed in the knowledge that if the movie is awful, it will still be pretty, and I can just go home and watch all four Sozin’s Comet episodes to make myself feel better, am getting a little worried.

And then there’s Appa’s face.

What the heck.  That is really quite creepy.  The best explanation I’ve seen so far is that prey animals (like bison) have eyes on the sides of their heads, and so moving them to the front without changing rest of the facial structure tips us right into the Uncanny Valley. 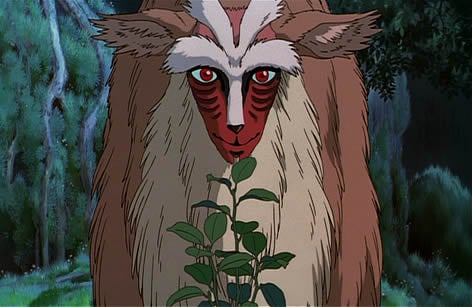 Maybe he’ll look better when he’s not in the dark.

I’ll just have to keep all the lights on until I figure it out.