We Need to Talk About Agnes on WandaVision 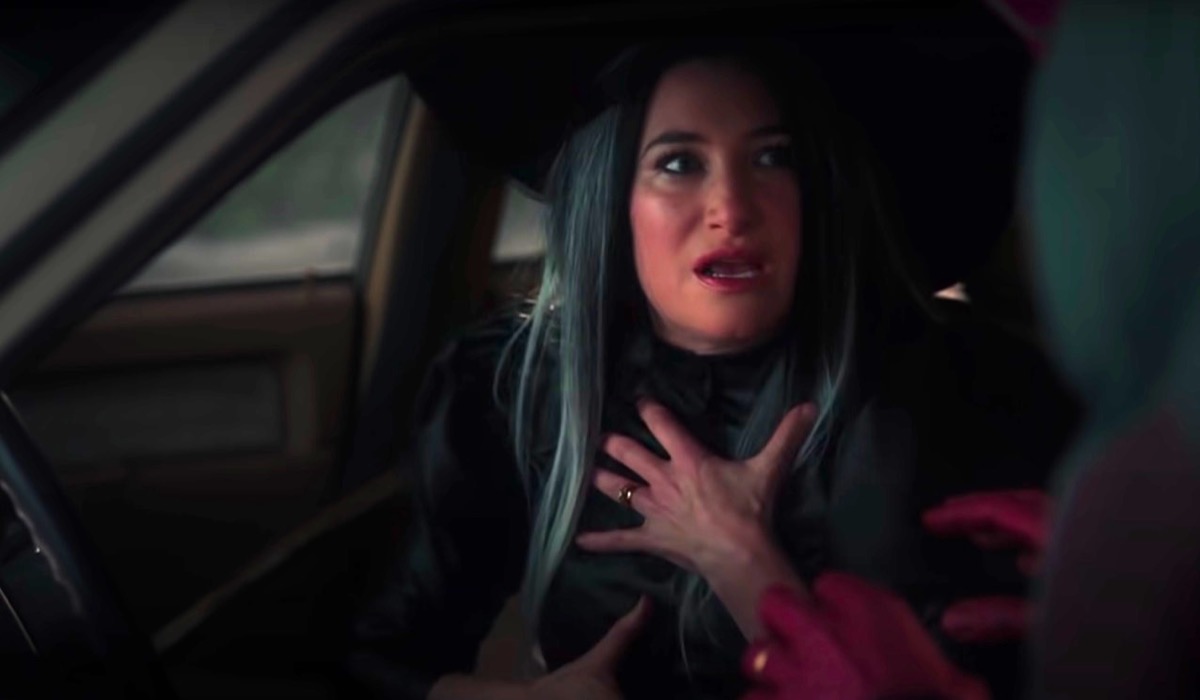 From the beginning of WandaVision, Agnes has been there as the nosy neighbor. Seemingly just another cog in this small town, she was the one who always came by to help Wanda and Vision and was probably controlled by Wanda, just like everyone else.

But there has been one WandaVision theory that seemed universal and this week, we finally got an answer and somehow, it did not disappoint.

**Spoilers for the WandaVision episode “Breaking the Fourth Wall” lie below**

Since Kathryn Hahn’s Agnes came on screen, one theory remained superior to others: Agnes was going to be Agatha Harkness. A witch who has been around since before the Salem Witch trials, she’s a character that has battled Wanda Maximoff before so her involvement in the series wasn’t really a shock.

What was shocking was how much Agatha was in control of things. From the start of this show, I have defended Wanda Maximoff because she’s my sweet baby. But also because I didn’t think she was fully in control of everything happening to Westview. I knew that she didn’t just decide to go to Westview for no reason and so the reveal that Director Tyler Hayward was trying to reanimate Vision’s body gave me that justification.

But Agatha being the puppet master? That’s even more interesting. Throughout the show, it has seemed as if Wanda was doing everything but something just didn’t sit right. And so at the end of “Breaking the Fourth Wall”, we get a look at Agatha’s witchy basement, she tells Wanda that she’s not the only witch around, and then we see a series of shots of Agatha throughout the “show” manipulating situations around Wanda.

I mean…I’m going to have “It was Agatha all along” stuck in my head for the rest of my life.

But all of this opens up a world of possibilities for what’s coming to WandaVision and the future of the Marvel Cinematic Universe. While I do think that Agatha is going to be WandaVision‘s “big bad”, I think that she’s going to connect to Mephisto that will lead to things like Doctor Strange in the Multiverse of Madness and Tom Holland’s third Spider-Man movie.

I also think Agatha Harkness has done something to the twins and it will lead into a reverse House of M situation for Wanda but that’s just my own theories. Still, having the confirmation that Agatha was extremely involved in what was happening to Westview changes a lot of this show (and more importantly, a lot of how people were judging Wanda).

I am forever going to be a Wanda Maximoff apologist but the fact that she wasn’t fully in control and Agatha was there pushing it along gives me a lot of satisfaction. I knew my girl couldn’t do all this damage herself.

Anyway, I’m interested to see what Agatha reveals because there is plenty to explore in her basement and the fact that she’s controlling Pietro (who found Monica snooping in the after credit scene) means that we could be seeing a Monica/Wanda team-up in the next few episodes and that’s got me very excited.