After 119 Years, Abortion Is Now Decriminalized in Most of Australia 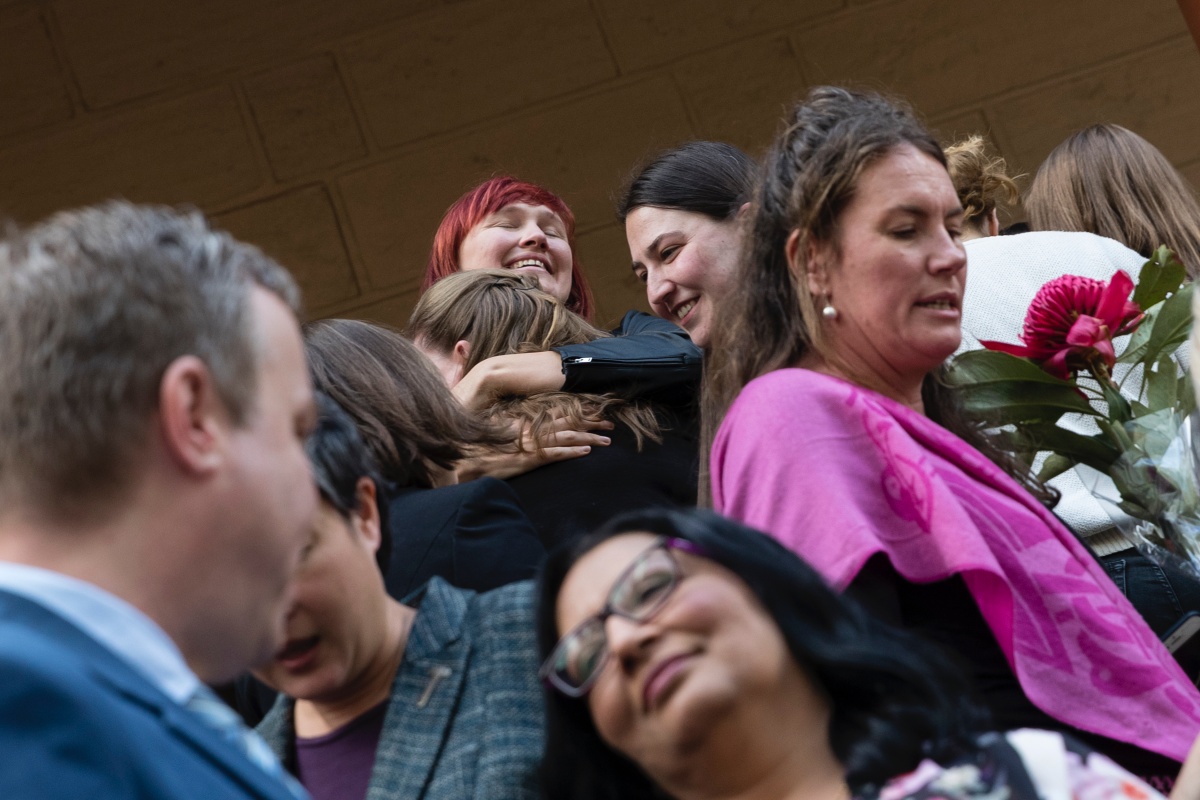 Almost all of Australia has decriminalized abortion now that the country’s most populated state, New South Wales, has voted to overturn a 119-year-old law that limited a woman’s right to choose.

On Thursday, reports CNN, lawmakers in Sydney (which is a part of NSW), voted to pass a bill that decriminalizes abortion and makes the medical procedure available to people who are less than 22 weeks pregnant. Before this bill, getting an “unlawful abortion” was listed in the Crimes Act and carried a possible penalty of 10 years in prison for a woman who administered her own abortion.

According to the law, in order to get a “lawful abortion,” a doctor needed to agree that a woman’s physical or mental health was in serious danger if she continued with their pregnancy. Thankfully, the new law no longer requires anyone to have to prove their mental of physical health will be impacted. After 22 weeks of pregnancy, there will need to be two specialist medical practitioners to sign off on the abortion.

Now, aside from the state of South Australia, whose abortion laws are currently under review, abortion has been decriminalized in all of Australia.

South Australia Abortion Action Coalition tweeted out: “And there you go folks Abortion has finally been decriminalised everywhere in Australia …. oh yeah except here in South Australia! Congratulations NSW now lets gets this done here SALRI due to hand their report to the Attorney General by the end of October”

And there you go folks Abortion has finally been decriminalised everywhere in Australia …. oh yeah except here in South Australia! Congratulations NSW now lets gets this done here SALRI due to hand their report to the Attorney General by the end of October #50yearssincereform https://t.co/OPp02P1p7J

The New South Wales law change was controversial with the usual people: religious groups, anti-abortion activists, and MPs raising concerns. They used the usual dog-whistles of “late-term abortion” and rhetoric about people using abortions to select the sex of their child.

Former Prime Minister Tony Abbott was a vocal opponent of the bill, and The Catholic Archbishop of Sydney Anthony Fisher said the legislation “may be the worst law passed in New South Wales in modern times,” and said it was a “defeat for humanity.”

Many anti-choice protestors had signs that stated “pro-woman, pro-life, pro-child,” or something to that effect, in an attempt to seem as if they valued the life of the mother, when in truth they are tying to “both sides” the issue and make it seem as if they are treating the mother and “child” equally. It is clear from their rhetoric that they inherently believe that the “child” is of more importance.

New Zealand currently has a similar bill to decriminalize abortion currently going through its parliament.

But it’s not just Aussies who are celebrating this kind of progress in terms of women’s health. Al Jazeera reported that the southern Mexican state of Oaxaca has also decriminalized abortion, making it the second jurisdiction in the country to allow terminations for women who are up to 12 weeks pregnant.

Fundar Mexico, a rights group, has called this move a “historic day for the women of Oaxaca.” According to the government’s figures, thousands of backroom abortions occur every year in Oaxaca, which is one of the poorest states in Mexico, and fatalities from these backroom abortions are the third cause of death among women in the region. Additionally, roughly 20 women have been imprisoned in Oaxaca for illegal abortions since 2016, according to the newspaper El Pais.

“In Oaxaca a year more than 9,000 women undergo an abortion and according to the latest data, 17 percent are indigenous women under 20,” Natalia Torres, a legal representative of the women’s group March 8, told Al Jazeera.

Mexico City is the only other region that allows legal abortion. The other 31 Mexican states only permit abortion in cases of rape.