Ex-Hacker Who Turned in Wikileaks Leaker Explains His Actions 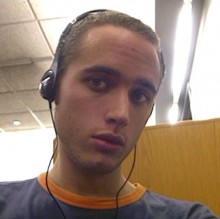 It recently came out that Army intelligence officer Bradley Manning was arrested by federal officials for his role in reportedly leaking “classified U.S. combat video and hundreds of thousands of classified State Department records” to whistleblower site Wikileaks. This ‘classified U.S. combat video’ includes Collateral Murder, the video of U.S. military personnel killing civilians and a Reuters photographer which caused waves of controversy when it was released in April.

As it turns out, Manning was turned in by Adrian Lamo: A hacker best known for hacking the New York Times‘ internal computer system who had been the subject of multiple Wired and Wired.com reports, from which Manning learned about him and attempted to reach out. In an interview with the Washington Post, Lamo explains why he did what he did:

Lamo said he agonized over whether to report Manning. In the interview, Lamo noted that he had been arrested for hacking into the Times’ Web site. “I’ve been in shackles and been manhandled by guards,” he said. “So it’s not like I’m sitting in some ivory tower here.

Ultimately, Lamo said, he decided that the material — which he was told included information about a “covert military operation” — was too sensitive.

On his Facebook page Sunday night, after Manning had been detained, Lamo said he was “heartsick” for the specialist and his family. “I hope they can forgive me some day for doing what I felt had to be done.”

He added: “I’ve never turned anyone in before, and don’t plan to again. But he was like a kid playing with a loaded gun. Someone was bound to get hurt.”

Without getting into the murky ethics of what Manning did, two points suffice: One, even if you disagree with what he did, it’s hard not to feel for him after reading the Post article and getting a sense of his loneliness and frustration in the military, and two, even if you read an interesting article about someone, you should think twice before confessing possibly criminal acts to a stranger online.