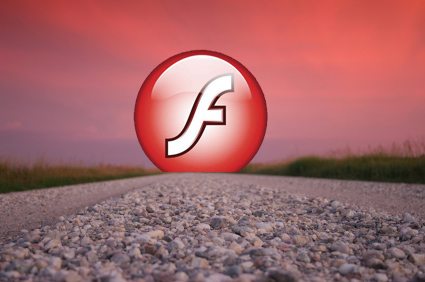 Adobe has announced that, from here on out, they will no longer be supporting Flash for mobile devices. After the release of Flash Player 11.1 for Blackberry and Android, there won’t be any new revisions to support future OS verisons or browsers or anything. Mobile Flash is dead in the water. Adobe will hop back in there to release some “critical bug fixes and security updates,” but other than that, Adobe is leaving mobile Flash to focus on — you guessed — it HTML5, which is more universally supported on mobile devices. PC Flash is still totally a thing though, of course, and Adobe is already at work on Flash 12. For your mobile devices, however, you can wave goodbye as Flash rides off into the sunset.

This announcement also comes alongside an announcement that Adobe will be “restructuring” on the whole, resulting in a loss of about 750 jobs in North America and Europe. According to the announcement, this restructuring is to “align resources around Digital Media and Digital Marketing.” The Flash announcement and the restructuring announcement don’t actually make any mention of each other, but it’s not hard to imagine that they might be at least a little related. Either way, Adobe is clearly trying to position itself for the future, and trying its best to get rid of some of the excess bulk it feels has been weighing it down.

And the Flash mobile statement here.