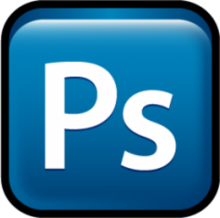 CSI has made somewhat of a meme (no, not the sunglasses) out of image ENHANCEment, and people knowledgable on the subject have done a lot of work to explain to us that it is not how image enhancement works. Adobe, ever the photo-editing pioneer, is aiming to change that, and with the unveiling of their new unblurring algorithm, it seems that they have taken great strides toward the CSI fantasy.

The unblur feature was shown at Adobe’s MAX 2011 where it was used to clarify a blurry picture of a crowd at what appears to be a mall. The algorithm actually calculates the movement of the camera during the time the shutter was open and uses it to retroactively correct the blurring that occurred. Impressive. Perhaps as shocking as the unblur feature itself was the crowd’s reaction. Immediately after the demonstration, there were first gasps, then applause, then several shouts of “That’s impossible” and “H-how does it do that?” No word on when the feature will be available to the public, but it has to take some serious computing power. Still, it’s an incredible advancement. We are living in the future, my friends.

Video below. Watch it. Really. It’s a little shaky, but the crowd reactions alone are worth it.

The unblurring proper is around 1:10.

Update: Joe2 in the comments mentioned that the guy who kept talking was Rainn Wilson, of The Office fame. I looked into it. I think he’s right. From the Adobe Blog

This year Rainn Wilson from the Office brought his sarcasm to the stage as the emcee at that event and was especially impressed with some of the technology we showed running in Photoshop. He kept the room laughing throughout each demo and it was great to see his reactions to Adobe innovation.

Very positive spin from Adobe though; one can understand why. Also Weezer played at that event. Weird.