Meet Brad, the Toaster Who Wants to Break up With You

I don't want no scrubs, Dave. 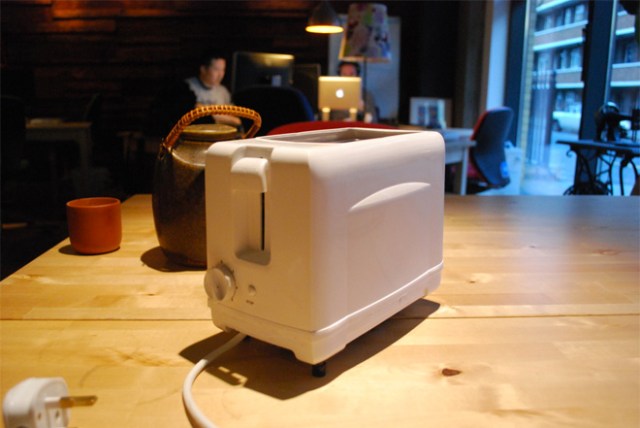 If you like your household appliances to come with emotional baggage, then Brad is the toaster for you. Star of the experimental Addicted Products, Brad is programmed to be painfully aware of how much attention he’s receiving and to burn inattentive human owners as effectively as any piece of bread.

German designer Simone Rebaudengo programmed Brad and his sentient toaster brethren, and has this to say about why he built kitchen appliances that desire more than fresh slices of bread and electrical current:

It’s a network of toasters that don’t have owners but are hosted by people that apply for them. They are toasters that love to be used, with agency and desire and become jealous of other toasters that are appreciated more. If one doesn’t use an Addicted Toaster enough, it will try to transport itself to someone else that makes more toast.

If Brad decides he’s not receiving enough tlc (toast love and care), he pings the Addicted Products network to find another host and then calls UPS to pick him up.  If the thought of being dumped before breakfast resurrects old abandonment issues, Rebaudengo says his experiment is more than just a cruel attempt to reveal our deepest insecurities. His toasters are designed to simulate the future and prepare us for a world where people may not have “keeping power, but buying power” towards products.

In the future, Rebaudengo says society will be faced with “truly smart” products that anticipate our needs (surely you don’t have to watch that episode of The Voice. Do you really want the thermostat to be that high?) and will gladly wreak vengeance when not receiving the attention they deserve. 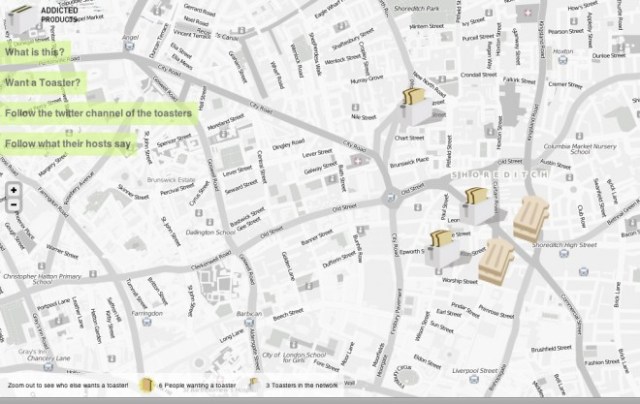 However, in Rebaudengo’s imagined interconnected kitchen of petty product rivalries and politics, Brad’s decision to simply pack up and move on to another unsuspecting human may be the most positive outcome. Rebaudengo speculates on his website, “What would be its ultimate extreme decision? Stop working? Sell itself? Suicide?”

If you want a toaster capable of killing itself, you can volunteer to foster an Addicted Product. Personally, I think human interactions are sufficiently fraught.

(via Wired, image via Simone Rebaudengo)