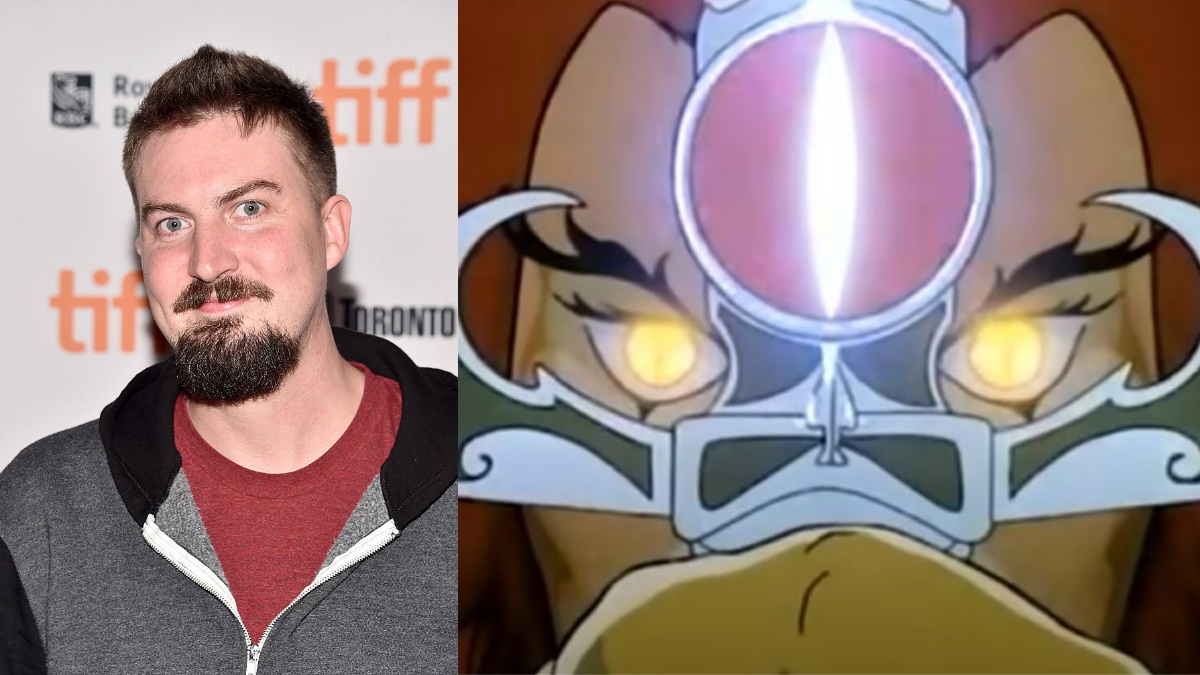 Whenever I see conversations about beloved childhood franchises, I’m immediately transported back to the ’80s. I’d sit between my mother’s legs as she braided my hair, the two of us watching our favorite cartoons together. Out of all of the copious amounts of Jem, He-Man and the Masters of the Universe, and She-Ra: Princess of Power, there’s one cartoon that, to this day, still gets us pumped if either of us mentions it.

Apparently, Godzilla vs. Kong director Adam Wingard feels the same way—minus the hair braiding, I suspect. ThunderCats is a series that’s been near and dear to his heart since he was in high school, according to an interview with Deadline. Now? Warner Bros. has brought him on to direct the passion project he’s had in his heart for decades.

ThunderCats is a dream project for me. When I was in high school, I was obsessed with it. You’d think at that point, I was a little too old, that my years of obsession with ThunderCats would be when I was 6 years old. My real obsession with ThunderCats came in high school, the pinnacle of me deciding I wanted to be a filmmaker, and pushing in that direction…I actually spent most of my 10th grade year, I completely blew it. I didn’t pay attention in school, made terrible grades. And the reason? I was writing my ThunderCats screenplay through my entire 10th grade year. And I was hand-writing it. The screenplay itself ended up being 272 pages long. I still have it. It was one of those things where I would carry around my notebooks and talk about it. I didn’t even realize the kids in my class were making fun of me as they would ask me questions about my ThunderCats screenplay. It was only one day my friends asked me and I was excitedly telling him all these things about my ThunderCats screenplay. And I heard him turn around to some of the girls in the class, these were girls I had crushes on, and he’s making fun of me for writing ThunderCats! Because it was ridiculous. But that was the first moment where I had a though that maybe I would not be able to make the ThunderCats movie. I thought, am I crazy for obsessing over this, thinking it’s something you can just do? As it turns out, when you’re a kid in Alabama with no resources or connections to filmmaking, it is impossible to make a ThunderCats film. But flash forward, 20 years later and here we are.

Since Wingard and I are only a year apart, we would’ve been in high school at the same time. I, most definitely, would’ve read his ThunderCats screenplay if he, in exchange, read my Mead Composition notebook full of Dragon Ball Z and Gundam Wing stories. That’s where I was in high school, having had my ThunderCats phase back when I was a kid.

His comment about thinking the obsession would’ve been when he was six speaks to me because, well, I WAS six when I got into ThunderCats, lol!

When it comes to adaptations of nostalgic properties, ThunderCats is something I’ve been quietly waiting for, if for nothing else, for a resurgence of the fandom—especially since, when I originally watched it, I had no idea what a fandom even was. With every Ninja Turtles and G.I. Joe, I waited for something ThunderCats-related for the big screen. Of course, we all know adaptations of these stories can be very hit-or-miss, but knowing that Wingard is SO enthusiastic about it makes me want to see his vision for Thundera.

Nobody on this planet knows or has thought as much about ThunderCats as I have. They gave me the reins. I saw this as an opportunity to do a new type of fantasy sci-fi spectacle film that people have never seen before. It’s got a rich mythology; the characters are fantastic. The colors. I want to do a ThunderCats film that takes you back to that ‘80s aesthetic. I don’t want to reinvent the way they look; I want them to look like ThunderCats.

Wingard also says he doesn’t want to do a live-action movie: “A hybrid CGI film that has a hyper-real look and somehow bridges the gap between cartoon and CGI. That’s the starting point, and Simon Barrett (who did You’re Next with Wingard) and I are getting into the script now.”

I’m very happy Wingard and Barrett are embracing animation for this—not that every live-action cat property is gonna look like, well, you know, but considering all the action and the general look of the ThunderCats, I think having our heroes animated is the right way to go. I just don’t think a live-action, speedy cheetah humanoid or whip-cracking tiger humanoid would be that visually appealing. I want to fully see that wildly colored ’80s aesthetic, and I think the best way to do that would be with animation.

There’s no word on how closely this will follow the original story, but I imagine we’ll get the core elements: the ThunderCats were forced to leave their dying home planet, Thundera, and ended up on “Third-Earth.” On the way, our main characters are put in a state of suspended animation, but when they land they discover that Lion-O (who is meant to become the Lord of the ThunderCats) didn’t stop aging physically, but mentally, he’s still a child. The series focuses on the group making a home on Third-Earth as Lion-O comes into his role as Lord of the ThunderCats, and of course, the various evils they face along the way.

Are you excited for a big-budget ThunderCats movie? What are some “must-haves” for this upcoming release?