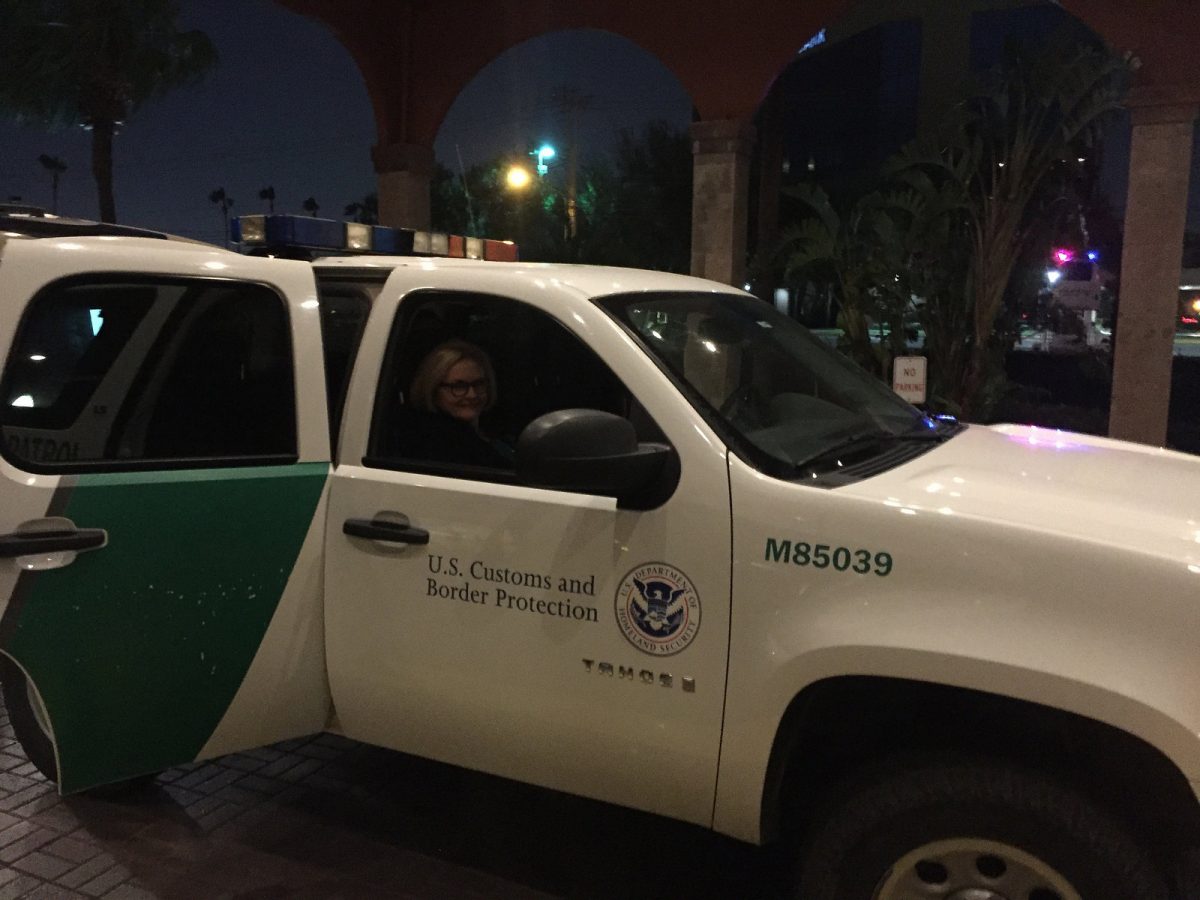 It’s really easy to find outrage about the Trump Administration’s horrific attitude toward foreign countries (a.k.a. “shitholes”) and immigrants (a.k.a. “rapists” or “criminals”). But the truth is, the U.S. Government has been treating immigrants like garbage forever, despite our reputation as a welcoming port for “huddled masses yearning to breathe free.”

The most recent terribleness is the Trump administration’s recently-announced Operation Streamline, a program designed to fast-track the prosecution of undocumented people crossing the border.

Having “streamline” in the name makes it sound very efficient, cold, and clinical. Which it is, considering that it involves separating parents from their children, making people wear yellow wristbands (really? You couldn’t even pick another color?), and sending defenseless children into the abyss of the foster care system.

Maybe. Maybe foster parents. Or human traffickers. “Or whatever,” as White House Chief of Staff John Kelly heartlessly put it.

It’s not as if they completely know where the children go. After all, Operation Streamline is reminding everyone of the time back in 2017 where, of the 7,000 immigrant children that were swept up at our Southern border and placed with sponsored individuals, 1,475 went missing. The government lost track of them entirely. And according to a PBS documentary on Frontline, some of those kids ended up with human traffickers.

But yeah, immigrants are the danger, and they must be stopped.

So yes, the Trump administration is terrible when it comes to the treatment of undocumented people (as well as so many other things). But as the ACLU reported earlier this week, migrant children have long not been safe.  In a report released on Wednesday, the ACLU reported countless abuses of migrant children under the custody of the United States Customs and Border Protection (CBP).

The ACLU requested and combed through 30,000 pages of documents detailing accusations from unaccompanied minors—mostly from Guatemala, Mexico, El Salvador, and Honduras—of physical and mental abuse at the hands of CBP officers. According to Newsweek:

“Border authorities were accused of kicking a child in the ribs and forcing a 16-year-old girl to “spread her legs” for an aggressive body search. Other children accused officers of punching a child in the head three times, running over a 17-year-old boy and denying medical care to a pregnant teen, who later had a stillbirth.”

The most maddening part? This report covers the time period from 2009-2014. This was happening during the Obama administration. It was likely happening long before that. And so it isn’t just a matter of the Trump administration being worse for immigrants, which it absolutely is. It’s a matter of our country talking out of both sides of our mouths when it comes to immigration.

We talk a big game about being welcoming, but the truth is that as a country, we too often think of the undocumented as burdens, or as an abstract problem to be solved. We don’t really see them as fellow human beings.

Nearly 2,000 children going missing. Others abused physically and emotionally. Their parents separated from them. And everyone in a yellow wristband. This is how we treat people. This is how we’re willing to treat people. Until there’s a fundamental shift in the way we as citizens see undocumented people, this is how our government will continue to treat people. Because this is what we’ve come to accept, and what they feel they can get away with, not just in “today’s political climate,” but always.