Abortion Should Be Safe, Legal, and Accessible Whenever You Need It 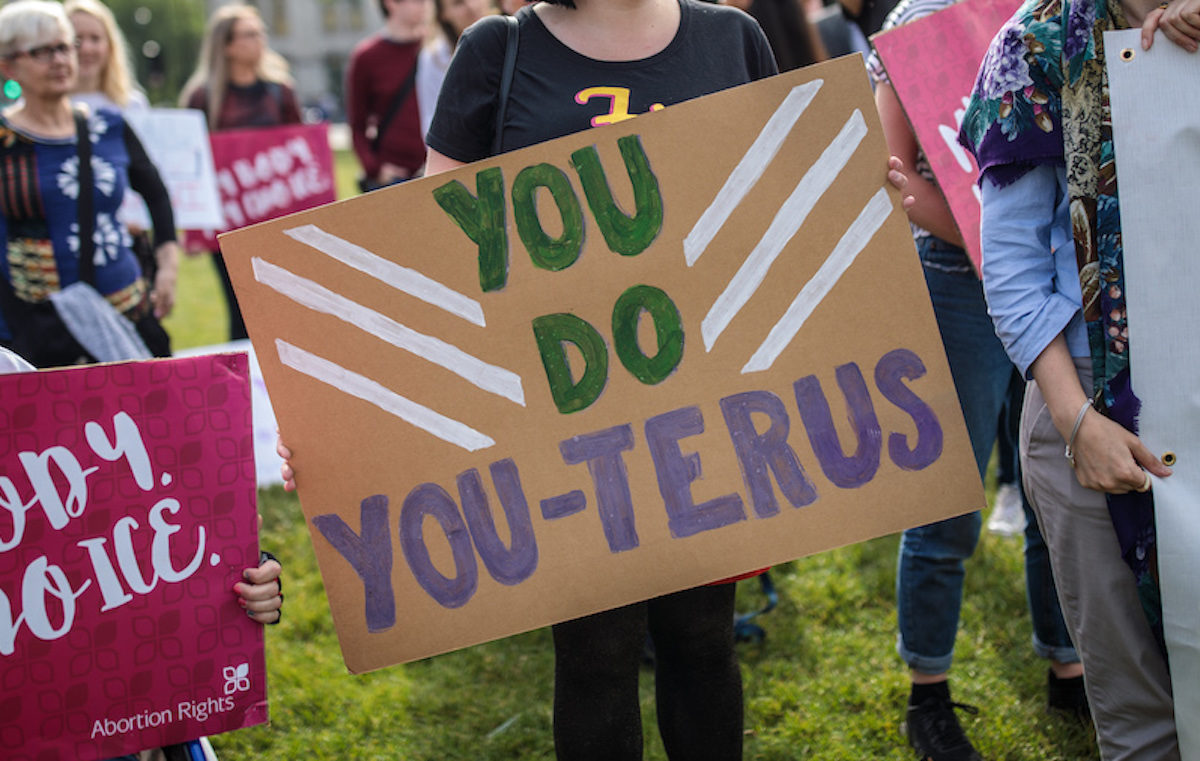 In this week’s Democratic presidential debates, moderators finally asked about where the candidates stand on reproductive rights, although Senators Kamala Harris and Cory Booker brought up abortion rights earlier in the debate. Still, despite how asking about a fundamental human right that has faced unprecedented political attacks in the Trump era is the barest of minimums, it was a huge victory for reproductive justice leaders and activists like Renee Bracey Sherman, who first launched the #AskAboutAbortion hashtag in 2016.

Asking even candidates who self-identify as “pro-choice” about abortion and reproductive rights is important for a lot of reasons, most importantly that supporting the right to abortion in theory isn’t the same thing as having a plan to ensure that abortion and all reproductive health care are practically accessible to all. It’s also important to ask, because as Tuesday night’s debate showed, there are often some key distinctions in how “pro-choice” candidates view abortion, and those distinctions can make all the difference.

When asked how they would respond to state laws attempting to ban abortions, Harris, Booker, Elizabeth Warren, and Amy Klobuchar each offered plans to exclusively nominate judges and Justices supportive of reproductive rights, intervene in abortion-hostile states, and reverse Trump’s dangerous anti-choice policies. But one candidate, Hawaii Rep. Tulsi Gabbard, stood out for all the wrong reasons when she insisted abortion should be “safe, legal, and rare,” and advocated for restrictions on later abortions. In other words, despite how she was participating in a Democratic presidential debate, Gabbard seemed all too eager to repeat misleading, stigmatizing right-wing talking points.

At this point, there have been some brilliant, thorough Twitter threads explaining everything wrong with the insistence that abortion care should be rare, but at the end of the day, it really is as simple as this: Abortion isn’t a bad thing. It’s a wonderful, critically important health care service and resource that empowers women and pregnant people to make a basic decision about their bodies, lives, and futures.

And frankly, nothing will ever magically negate the need for abortion, which has existed and will exist for as long as pregnancy. The majority of people who seek abortion care used some form of contraception when they conceived, meaning even in a hypothetical land of free, universal access to contraception, abortion access would still be necessary. Let’s also not pretend that conservatives who hate abortion don’t hate birth control, too. They hate women and pregnant people having control over our own bodies and lives, and pretending we can compromise with them on contraception access is ridiculous and counterproductive.

Speaking of majorities, the majority of people who have abortions had one before, and again, there is nothing wrong with that. People who have abortions all have their own reasons—in the case of later abortions, often extreme medical extreme circumstances or extreme logistical barriers that deserve compassion, not punishment—and they don’t owe us their justifications to be valid.

Put simply, we have to move past associating any aspect of pregnancy (wanted or unwanted, carried to term or not) with stigma, and we have to stop pretending that there is any way to win over and convince abortion opponents to abandon their extremism—at least, any way to do so without throwing the most vulnerable women and pregnant people under the bus.

People who oppose reproductive rights can’t be compromised with, because we can’t compromise on whether women and pregnant people—and the people of color who are the majority of those seeking abortions—are human beings. They are, and they deserve access to the full range of compassionate, accessible health care they need to have autonomy over their bodies. (For the record, that absolutely includes later abortion care, despite all the stigmatizing, right-wing myths Tulsi Gabbard seems to buy into.)

Gabbard’s comments drew justified criticism from advocates on social media, but also drew concerning praise from Planned Parenthood’s former President Leanna Wen, who praised Gabbard’s invocation of “safe, legal, and rare” as “brave” and thanked her for highlighting the “nuances” in the conversation around reproductive rights. But there’s nothing remotely “brave” about advancing abortion stigma, which is embedded in every nook and cranny of our culture and politics, or telling people who have had abortions that in doing so, they contributed to something Bad.

As for the “nuance” in talking about a so-called extreme position like supporting the right to later abortion, this is often an issue that comes down to health, safety, and survival, something we really shouldn’t give in to right-wing pressures to compromise on.

In other words, Gabbard’s response—in contrast with other candidates’—and the critical conversation we’ve had because of her response, highlight exactly why asking “pro-choice” candidates about reproductive rights is so important. At this critical juncture, we need a president who can do more than say they support the right to abortion in theory, and we certainly need more than a candidate who would further stigmatize abortion to try to court extremists. We need someone with a plan—and someone with the courage and moral spine to stand up rather than cleave to abortion stigma.