What Politicians Who Call Abortion “Black Genocide” Are Really Saying 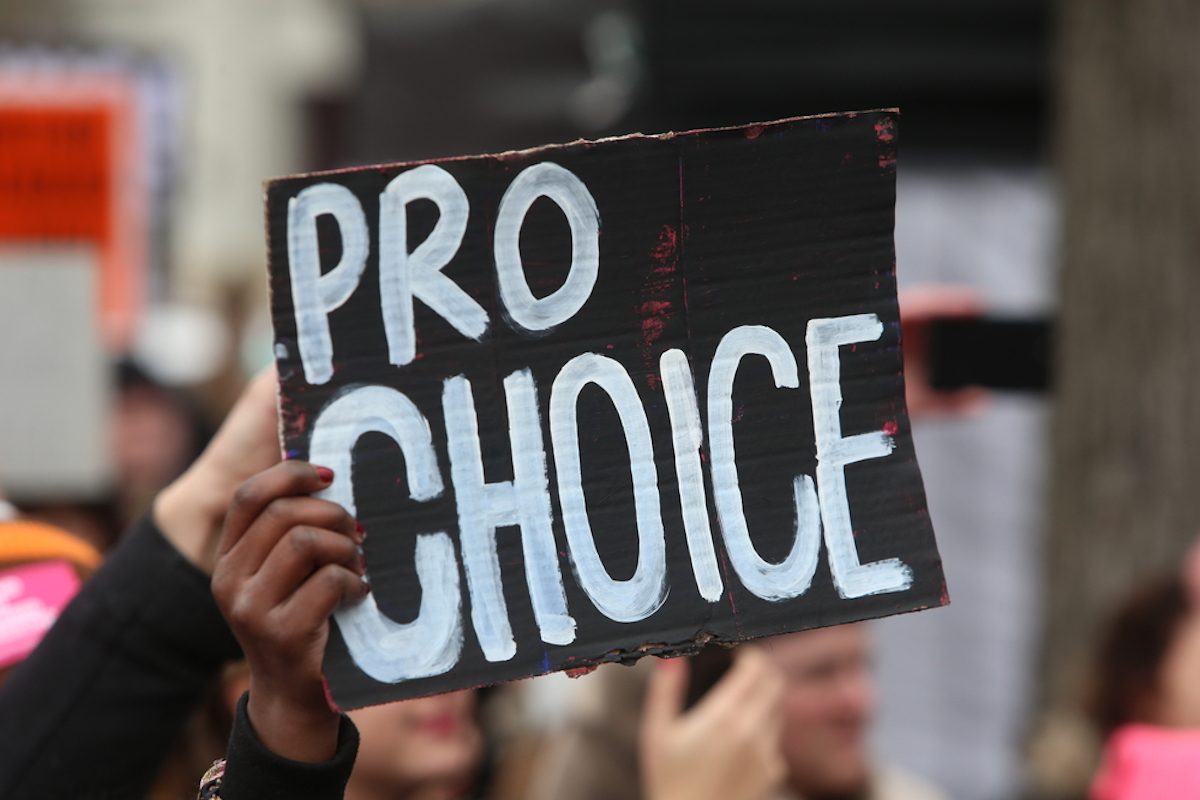 This week was a busy one for upsetting news in reproductive rights, and early on, anti-choice politicians wasted no time in reminding us all that this is an intersectional issue—especially along lines of race.

After Republican Senator Cindy Hyde-Smith, of Mississippi, said she would sit in “the front row” of a public hanging of her black opponent this weekend, Hyde-Smith and Republican Mississippi Gov. Phil Bryant defended her comments by pivoting to how abortion is somehow “black genocide.” (Yes, the same Hyde-Smith who tries to pass voter suppression off as a joke, despite being a very real concern.)

As disgusting and outrageous as the comment was—so much so that it feels unnecessary to point out the individual details of everything wrong with it—it was, unfortunately, hardly out of character for the anti-choice movement. Disdain for the bodily autonomy of all women, broadly, is what fuels the movement—but as comments like this demonstrate, the bodily autonomy, enfranchisement and empowerment of black women and women of color are deemed even more disdainful, to be compared to something as hideous and horrifying as genocide.

Women of color comprise the majority of women who seek abortion care, and providers and the reproductive rights movement broadly seek to make the option to have an abortion as accessible as possible to women of color, who are more likely to face socioeconomic barriers. That’s called compassion and equal access to crucial health care (because abortion is health care), and anyone who sees equality as comparable to “genocide” is an unapologetic racist, period, full stop.

In addition, states like Ohio and Kentucky, and the Trump administration, had their own contributions to the reproductive rights news cycle.

Two years after the Ohio state legislature passed a similar bill, the state House has once again passed a bill that would ban abortion when the fetus’ heartbeat can be detected, which is about six weeks. Six weeks is prior to when many people even realize that they’re pregnant, so to clarify, the bill is essentially a ban on all abortion that would force Ohio women to travel out-of-state for care.

The Republican-majority House passed HB 258 58-35. Republican Gov. John Kasich vetoed the bill when it was sent to his desk in 2016, although he also immediately signed into law a repressive 20-week abortion ban. He’s expected to veto it again, and according to Cleveland.com, “it’s unclear whether legislative proponents of the bill can find the 60-plus House votes needed to override his veto.”

The bill now travels to Ohio’s Senate for consideration. Earlier this year, Republican Gov. Kim Reynolds, who just narrowly kept her seat in a competitive gubernatorial race last week, signed a similar bill into law; like virtually identical laws in Arkansas and North Dakota, all have been halted in court.

So long as the Roe v Wade ruling remains intact, bills like this obviously and indisputably violate the Supreme Court precedent’s guarantee of the right to an abortion until fetal viability. In this sense, the danger of bills like this lies not merely in how they could affect Ohio women, but women nationwide, if a lawsuit challenging the fetal heartbeat ban should make it to the conservative, anti-choice-majority Supreme Court.

This week, the ACLU and Kentucky’s Gov. Matt Bevin argued in the first hearing for a lawsuit against the state’s HB 454, a law banning the dilation and evacuation procedure for second trimester abortions, or abortions after the 14th week. The vast majority of abortions take place in the first trimester, with abortions taking place afterward often involving unique and urgent health scenarios.

According to the Courier-Journal, Bevin’s lawyers argued that Kentucky residents seeking second trimester abortion care could simply travel out-of-state, as if doing so is easy and economically accessible for all in the fifth-poorest state in the nation. Additionally, he argued in favor of a “fetal demise” option, requiring doctors administering late-term abortions to inject a solution to “kill” the fetus, before performing the dilation and evacuation procedure.

As the ACLU’s lawyers pointed out, this method could potentially endanger women, as it is “experimental” and “unreliable.

To be clear, as the ACLU’s lawyers pointed out, the dilation and evacuation procedure is highly safe, and essentially the only safe and viable option for abortions after 14 weeks. To ban the procedure amounts to banning abortion at this stage, as a whole, which is certainly prior to fetal viability.

Yet, laws banning dilation and evacuation procedures, with mixed success, have increased in popularity in state legislatures in recent years, in an absolutely terrifying trend, considering the anti-choice composition of the Supreme Court.

This week, Reuters reported that experts at an international conference on family planning in Rwanda expressed concerns about how Trump’s global gag rule policy has led to “the closure of health clinics, outreach programs and refugee services that rely heavily on U.S. aid.” As a refresher, the gag rule—an executive order originally signed by former President Ronald Reagan, revoked by Bill Clinton, reinstated by George W. Bush, revoked by President Obama, and again reinstated by Trump in January 2017—bans groups that offer abortion and other reproductive health care from receiving U.S. funding.

It should shock absolutely no one that decreasing access to this care is endangering and stripping vulnerable groups around the world of resources that are fundamental to their safety, health and survival.

To be clear, the global gag rule is not about protecting “religious freedom.” It’s about the prioritization of powerful people’s personal ideology over the livelihoods of disproportionately women and girls of color around the world.

In news that would shock no one who is remotely familiar with his work, Scott Lloyd, Trump’s Office of Refugee Resettlement Director famous for trying to block pregnant migrant girls from accessing abortion care, is currently writing an “anti-abortion playbook,” which is exactly what it sounds like. According to Politico, the book will argue the necessity of anti-abortion policies, and discuss Lloyd’s own “spiritual awakening” around abortion.

This “spiritual awakening” involves a controversy that arose earlier this year, when it was reported that Lloyd had previously written about driving his partner to have an abortion in law school. In his paper, Lloyd wrote, “The truth about abortion is that my first child is dead, and no woman, man, Supreme Court, or government—NOBODY—has the right to tell me that she doesn’t belong here.”

In either case, if Lloyd’s position weren’t made clear by the fact that he’s centered his work in the ORR around his personal feelings, or by his attempts to force minors who were victims of rape to give birth, then his forthcoming book certainly should do it. The book promises to be a rare, unique, and much-needed read, in a country where God knows we don’t hear enough from rich white men about what women can and can’t do with our bodies.