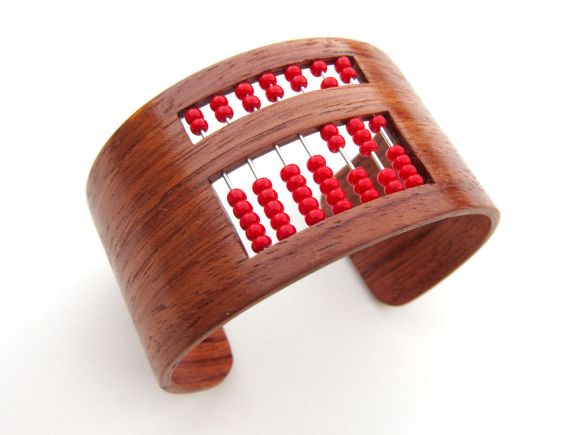 I’ve thought of a number of choice applications for a DIY abacus bracelet, but I think my favorite one would be using it as the calculator watch equivalent for the nerdy wizard character you LARP once a month. Instructions and more pictures can be found at Instructables.