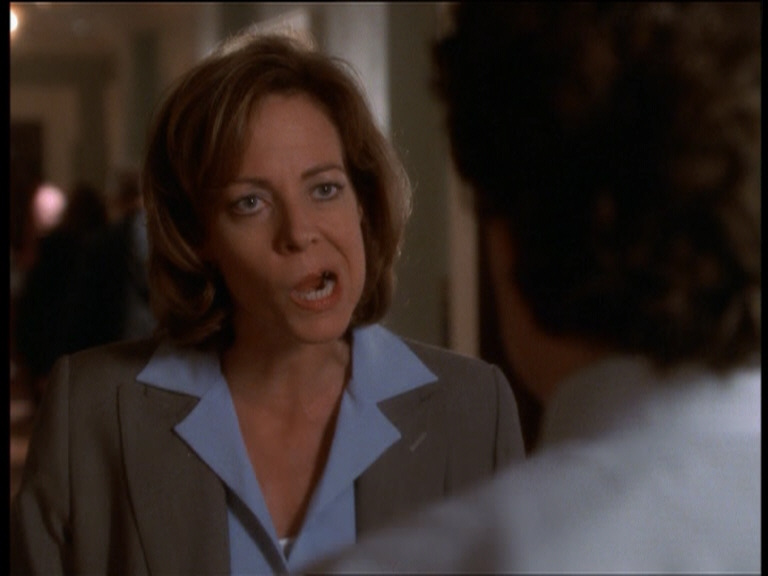 Aaron Sorkin became the subject of scrutiny last year when a Newsroom writer revealed he threw her out of the writer’s room for objecting to a storyline on the show in which the series’ main character tells a rape victim he’s “morally obligated” to presume her rapist’s innocence.

The episode itself was incredibly offensive, and Sorkin’s treatment of the concerned female writer only made him look more ignorant about women’s issues. But, during a Steve Jobs Q & A last night, it seemed Sorkin was determined to make amends.

After a woman in the audience referred to the film’s character Joanna Hoffman (played by Kate Winslet) as a “strong female character,” Sorkin brought up a screenplay he’s currently developing called Molly’s Game, about poker ringmaster/former pro-skier Molly Bloom.

As Jezebel points out, it’s worth noting that an email leaked in the Sony hack implied Sorkin had a romantic relationship with Bloom. In a New York Times op-ed about the Sony hacks, Sorkin said the email suggested “I might be romantically involved with a woman whose book I’m using as source material for a new script (I wish).”

Sorkin described what drew him to Bloom’s story:

Yes, she’s smart, funny, and is kind of the smartest one in the room always, and there’s no denying that she’s a woman. In fact, she’s often underestimated because she is. This is another true story, by the way. She becomes tabloid fodder, which probably she wouldn’t have if she weren’t a woman and if she weren’t an attractive woman.

But in writing Joanna, the fact that she was a woman was … [trails off] Let me try to give you another example.

Sorkin then referenced his difficulties in writing The Social Network, and how he eventually realized that he needed to write all characters—whether they’re college sophomores or (gasp) women—using his own voice:

And mostly, for me, it’s not tell the audience who the character is; it’s show the audience what the character wants. Joanna wants Steve to for God’s sake manage expectations out there: ‘I’m an expert at this, we are not gonna sell a million in the first 90 days, 20,000 a month after that.’ So have her have that argument with a very stubborn Steve Jobs. In a very slight soft Polish accent.

Sorkin’s struggle with writing outside his own experience is one of the countless reasons why diverse writers rooms and creative teams are so important; if writing using your own voice becomes problematic for a certain character, a writer with a different viewpoint than you will be there to call you on your shit (provided you don’t silence them, of course).

Without that feedback, even the most well-intentioned and talented creators can conflate “writing from your own authentic voice” with “writing your own authentic fantasy woman.” Many (although absolutely not all) of Sorkin’s female characters are impossibly cool magical girls, but there’s a difference between writing a believable female character and writing a female character you believe you’d like to sleep with. Thankfully, it’s much easier to be aware of that difference when you’re receiving regular feedback from diverse editors, co-writers, and collaborators.