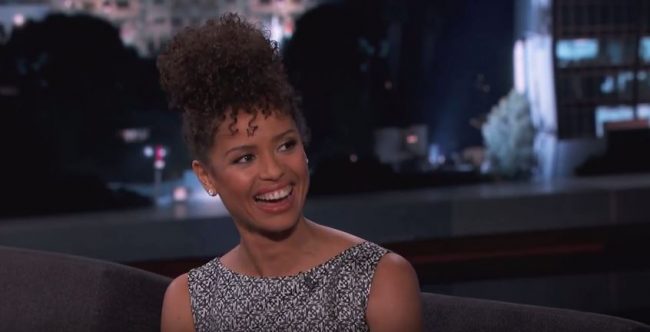 A Wrinkle in Time already gave you reason to watch when it was announced that Ava DuVernay had signed on to direct. Then, it was announced that Reese Witherspoon and Mindy Kaling would be joining the cast as Mrs. Whatsit and Mrs. Who, respectively. Now, it looks like Beyond the Lights and Belle star Gugu Mbatha-Raw has hopped on board, making it that much more imperative that you see this film in theaters.

She is set to play Dr. Murray, scientist and mother of four children, including 13-year-old protagonist, Meg (to be played by Storm Reid). According to Deadline, Chris Pine will also star as her husband, Mr. Murray, another scientist.

The story follows outcast and math whiz Meg, as she embarks on a journey to find her father, who has gone missing after working on a mysterious project called the tesseract. The script was written by Jennifer Lee, who also co-wrote Frozen, and production is slated to begin this fall.

After hearing that DuVernay actively hired women to work behind the scenes and seeing this cast come together, I can’t tell you how excited I am for this. Do you share the same sentiments?

(via Deadline, image via screencap)