Yeah, I know, a lot of you out there are already gamers. You’ve got raiding schedules and encyclopedic knowledge of voice actors and DPS formulas good enough for publication in academic journals. For this, I salute you.

But some of you aren’t gamers. I’ve had comments from and conversations with folks who have an inclination to game, but just haven’t given it a try yet. I understand why. Knowing where to start is tricky. Being intrigued by games and actually choosing one to play is a little like following up the statement “I’d like to learn to read” with strolling into a bookstore.

To make things easier for the Potentials, I’ve put together a handy starter guide just for you (and if you’re already into comics or SF/F, all it’s going to take is a tiny nudge). Chances are that the activities and fandoms you already enjoy have have primed you for a happy life of questing and leveling up.

(And veteran gamers, do stick around. I’m going to need your help at the end.)

To begin, a few things to keep in mind.

You are going to suck at first. And that’s okay.

Remember that gaming is a skill like any other, and getting good at it will take practice. Don’t get discouraged if you fail. That just means you’re learning.

Some games have lady problems.

If you visit The Mary Sue often, then you know that gaming — like every other form of media — is still going through a lot of growing pains when it comes to gender equality. There are quibbles to be had with many games on this list (this would be a very short article otherwise), but I’ve tried to pick games that have a broad appeal (erm, no pun intended). If you find yourself torn between how much you loved the gameplay and how much you wish the one female character had been wearing more clothing, congrats! You have unlocked the Progressively-Minded Gamer Conundrum achievement!

The examples in this guide are limited to PC games.

We can argue the respective merits of consoles and PCs until we’re all blue in the face, but if you’re reading this article, that means you have a computer. If you think you might like a console, ask a friend if you can try hers/his out before buying one. Then you, too, can join the eternal console/PC debate. But first, make sure that this is a hobby you that like by using the hardware you already own.

And they’re all games released in 2007 or after.

There are some truly amazing classic games out there, but having you start with the old stuff is a bit like introducing somebody to Star Trek by making them watch The Cage. You’ll be more forgiving of blocky graphics and clunky controls if you’ve already fallen in love with the newer, shinier stuff. Which is where we’re going to start. 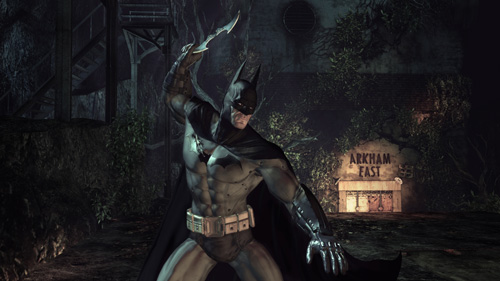 If you like:Superheroes, movies with explosions, Saturday morning cartoons, martial arts
Then you might like: Action/action-adventure games

An action game focuses on feats of strength and skill, such as beating up bad guys, escaping monsters, breaking into secret bunkers — anything that requires acts of thrilling heroics. You will be given a character, a tough little puppet to move around on screen. Your task is to guide that puppet to safety and make it do cool stuff.

If you add an interactive story to the mix, then you get to slap on the action-adventure label. Your character gets upgraded from puppet to protagonist. By guiding him or her through death-defying acts of derring-do, you move the story forward. It’s like watching a movie, except that the only way to see the ending is to act fast and solve puzzles.

Action and action-adventure games break down into a lot of subgenres, and many of the games I’ve listed in other categories could also fall under this enormous umbrella. Given the blanket appeal of the genre, these games run the gamut from gritty explosion extravaganzas to lighthearted romps with big eyes and bright colors. There’s something for everyone here. 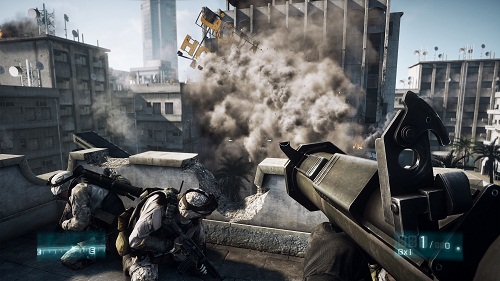 In gaming, a first-person perspective means that you’re seeing whatever the character sees — and if you’re playing an FPS, then what you’re seeing are charging soldiers, zombie hordes, shrieking aliens, or shoulder-launched missiles flying right at your face. It is up to you and your staggering arsenal of weapons to take them down.

FPSs require a lot of hand-eye coordination and fast decision-making skills, which you’ll notice a definite improvement in if you play often (they have proved it with science!). Virtually all FPSs also have a multiplayer mode, which offers team-based challenges or bloody free-for-all deathmatches.

Since this is a genre based around shooting enemies with guns, FPSs usually have military settings. There have been a wealth of zombie shooters in recent years, too. If the smell of napalm in the morning isn’t your thing, I’d suggest trying out Team Fortress 2. It’s less Saving Private Ryan and more Looney Tunes.

Games to check out: Battlefield 3, Team Fortress 2, Left 4 Dead (see the survival horror section before picking this one up) 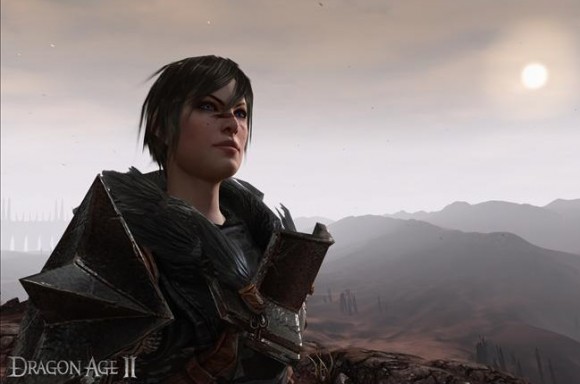 A role-playing game draws you into a world rich with folklore and history, then invites you to become its hero — or sometimes, its villain. You’ll be confronted with decisions about who your character is and what choices he or she will make. Will you ally yourself with the king or with the rebellion? Will you kill the thief or show him mercy? The best RPGs have hundreds of storytelling variables, which create an incredibly personal connection between you and your character. Since there are so many options, it’s not uncommon for players to explore a game again and again, just to see how the story changes.

A traditional RPG offers combat similar to tabletop role-playing games like Dungeons & Dragons. You create a character with specific abilities — dealing out damage, healing the injured, protecting fellow warriors — and fight your enemies with plenty of time to pause, strategize, and micromanage your combat tactics. As the genre has evolved, some RPGs have adopted fast-paced combat more akin to shooters or action games. This variety makes RPGs a great way to learn different types of gameplay while still getting your storytelling fix. 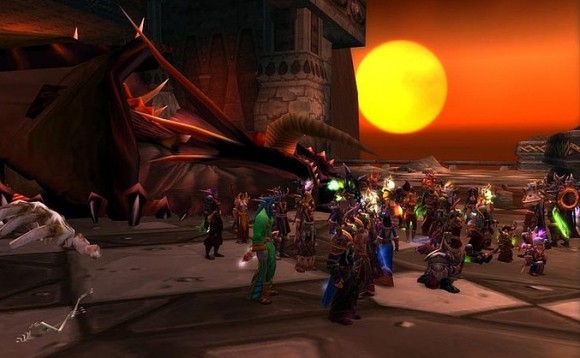 The MMORPG takes all of the standards of the single-player RPG and lets you play in a shared world with your friends, forever (no, really; MMOs don’t end until the servers get switched off). These games cater both to players’ social needs and gameplay preferences. Maybe you like questing with a few good buddies. Maybe you like group role-playing. Maybe you like the idea of fighting enormous monsters with a couple dozen friends. Or maybe you just want to go pick a fight with players from an opposing faction. You can find any one of these things within an MMO.

Successful MMOs have huge populations — we’re talking in the millions — and that means you’ll get a broad spectrum of personalities mingling together. Sometimes that works out really well. Other times…not so much. Just like in the real world, some people can be downright nasty, especially to female players. But I don’t say that to scare you. You just need to be aware that it’s out there. Ignore the trolls (or report them) and seek out the good people. Trust me, they’re there. Some of my best friends are folks I first met by playing World of Warcraft. We have had super good barbecues (in real life).

Games to try out: World of Warcraft, Star Wars: The Old Republic

>>> Next: Do you like Risk, Lego, slasher movies, or brain teasers?