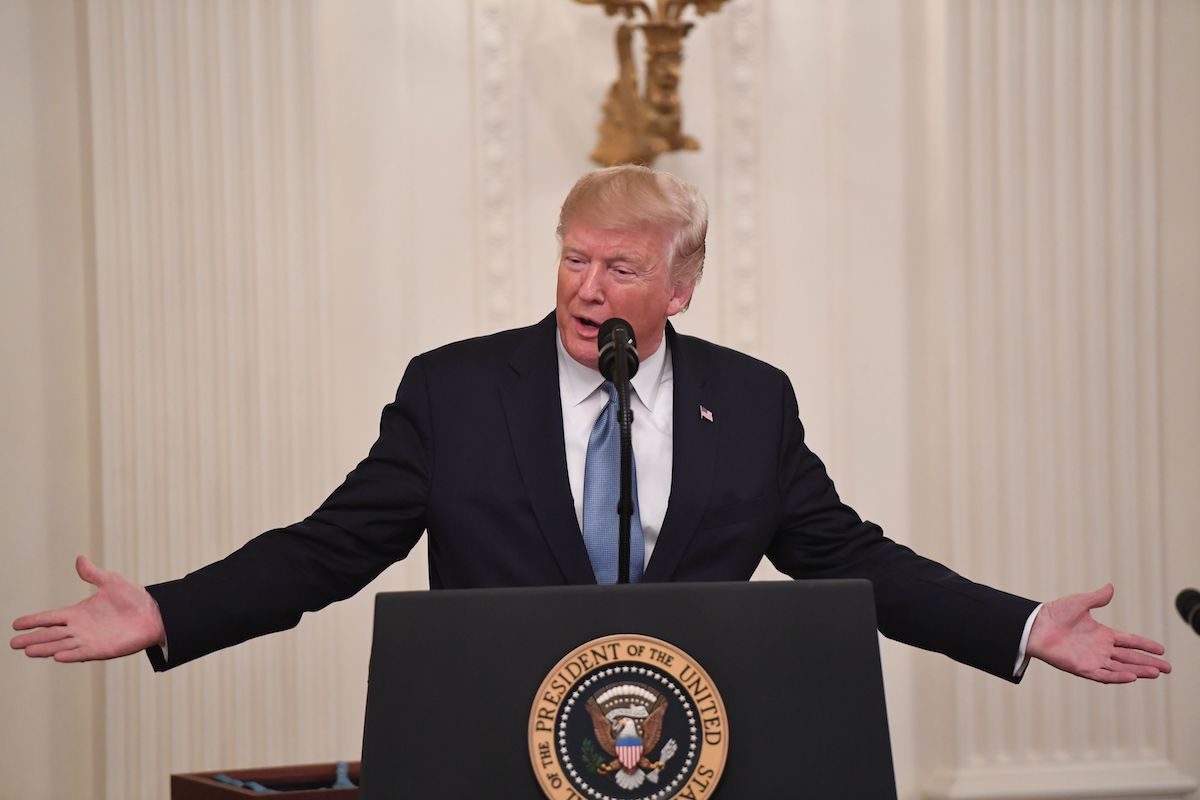 Donald Trump has been a smothering presence on Twitter since long before he became President. Back in the day, he would use the site for things like attacking Rosie O’Donnell and obsessing over Kristen Stewart’s love life.

He also used Twitter to frequently criticize Barack Obama over pretty much anything and everything he could think of. Which is why, now that he’s found himself in the position of having to run the country, there are few situations he can find himself in that he hasn’t already mocked the way he too ends up handling them.

Like how he blasted Obama for playing what he saw as too much golf.

Obama should play golf with Republicans & opponents rather than his small group of friends. That way maybe the terrible gridlock would end.

Or when he thought Obama was getting too much credit for killing Osama Bin Laden.

In tonight’s episode of “Theres a tweet for everything….” https://t.co/A7Vr7aLkcs

During his incredibly meandering press conference this week following the death of ISIS leader Abu Bakr al-Baghdadi, Trump made it clear he thought he actually deserved more credit for Bin Laden’s death. He’s said this before–that he knew about Bin Laden before anyone else and that he tried to warn people and no one listened. (That’s not true, by the way.)

But I don’t think we’ve ever gotten a Trump Contradiction Tweet with as short a turnaround as this latest one. Trump tweeted or retweeted complaints about the impeachment inquiry 15 times yesterday, including this claim that the Democrats’ inquiry is tanking the stock market:

The Impeachment Hoax is hurting our Stock Market. The Do Nothing Democrats don’t care!

And then, without a hint of irony or self-awareness, he tweeted this today, not even 24 hours later:

If impeachment has this much control over the stock market, then good job, Democrats! Keep going!