Review: A Suitable Girl Is a Nuanced Look at Marriage and Tradition in India 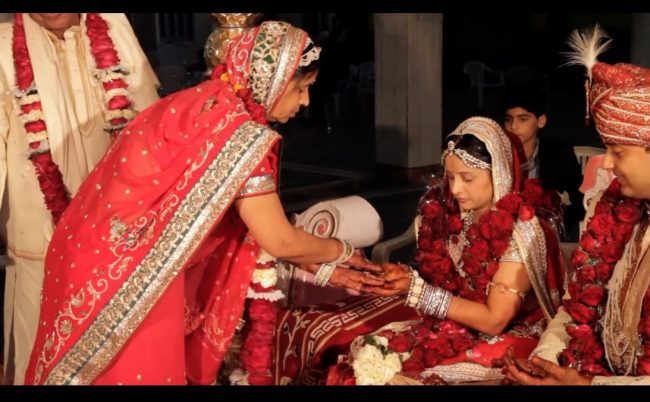 I had the opportunity to watch Sarita Khurana and Smriti Mundhra’s documentary A Suitable Girl at this year’s Tribeca Film Festival, a moving and nuanced look at tradition and female independence in India. On their Indiegogo, the creators write “This is a film about women, made by women, and we are extremely proud to say that our entire core creative team — cinematographers, composer, artist, etc. — are women of color.” The power of a female team is especially apparent in the intimate, unbiased, and thoughtful way the film follows three single women, Dipti, Ritu, and Amrita, as they grapple with the pressure to get married.

The film dives into how marriage is expected and seen as an obligation, as Ritu and Dipti in particular face immense pressure from their families. We see the frustrations and disappointment that Dipti, a 30-year-old teacher, faces as she and her parents try to find her a husband through newspaper ads, online dating, and other platforms. In contrast, Ritu is a 25-year old career woman who shows no interest in getting married, much to the dismay of her matchmaking mother. Amrita, who is married near the start of the film, moves to her husband’s hometown where she becomes closed off from her previous joys in the city. She’s waiting for a return to the independence of her former life, hoping that she can return to work soon.

Variety calls A Suitable Girl “a somber lament for a part of the world still clinging to its restrictive past,” which I feel is somewhat reductive. It would be very easy to take a documentary about female roles in India and marriage and make it a harsh, one-sided critique of a backwards culture—but that’s a dismissive and frankly ethnocentric way to talk about tradition. Marriages work differently in different cultures, and it’s a fact that the majority of marriages in the world are arranged.

There are a lot of genuinely devastating moments in the film. Hearing one man say, “If not her, then someone else” about his fiancee or seeing ads where women are advertised by their skin color, weight, and caste are both upsetting and uncomfortable. The film is a critique of how a lot of these practices treat women as commodities and can take away independence. Amrita and Ritu especially voice this unhappiness. However, seeing the love between families and the joy of ceremonies, especially in Dipti’s case, paints an image of this process beyond a “backwards” culture.

In a Q&A after the screening, the directors talked about not trying to make a film that represented marriage in all of India, but rather an intimate “cross-section of the urban middle class.” These are extremely personal stories, that show how the marriages can differ.

Editor and producer Jennifer Tiexiera talked the film changing her pre-conceived notions, as she found it “so relatable … I had peers from Catholic and Jewish families that were all going through the same thing. I really felt the nuance of the film helps understand a culture that’s been very judged and misunderstood.” I saw that relatability as well—seeing the eager match-making mom talking about the importance of a rich man felt very Mrs. Bennett from Pride and Prejudice, but it’s also the rhetoric that we hear all the time in the United States when it comes to older, unmarried women.

A Suitable Girl is more than a film that laments the judgment and pressure put on these women. It doesn’t shy away from those challenges, but emphasizes how the individual women are confronting them and navigating them in different ways. “We aim to shatter people’s preconceived notions about our traditions and culture,” they write, “without neglecting to explore the complexities of these institutions and sacrifices women are asked to make within them.” It does exactly that.