When the American Education System Failed Me, Neopets Was There 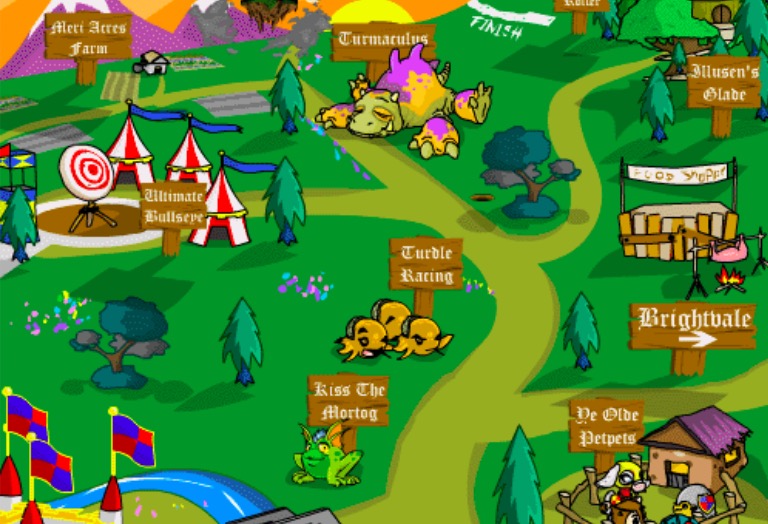 In the early aughts, Neopets was the paradigm of internet girl culture. The site blew up when I was an awkward middle schooler, infatuated with Mandy Moore and struggling through advanced-level mathematics because numbers weren’t (and have never been) my friends. We had one massive desktop computer in our apartment, and it was on Compuserve dial-up internet service, which made actively playing Neopets harder than it should have been. At the bottom of each world map, I had to select the option to display HTML rather than flash. While I waited (sometimes upwards of 15 minutes) for games to load, I would read, burn copies of CDs, or paint my nails.

Neopets was a social community (as long as you lied about your age in order to access its messaging features to talk to your friends—something that would precede clicking the “I’m 18 or older” box on Livejournal when you wanted to read smutty Harry Potter fanfiction in later years), but it was also more than that. On Neopets, you would customize pets or adopt abandoned ones, give them pet-pets of their own, feed them, play with them, send them on holidays, and take them on adventures. You could take your pets to the Battledome to fight other people’s pets or NPCs, and if you visited certain shrines or characters, you could increase your pets’ stats.

You could also participate in a small, capitalist world where “Neopoints” were earned through completing tasks or playing games, and you could keep them safe from wandering ghouls by depositing them in a bank. Interest would accrue daily, and it literally paid to save more of your money than it did to spend it. But if you did spend it, you had dozens of options for where and how: gambling, goods, services, or acquiring items for faerie quests wherein your pets may have been rewarded with Special Abilities or Paintbrushes to make them look like ghosts, babies, or biscuits.

Much like real life, Neopets rewarded the rich and made things more difficult for the poor. Neopoints were important currency, and there were many ways to earn them (including opening your own shop to sell goods, as long as you priced them competitively based on market value), but if you had dial-up internet—or simply weren’t good at math games—it was a struggle to keep up. 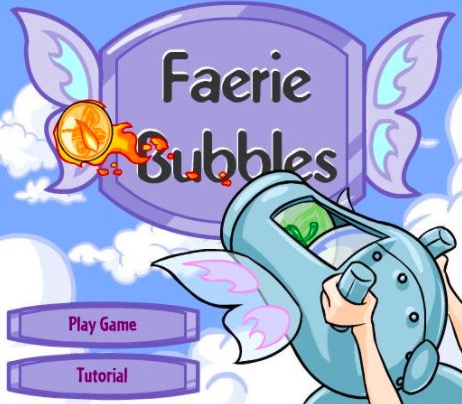 I fell somewhere in the middle. I always had a decent number of Neopoints, but they were rarely in the bank. My balance fluctuated as I played games, took out vast sums of money to buy goods my Neopets didn’t really need (but I thought were cool), and bought increasingly expensive items for beautiful faeries who ultimately didn’t give me much in return. In the process, I learned more practical life skills than I ever did in my years of public school, despite being on the honors track.

Like the women Nicole Carpenter interviewed for Rolling Stone, who were inspired to join the tech industry by Neopets, the site taught me basic coding skills, including HTML and CSS. It also taught me the importance of crediting artists and photographers for their work, how to link to sources, and how to build simple, pretty websites beyond just customizing my user profile or pet pages. Neopets provided each pet with a “homepage” with pre-populated information from their server, but you had the ability to customize it to your heart’s content—so I turned each of my pets’ homepages into Mandy Moore fan pages, naturally.

Beyond web design skills, Neopets also taught me about money management, investing in the stock market, calculating and accruing interest, labor expenditures, taxes, trading, bartering, betting, and more. Though not all of these skills translated neatly into my adult life—I filed for bankruptcy at 26, which surely could have been avoided if Neopets had also taught me not to go into credit card debt—they have stuck with me. Without realizing it, I often find myself comparing my actual financial decisions to What I Would Have Done On Neopets, and it helps a lot.

I mentioned earlier that numbers are not and have never been my friends. Words are better, and obviously I gravitated toward the myriad word-based activities and games Neopets had on offer. However, the site puts limitations on how many Neopoints you can earn from individual games each day. In a 24-hour period, you can claim Neopoints from just three rounds of the same game. That means that once you’ve exhausted the easy ones—like the Neopets equivalent of Snake—you have to tackle some harder games if you want to keep earning money.

For me, that meant math games, and sometimes, I would just log off before I reached that point. Other times, I would add, subtract, divide, and multiply as sheep floated through the air. The more equations I answered, the faster the game would move, and if I got too many wrong or skipped a certain number, I would lose. The Neopoints would be low, and I would feel frustrated and sad that my brain couldn’t quickly process math, which sort of defeats the purpose of an escapist website that’s designed to be relaxing and fun.

After a while, the math games got easier. I memorized portions of times tables and figured out tricks for quickly answering division questions. These skills served me well in school, where I was still in advanced-level mathematics and still struggling, despite my grades never showing how I would regularly cry over math homework.

Because I was on the honors track, my teachers assumed I could keep up with the class. This assumption followed me from elementary through high school, when I looked at the admission requirements for my top-choice colleges and saw that a fourth year of math wasn’t necessary for many of them. I haven’t taken a proper math course in over a decade, because my university let me double-count quantitative logic for my math credit and for my philosophy major. On the one hand, I’m glad for that. On the other, I find it frustrating that American schools don’t seem concerned with teaching their students anything useful.

See, picking up math tricks on a kids’ website seems normal to me. But learning the basic functionality of the stock market through an orange blob who looks like John Travolta in Pulp Fiction shouldn’t be a thing.

In the fourth grade, my teacher taught us how to write cheques; we earned “classroom cash” through homework and answering questions in class, which was deposited in check registers that we kept at our desks. These constituted practice bank accounts. Every other Friday, there would be an auction for fun experiences: pizza parties, extra silent reading time, skipping a homework assignment, etc. This unit—from fourth grade—is perhaps the only time I truly learned “life skills” in school, and everyone I tell about it says it’s shocking that we learned it at all. If our history classes promote capitalism as a Good System, then our math classes should teach us how to navigate that system before we’re sent into it, young and scared and unprepared.

It sounds absurd, but Neopets filled in many of gaps where public schools never followed up for comprehension. It taught me skills that my classes never touched on, in an environment where I was safe to be whoever I wanted, as long as I wanted, without the judgment of my teachers or peers. Neopets encouraged me to explore as much as I wanted. It helped me learn new things about myself, including my attraction to women (manifested in Mandy Moore but also, for whatever reason, Neopets faeries). The information I gleaned from my years on Neopets has stuck with me in big and small ways for more than half my life. It was a formative influence and an unexpectedly useful one, especially as a girl going through puberty and jumping into upper-level coursework.

When we invest in young girls and their interests—when we present useful information in a way that’s fun, engaging, and non-demeaning—we create spaces in which they can learn the skills they need not only to survive, but to succeed and thrive. Neopets did that. I hope other sites take up the task.