A Field Experiment on Gender Stereotypes and Video Game Interactions 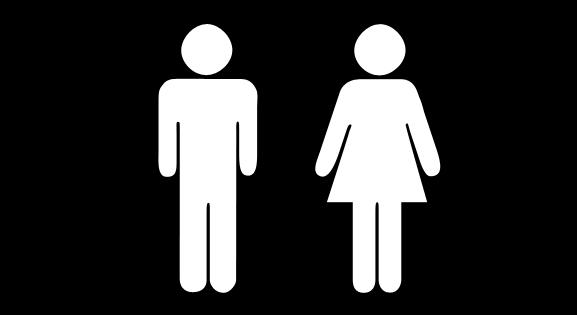 I have a soft spot for academic studies about multiplayer games. Partly, this is because games are my stomping ground, and I like to nitpick the things I love. But more importantly, such studies are often reflective of how game culture is inextricably tied to the real world. The values we hold out here can’t help but trickle down into virtual environments as well. There’s a new study that illustrates this beautifully, with a focus on social norms and expectations. In other words, my jam.

“Sex role stereotyping is hard to kill” is the work of Adrienne Holz Ivory of Virginia Tech, Jesse Fox of Ohio State University, Frank Waddell of Pennsylvania State University, and James Ivory of Virginia Tech (thanks to Wai Yen Tang, who sent the study my way). They conducted a field experiment to explore the relationship between social categorization and in-game interaction. They predicted that male players who behave aggressively would gain more compliance with friend requests, while female players would benefit from behaving submissively. In other words, if you conform to the social expectations attributed to your gender, people are more likely to reward you for it.

Over the course of several weeks, the researchers played public Call of Duty: Modern Warfare 3 matches under two fake usernames: “John” and “Ashley,” followed by random strings of numbers. During the matches, the researchers transmitted pre-recorded utterances over voice chat. The gender of each voice corresponded to the gender of the username in use. Both speakers were white, and used Standard American English accents. Positive comments included things such as “nice shot!,” whereas negative comments were the usual batch of “you suck” and so forth. Some matches were also played without using any recorded comments. After each match, the researchers sent friend requests from “John” or “Ashley” to everyone they’d just played with. They then kept track of how many requests were accepted.

Overall, the researchers collected data from 1371 participants, but only used 520 as their final sample (the rest were thrown out due to conditions such as waiting too long to answer a friend request). Once the numbers were crunched, here’s what they found:

Now, there are a few caveats to keep in mind. Firstly, this study was conducted solely within Call of Duty. You can’t apply these results to the gaming community at large, or even to the entire FPS genre (Call of Duty is a very different scene than, say, Team Fortress 2). Additionally, as the researchers point out, the one big drawback is that they had no way of collecting demographic information for the people they were sending friend requests to. While it’s likely that most of the players were male, it’s also a pretty safe bet that there were some women in there, too. (I would be fascinated to see whether or not these trends vary between male and female players. Judging by other studies I’ve read on gender role stereotypes, I tend to think not — but then again, raise your hand if you’re a female gamer who has ever been excited to find another woman playing alongside you in a multiplayer match, regardless of her behavior. I know I have.)

Disclaimers aside, I will say that the results of this study mesh with my own in-game experiences. Pushy dudes get respect, while ladies who use smiley faces and say “lol” a lot tend to fare somewhat better than others. As for the higher acceptance rate, that’s not a surprise, either. Outing yourself as female in a public multiplayer match often results in insults and harassment, yes, but private messages and friend requests are commonly part of the package, too. Granted, my experiences on that front are less varied than some. Like many women, I use a gender-neutral username. Nowadays, this is more out of habit than anything else.

My taste for public matches has waned as I’ve gotten older, and I find that the vast majority of my multiplayer time is spent in private games with good friends. But in my early multiplayer years, I learned very quickly to just keep my mouth shut and play. I wouldn’t lie about my gender if I was asked, but this happened rarely. “Gender neutral” translates as “assumed male,” and therefore left alone. But there were times when I would speak up, either literally over voice chat, or in solidarity if I saw another female player being picked on (“hey, there are other girls here, too” — that kind of thing). Every time it happened, the response I got was the same. Insults. Name calling. Friend requests.

This is somewhat uncomfortable to admit, but this study has me thinking more about myself than my in-game experiences. The female behavior the authors describe as stereotypical — “aligned and supportive,” “oriented toward communal goals” — is my standard operating procedure. I don’t enjoy trash talk, nor do I like bad sportsmanship. I give my friends a world of grief, but I don’t do the same to strangers. If another player is bothering me, I prefer to mute rather than fight. I try to act positively, be it by helping out newbies or smiling through defeat. “Oriented toward communal goals”? Yeah, that’s me.

When I first started playing multiplayer games, I did my best to act like “one of the boys.” Again, I wasn’t on mic much with strangers, but I threw my weight around in party chat, and I gave as much as I got. I hated it. It felt ugly and ill-fitting. I was much more at ease once I started acting in a way that was more in keeping with how I am offline — quiet but friendly around strangers, averse to conflict, and more concerned with having a good time than winning. I know in my core that’s who I am, but this study has got me questioning where those traits came from. How much is nature, and how much is nurture? Probably a bit of column A, a bit of column B. I hope the former is the stronger, but I wonder. I wonder.

Funnily enough, it was a group of men who made me realize that I could fit in with a kinder attitude, too. It was through my male gaming friends’ example that I saw the benefit of saying “good luck” and “good game.” That was the crowd I wanted to be a part of. That was the way I wanted to be. I haven’t talked with any of them about this study, but I’m curious to hear whether the results resonate with them, as well. I remember a conversation I had with my brother a few years back, in which he discussed how he’d tempered his behavior in multiplayer games. He played an endless amount of DOTA in his early teens, and I remember being put off by the toxic way he and the other players acted toward each other. He shook his head as we talked about it. “I said a lot of stupid things,” he said. “I was kind of an ass. It’s just how everybody is in those games, y’know?”