Why A Christmas Story Is The Most Honest Holiday Movie 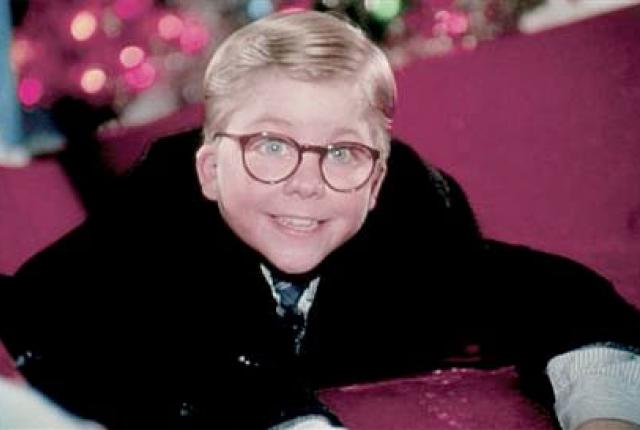 I love holiday specials. I think that I, like a lot of us, still have the memories of watching How the Grinch Stole Christmas! and Frosty the Snowman imprinted in my very psyche, making me gravitate to airings of A Charlie Brown Christmas like an old top hat toward a golem of a snowman.

However, as I grow older, the more that I have to consider that maybe these Christmas specials don’t exactly have the message of warmth and good tidings that they purport to have. While The Grinch and Charlie Brown may want to expound on how Christmas is about more than commercialism and that the holiday is about forgiveness and togetherness, they also hold a dark undercurrent. Rudolph the Red-Nosed Reindeer may have a lesson that difference is okay, it also inadvertently suggests that people only love you insofar as they can use you. (Looking at you, Santa.) So, though Santa Claus Is Coming to Town and others of its ilk may have all the trappings of a holiday extravaganza for the eyeholes, the mixed messages that such productions have make for very muddled viewing experiences. That’s why, when you get down to it, I think that A Christmas Story is about the most honest holiday movie ever produced.

Listen, I know you’re rolling your eyes at that, and I understand your skepticism, but stay with me. It’s true that A Christmas Story might have lost some of its luster in recent years due to the nonstop marathon that shows up on TBS and TNT from late Christmas Eve through late Christmas night. Even I, as much as I adore the story of Ralphie Parker and his quest to obtain a Red Ryder Carbine-Action 200-shot Range Model Air Rifle, can only sit through about one complete airing of the movie before I’m done for the year. I get having triple-dog-daring fatigue, I really do. Still, we’re not talking about how the Turner group have driven A Christmas Story into the ground and bludgeoned us in the head with it like Santa’s boot pushing a hopeful child down a red slide. What we need to look at is the honesty of the film.

For the uninitiated, here’s the elevator pitch for A Christmas Story: Ralphie desperately wants to get his hands on a Red Ryder air rifle and hopes that maybe he can lobby his mother and, failing that, Santa to get it as a Christmas gift. However, he keeps being stymied by the adults in his life, admonishing him that he’ll “shoot his eye out” if he used an air rifle. However, Ralphie’s dad, the Old Man, places Ralphie’s holy grail of a gift under the tree Christmas morning, elating Ralphie to no end. Throughout the course of the story, Ralphie and his pals contend with bullies, the Old Man wins a “major award” in the form of a lamp in the shape of a woman’s leg, and Ralphie lets slip the “f-dash-dash-dash” word in front of his father.

First off, and I do welcome anyone else’s input on this, A Christmas Story is lacking in what could be considered a message. (Maybe the message is about love and family and all that jazz, but that’s a stretch.) Right off the bat, it’s clear that the film isn’t trying to BS anyone by surreptitiously sliding in a lesson about being good to your fellow man during the holiday season. The movie is what it is: it’s about a kid who wants to own something and will do anything in his limited power to get it. He’s not contending with persecution for being different—Scut Farkus bullying him notwithstanding—nor does he learn a lesson about the true meaning of Christmas.

As we get older, most adults understand that the holiday season is more about spending time with loved ones than getting gifts. However, I remember having one thing on my mind as a youngster in the early 1980s: how many Transformers or He-Man figures or Silverhawks (remember them?) I was going to get from Santa, my parents, Superman, whomever. It doesn’t make Ralphie or me a bad person, it’s just how kids are. We’re programmed to want in this country, and Christmas has turned in the Day of Want for some folks. A Christmas Story recognizes this impulse in children to use the holidays as the prime time to make a mad grab at optimum possession obtainment and doesn’t make any bones about it.

Sure, by the end of the film, Ralphie is grateful to have the Red Ryder in his hands, but I would hardly say that he learned anything from the ordeal. (Maybe that covering all your bases is a good strategy in life?) With that, I want to wish you all a very Merry Christmas, a happy holiday season, and a fantastic 2015. Thanks for the support and the feedback you’ve given me as I have started to contribute to The Mary Sue and I hope you all get leg lamps of your own under the Christmas tree!

Jed W. Harris-Keith is a pop culture junkie but insists that he can stop whenever he wants. His is basically Jim Halpert from The Office and Jeff Winger from Community. He usually stays busy making squiggles into words over at FreakSugar and by working as an educational writer. You can also catch him on the Twitter @jwkeith80 and on Tumblr at therunningdude.tumblr.com.