In HBO Max’s 8-Bit Christmas, Neil Patrick Harris Tells the Harrowing Tale of Trying to Get a Nintendo in 1980-Something

Considering the trials and tribulations of getting a PS5, NPH is making some valid points here. 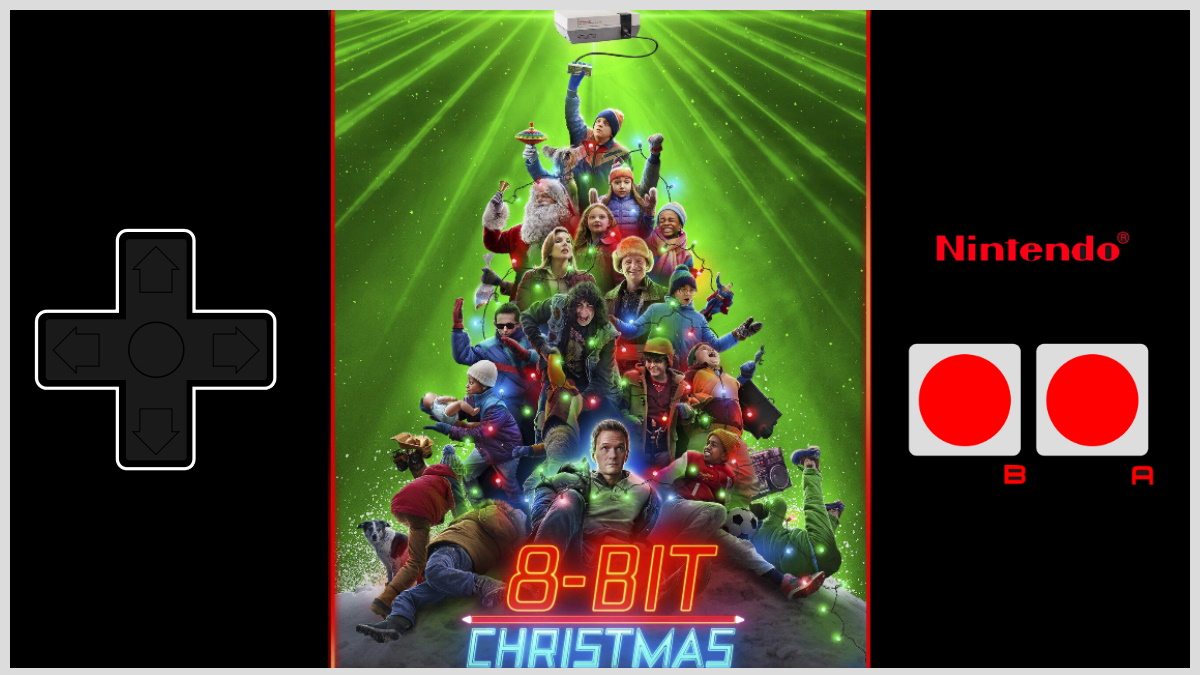 With the holidays approaching, we can expect a surge of holiday movies to make snow angels with before we sip hot cocoa with a healthy amount of marshmallows. One of those films is 8-Bit Christmas, a movie coming to HBO Max that puts a gamer spin on the classic Christmas story angle where there’s a new hot item in stores that someone will punch your grandma over.

The film centers on a man named Jake Doyle, played by Neil Patrick Harris. Jake is telling his daughter about one particular Christmas (1987 … or 1988 … sorry, THE LATE 80s) where he, like most late 80s kids, wanted a Nintendo Entertainment System (said it its full name for dramatic effect). Unfortunately, the NES was a pretty big deal back then, so getting a hold of the console will take the combined efforts of a ragtag group of 80s kids and Europe’s classic song “The Final Countdown.”

Especially since it doesn’t look like Jake’s parents want him to have the NES at all.

Jake is telling this story a couple of years after the launch here in the U.S. (1985), assuming he can keep the years straight. Regardless, the NES does have a legendary feel to it, so as a gamer it’s entertaining to see how much Neil Patrick Harris’ face lights up when he’s talking about it. The NES’ impact isn’t just because it introduced us to gaming icons who are still around (but that is part of it), it’s because it came out at a time when the video game industry was on the brink of utter failure.

Of course, as a kid, I didn’t realize the whole “industry is dying” side of things (fun fact: I was born in 1983, the year of the great video game crash), but what I did know is that the kid in our neighborhood who had the NES, the Track & Field game, AND the Power Pad was the closest I ever came to being friends with royalty.

The years that Jake alludes to (summarized as “the late 80s”) is when I started to get into gaming and, later, Nintendo.

Though I do wonder if his daughter will point out how these classic games can be downloaded onto the Switch, leading to Jake emotionally declaring how that isn’t the point.

Jake’s clearly in his “I walked FIFTEEN miles in the snow barefoot to get the school” phase of storytelling, at the same time, this is kinda what it felt like when you saw the Nintendo for the first time back then.

It’s also what it feels like to try and get that new, hot game console for the holidays.

I didn’t know that as a kid since my parents were the ones getting the consoles for me, but now that I’m an adult? Who has worked retail during multiple Black Friday’s? Who has given up all hope in finding a PS5? Yeah, Jake isn’t exaggerating that much, if anything, he could lay it on a bit thicker. You kinda don’t get over seeing a grown man cursing out a child because the kid managed to get the last Nintendo Wii your store had in stock. You don’t forget the number of parents who tell you that you, personally, have ruined Christmas because there are no more consoles left in stock on Christmas Eve.

I like that this movie is giving us both perspectives here. As an adult, I know just how hard it is to try and get a Nintendo/Sony/Microsoft Switch Box 5, but when you think back to your gaming childhood, you treat it as a movie-length adventure instead of the bitter reality of refreshing a department store website and hoping for the best.

I am gonna need them to be honest about the Power Glove, though. That thing just … did not work. Ever.

8-Bit Christmas will be available on HBO Max on November 24th.