Yeah, So It Turns Out 77 Days Is Definitely About Battlestar Galactica After All [UPDATE: Maybe Not?] 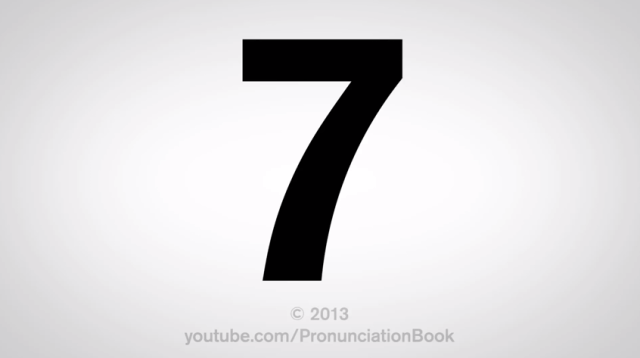 UPDATE: We just got an email from writer Gaby Dunn herself telling us that her interview with TLDR was edited in a way that made us all misinterpret what she was saying about Pronunciation Book’s true purpose. To clarify:

What I was saying is that we thought it was BSG and that we know it’s a sci-fi franchise, but even that’s up for debate now. So nothing was confirmed. Sorry! I know it was confusing.

So, in short: we were wrong. Nobody knows what’s happening. All we do know is that Gaby has spoken with the Pronunciation Book creators, and that it’s definitely not meant to be a terrorist threat or a secret message from a political prisoner, or any of the more conspiracy-driven theories that have been going around. Guess all that’s left to do is wait until the countdown ends to figure things out for sure.

Something is going to happen in six days. At least, that’s what the Pronunciation Books Youtube channel keeps trying to tell us. Since it first began the countdown in early July, countless onlookers have come up with their own theories — and as it turns out,

On the new On the Media affiliated podcast, TLDR, producer and host Alex Goldman spoke with Gaby Dunn, who wrote the original Daily Dot article that put forth the Battlestar Galactica theory. The way in which they discuss her theory feels very resigned and matter-of-fact — because apparently, Dunn spoke with the actual Pronunciation Book people firsthand.

Alex: Unlike everyone else on the internet trying to solve this thing, Gaby actually did. She reached the people behind the channel, who she now refuses to identify. How’d she do it? She’s cagey about that too. She will say it was a combination of coincidence, investigative journalism, and the help of a sci-fi nerd coworker.

Gaby: She’s the one who put together all the Battlestar references.

Alex: Battlestar Galactica. The TV show. Pronunciation Book has something to do with a sci-fi franchise.

While the Daily Dot article did claim that “an independent investigation” confirmed their suspicions about the channel’s nerd-related roots, the rest of the Internet remained pretty skeptical (including us, of course). this is the first time any of us have heard about actual communication between Dunn and the creators of the channel themselves.

For her part, Dunn doesn’t seem particularly happy about this either. “I wanted it to be more insidious, which is probably a terrible impulse on my part,” she told Goldman. But it’s not viral marketing, she insists; it’s something different. “I wish I could say more!” Yeah, we do too, Gaby. Guess everybody just has to wait until next Tuesday.

The rest of the TLDR episode — antithetical to what its name would suggest, it’s a pretty short listen — can be found here.

(via On The Media)