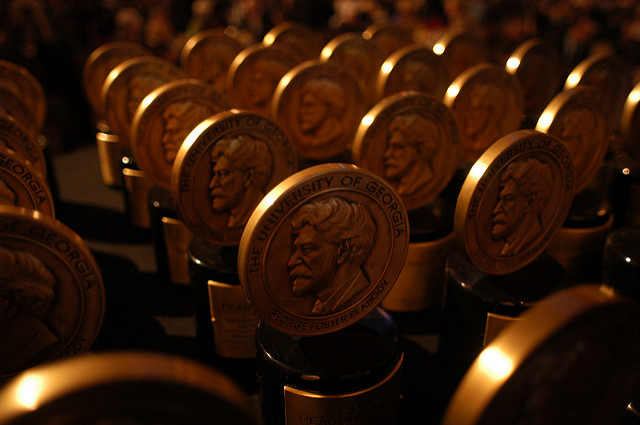 Originally intended to be a “Pulitzer Prize” for radio, the Peabody Award has since expanded in its 75-year history to award excellence in all electronic media, from radio and podcasts, to broadcast television and cable, to streaming television, sites, and blogs. This year, the Peabody Awards lauded shows and streaming films where diversity was as much a metric of their success as writing or production excellence. And they happened to be some of our favorites!

Geeky offerings like Marvel’s Jessica Jones, Mr. Robot, and The Leftovers were awarded the prize, as well as shows that specifically look through a more diverse, 21st Century lens, like Transparent and Master of None. Lest you think that it was all about streaming shows and cable shows, Black-ish held it down for broadcast television.

Check out this video montage of all the winners in the “Entertainment and Children’s” category:

The 75th Peabody Awards ceremony will be hosted by Keegan-Michael Key held on May 21st in New York City, and will air on Pivot on June 6, 2016 at 8:00pm ET/PT if you want to check it out and watch the winners accept their prizes.

(via io9, image via Peabody Awards/Flickr)