7 Life Lessons From the Marvel Cinematic Universe | The Mary Sue

7 Life Lessons to Take Away From the Marvel Cinematic Universe 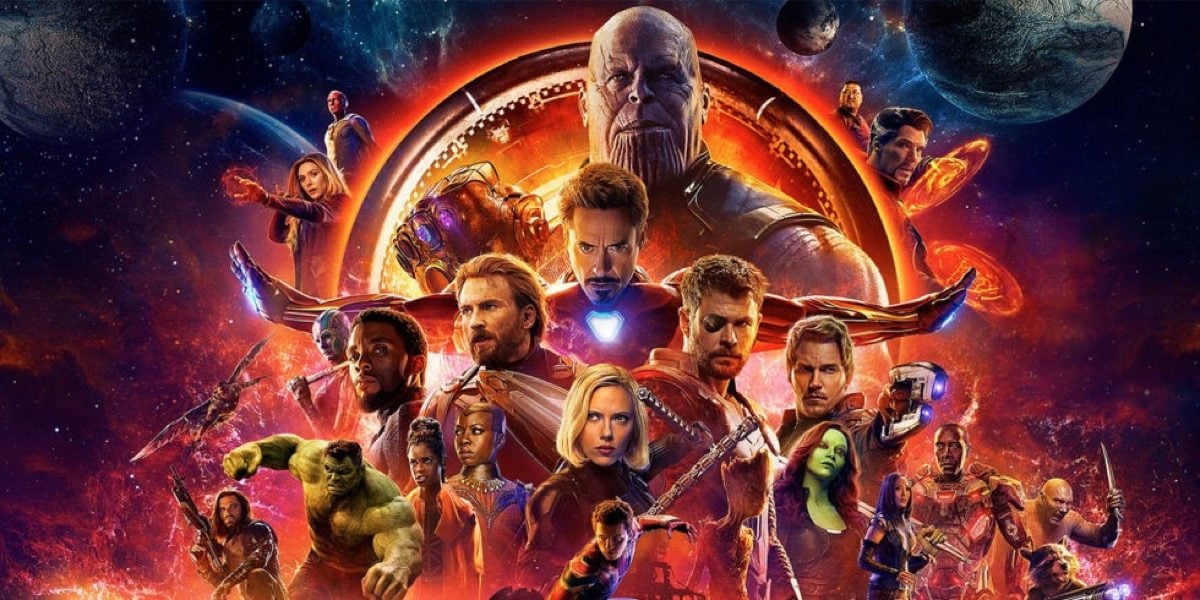 Oh no, not another superhero movie! Apparently, Hollywood’s drunk on superheroes right now. That’s what you’re thinking anyways, isn’t it? Open up Netflix and there’s a new superhero TV series. Grab the subway for your daily commute and there’s a huge marquee advertising the upcoming Avengers film. But don’t roll your eyes and look for the exits quite yet.

This recent surge in superhero shows and films, largely spearheaded by Marvel, isn’t just because Hollywood’s run out of new and creative ideas. Take a deeper dive into their popular movie universe, and you’ll find a lot more depth and substance in two hours than you’ll find in a whole season of Keeping Up With the Kardashians—a low bar, sure, but stick with me.

Even though this article’s published on The Mary Sue, there is no “Mary Sue” in the Marvel universe. Each and every character is flawed and makes more mistakes than a superhero “should.” Sometimes their mistakes are trivial, and other times, they have devastating consequences. Yet, through the help of friends and loved ones, these characters manage to push past their demons and still be the heroes that the world (or even galaxy) expects them to be.

Underneath the stylish costumes and explosive fight scenes, the Marvel universe truly brings a “real world” aspect to its movies that has characters deal with grief, betrayal, moral conflicts, and more. So, let’s unpack seven life lessons we can and should take away from the Marvel Cinematic Universe.

1. Everybody has Their demons 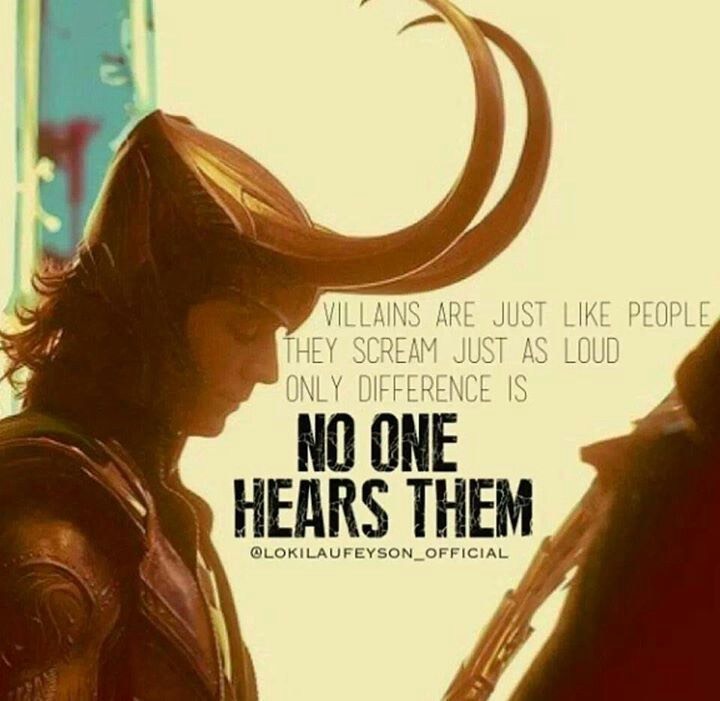 Tony Stark is shadowed by his father’s legacy, Bucky Barnes is fighting to know what’s real, Peter Quill struggles to feel wanted, and Rocket is the most repressed rodent I have ever seen in my life. Yet, all of these characters are expected to switch it on and save the world, just like we’re expected to put on our brave faces every day when we go to work or school.

As we see in these films, these tough outer armors eventually get worn down, and even the strongest wind up folding under the incessant emotional turmoil from their inner demons

“Dear brother, you’re becoming predictable. I trust you; you betray me.”

2. There’s no shame in needing someone

Recent studies show that 1 in 5 adults have a mental health condition, but over 56 percent of those adults receive zero help for their condition. This statistic is not only a testament to a lack of mental health resources, but it also goes to show how society has conditioned us not to seek help.

From a young age, we’re taught to “be a man” and that “crying is weakness.” As a child, I watched my parents cry behind closed doors and refuse to acknowledge their feelings, and inadvertently, I grew up believing that asking for help or seeking comfort from someone other than myself made me weak.

So, when I watched Captain America reassure Bucky that he would always stand by his best friend’s side, I admit, I bawled, and in those moments, I think to myself that maybe, just maybe, my friends would react the same if I told them I needed them.

3. Never be ashamed of surviving abuse 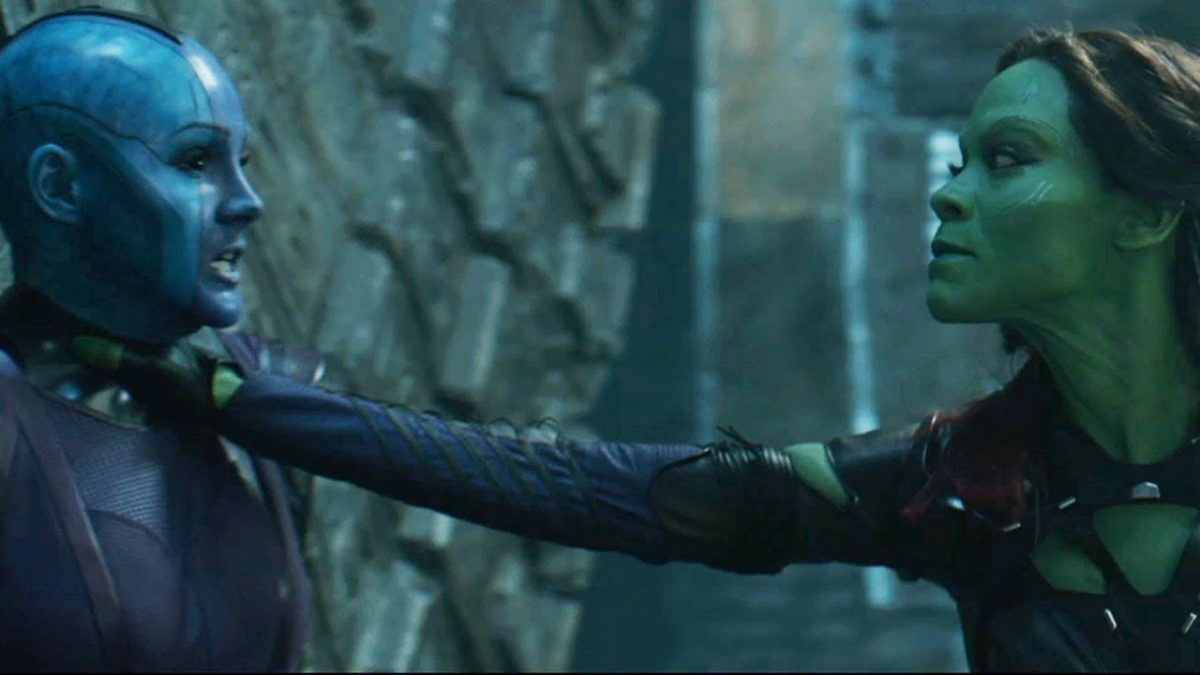 Blink and you might miss it, but our heroes have really suffered a lot of abuse from loved ones, both emotional and physical. Heck, Guardians of the Galaxy essentially dropped us into a paint can of abuse.

It’s one thing for an indie film to tackle such a taboo subject, but for a family-oriented, blockbuster franchise to shape one of its films around this subject is not only inspiring, but comforting.

Each Guardian tackled the repercussions of their own childhood abuse differently, just as every abuse survivor is different in our world. When going through abuse so often leaves us feeling broken and unwanted, the Marvel movies remind us that we’re not, and we too can be someone’s hero—maybe, eventually, even our own.

4. Making bad decisions does not make you a bad person

This one feels personal, and I know not everyone can relate to this feeling, but there’s a reason why Bucky Barnes and Loki are two of my favorite characters in the Marvel franchise. Both have done awful terrible things and basically classified themselves as unforgivable and complete monsters. 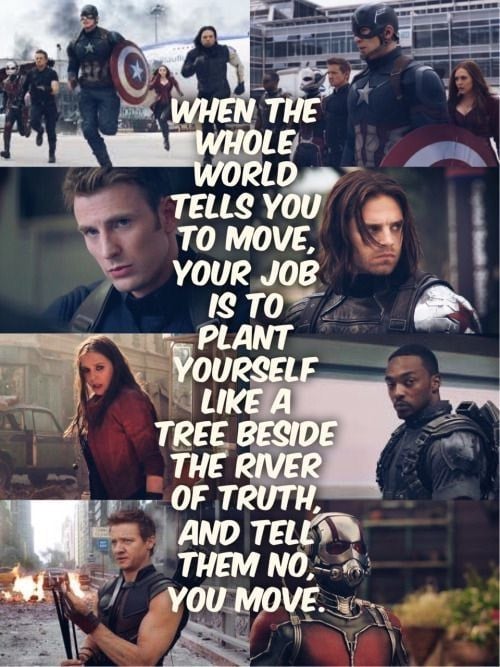 Yet, with the help and support from their friends and personal grit, they found a way to push past their past and become heroic. These two characters often played as the villain in their respective films. Captain America: The Winter Soldier was all about Bucky vs. Steve, while Thor: The Dark World was Loki vs. Thor (not to mention The Avengers). But in Avengers: Infinity War, these two “villains” fought alongside the Avengers and had, arguably, the most heartbreaking deaths in the film.

So for those of you who feel like there’s no chance of redemption, take a look at Loki and Bucky.

5. You are not your parents

Trying to write an argument against this point would be completely moot. I would sound like a broken record if I did so. Whether you live in the shadows of your well-esteemed father or find yourself running from the sharp words that spout from your disapproving mother’s mouth, know that you are not your parents. You do not have to act the way they do; you do not have to even believe in the same things they do.

We saw Tony Stark struggle with his feelings towards his father, and we know just how painfully hard Loki yearned to have his father’s approval.

Yet, as we watch each Marvel movie after the next, we slowly see these two characters grow into their own skin and become the heroes that we grow to love by the end of Avengers: Infinity War—and their story isn’t over, just as yours isn’t.

So, if you struggle to reconcile your identity with your parents’ expectations for you, know that it’s OK, and that it takes time to break away and become your own person. 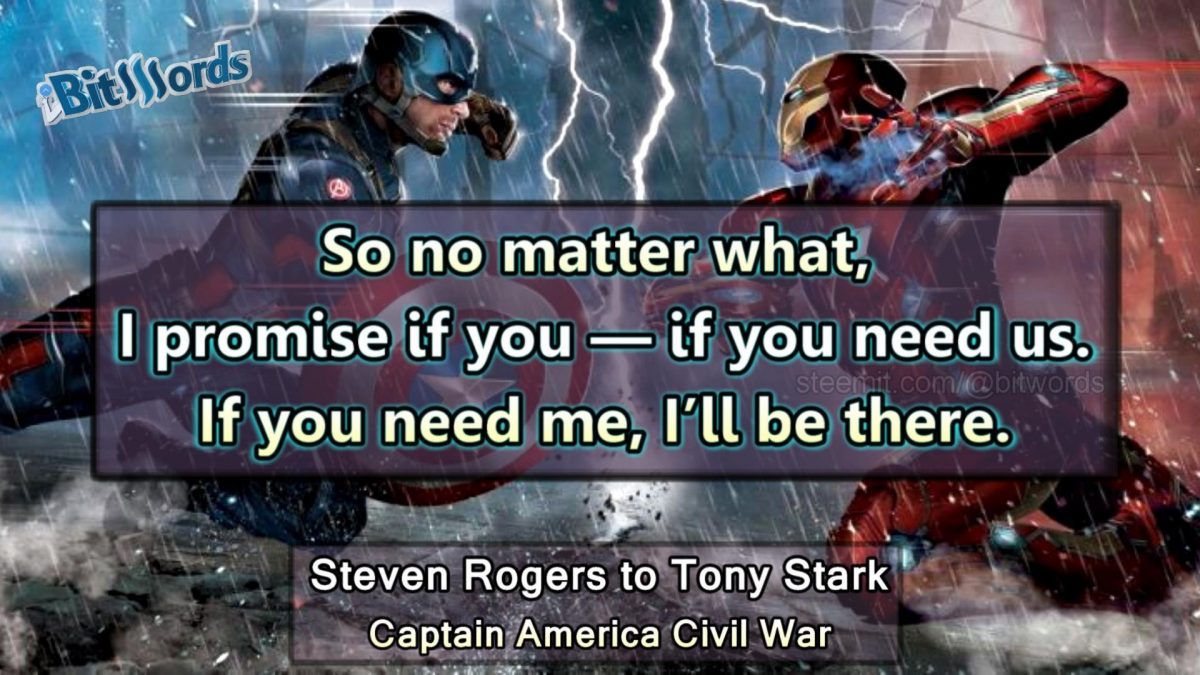 I really don’t think this one needs much explanation. Save for Thor and Loki, and T’Challa and Shuri, none of the Marvel characters are blood-related, yet they look out for each other and protect one another as family should. If you disagree with me, maybe you should watch Infinity War again. I know none of them felt that much pain when their abusive family members departed.

So for those of us raised under the mindset that “blood is thicker than water,” know that it’s OK if you feel safer around those who aren’t biologically related to you.

7. Fight for what you believe, even if you’re fighting alone

Sharing your story and removing mental health stigma are super important to me, and I know I’m not the only fangirl out there to rely on fictional characters and worlds as tools to keep fighting each and every day.

I’d love to hear your story and whether you related to any part of this article.

If you did and wish to further extend this conversation, you can find me here:

A storyteller at her core, Shannon loves writing about the stories that inspire her every day. She created The Fandom Academy last year to share these stories. Its since been rebranded as The Fandom Collective and she hopes that through it, you will find a family within Fandom. When she’s not busy writing and binge watching TV, you can catch her out exploring the world and trying new foods and activities. “At least try it once. Even if it doesn’t work out, at least you’ll have a good story to tell.”