50 Years Later, Night Of The Living Dead Is Still A Waking Nightmare

"They're coming for you, Barbara." 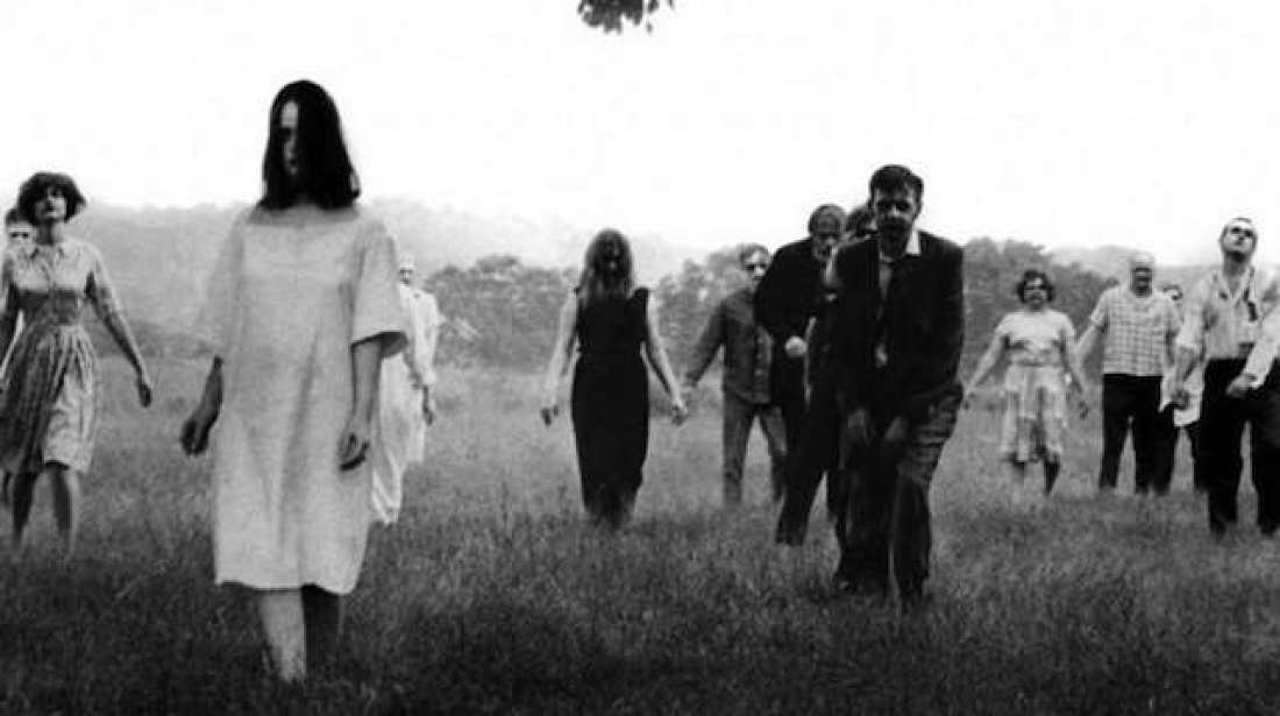 If we want to look somewhere to cast blame for why I love horror films so much, Night Of The Living Dead is as good a place as any. I watched it one summer and was absolutely horrified, but in the best way possible. It reminded me of nightmares where you flee from whatever is chasing you but the monster still follows you, unrelenting even as in the dreams your legs turn to jelly. For a filmmaker to have captured that sense of foreboding and inescapable doom absolutely blew my teenaged mind.

Even now, 50 years later this week, the film still gets under my skin with how unrelentingly claustrophobic the film is. Barbara (Judith O’Dea) flees from the zombie that killed her brother and hides in a house, and that is where the action mostly takes place for the rest of the film. They have four walls keeping the zombies at bay and that’s that; the hungry hordes keep coming and coming, pressing against the doors and windows. Inside, the adults are snapping at each other as the TV keeps unveiling new layers to the situation. Is it too on the nose to suggest a political parallel to the modern news cycle?

Modern audiences might look down their nose at Night Of The Living Dead’s frights. We do live in a post-Walking Dead world, where the zombies have to either be fast or the humans have to less than human to get people to pay attention to a zombie story. But The Hollywood Reporter sums it up best when talking about what sets Living Dead apart from, well, The Walking Dead:

Modern zombie efforts are often driven by hope. Despite the guts and splattering of blood strewn across the walls, there is a purveying sense of optimism that humanity will get through this and come out on the other side — perhaps different, but out all the same. From modern classics like 28 Days Later (2002) to more recent offerings like The Girl With All the Gifts (2016) and Cargo (2017), there is a sense that the zombie apocalypse isn’t the end but a chance for a new beginning, a biblical flood where bodies have replaced water but the strong and righteous can still be saved. In Night of the Living Dead, morality and goodness don’t mean salvation. These characters were damned from the start. Romero’s zombie film is driven by nihilism of the American variety.

Nihilism is what makes Night Of The Living Dead such a nightmare, particularly an American one. Even more specifically, a white American one. So much of American culture is steeped in the ideal of manifest destiny, of being the chosen ones to lead the world into a battle for democracy and peace. It’d be ironic that a country steeped in hate and inequality believes itself to be so important if it hasn’t cost so many lives. Night of the Living Dead gives us white characters who embody all the facets of the American dream and vision for the future: the nuclear family, the teenaged couple who are the future, and, of course, Barbara. They should be leading the charge into tomorrow of course, because we’re Americans, dammit, and we always triumph.

And yet, these characters all fall prey to the apocalypse: the Cooper family is killed by cowardice and their own infected, zombified child; the teenaged couple are rash and killed to show the danger of the situation; Barbara all but runs into a crowd of zombies when she sees her brother is among them. These characters have failed us by failing themselves. The white American dream is dead. Long live the American dream.

For the most part, the characters (including Duane Jones’s Ben–the genre’s first Black protagonist–who we’ll touch on shortly) spend the film shocked that the apocalypse is even occurring. Barbara spends the first ten minutes wandering around a picturesque farmhouse in shock, rather than behaving like the heroine we are conditioned to expect her to be.

It takes Ben’s arrival for the plot to begin and for someone to take the mantle of hero. The Cooper family’s patriarch, Harry (Karl Hardman), clashes with Ben over who’ll be the leader and expresses gruff frustration with anyone who posits an idea different from his own. He is, ultimately, a coward who is murdered by his own child after he refuses to accept the truth of their situation. They expect their plans will work out, and they don’t care if Ben is sacrificed in the process.

The reason why the film remains a powerful social commentary may be due entirely to the character of Ben. Ben is everything we want out of a hero—he’s courageous, tough, and likeable—and he’s also the only one who seems to accept the gravity of their situation. He boards up the door and windows to protect himself and the others as Harry stomps around and tries to take control of the situation. He tries to save Barbara even when Barbara clearly does not want to be saved.

And yet, his fate is perhaps the film’s most horrifying moment. The morning comes, and Ben is the only survivor left. He comes out of the basement and peers out a window, only to be gunned down by a white man who assumed he was a zombie. The last image of the film is Ben’s corpse in a pile of bodies about to be dumped into a blazing fire. It’s shocking, gut-wrenching … and a terrible truth about America. The Hollywood Reporter writes of the ending:

“Things that look like people but act like animals,” the radio voice says describing the zombies. It’s difficult not to associate that description among similar ones that have been used to dehumanize black people, ones that those teens chasing down Duane Jones on the highway surely had one their minds, ones that result in the bodies of black men slain at the feet of white cops.

The white men come and destroy the threats to the white American dream, and kill the black hero in the process. If that is not a searing indictment of American society, I’m not sure what is.

The horror of the film is in both the visuals, which recreate a nightmare, and the fact it draws on the waking political nightmare that is American society. A return to normalcy sees the death of the hero. Abandon all hope, ye who enter here; not because of the zombies who will overtake the world but because of the society that they threaten. Romero understood that horror is a brilliant vehicle with which to challenge the ideas of society, and while his film is certainly dated in some ways, the messages it sends are most definitely not. Perhaps the greatest horror of it all is that, in the end, the story is one that is as painfully present to modern audiences as it was in the sixties. Hopefully, in another 50 years, the social commentary will become dated too.