From forth the fatal loins of these two foes, A pair of star-cross'd lovers take their life. 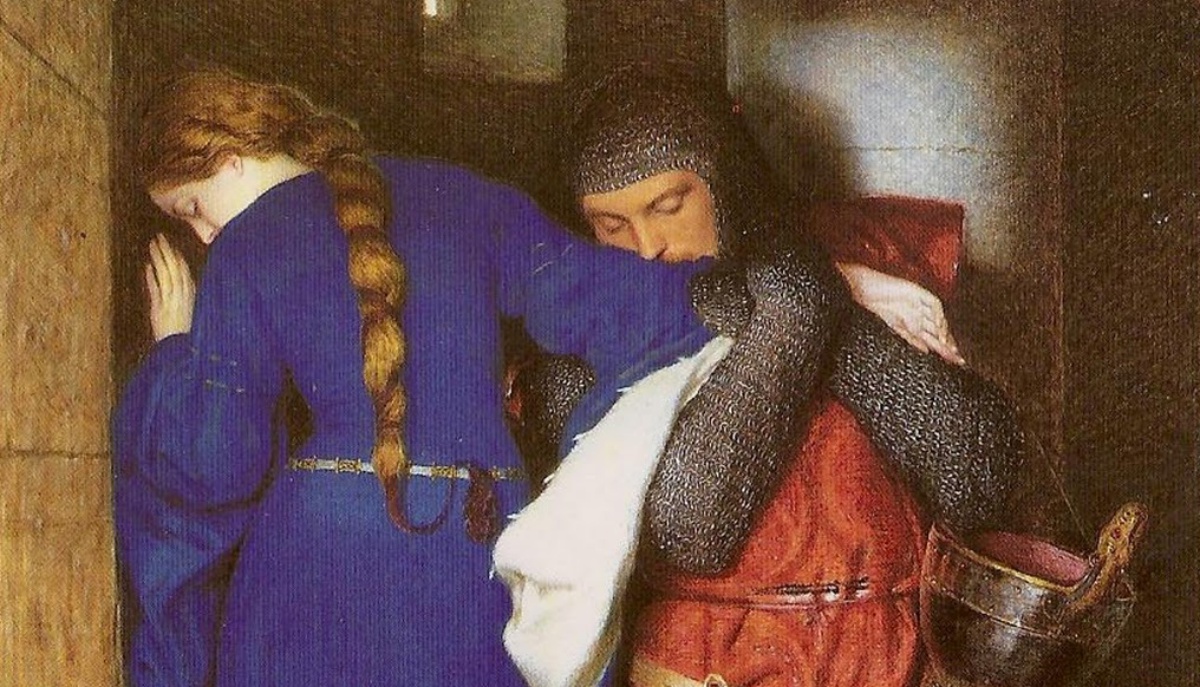 “Every story, new or ancient, Bagatelle or work of art, All are tales of human failing, All are tales of love at heart.” Pyramus and Thisbe, Romeo and Juliet, Kikyou and Inuyasha—mythology is filled with stories of two beautiful people who, despite their burning and longing, are often torn apart from each other due to that tricky minx, fate.

There are so many to pick from in mythology and folklore, but I decided on these 5 tales. Let us know which are some of your favorites down below! 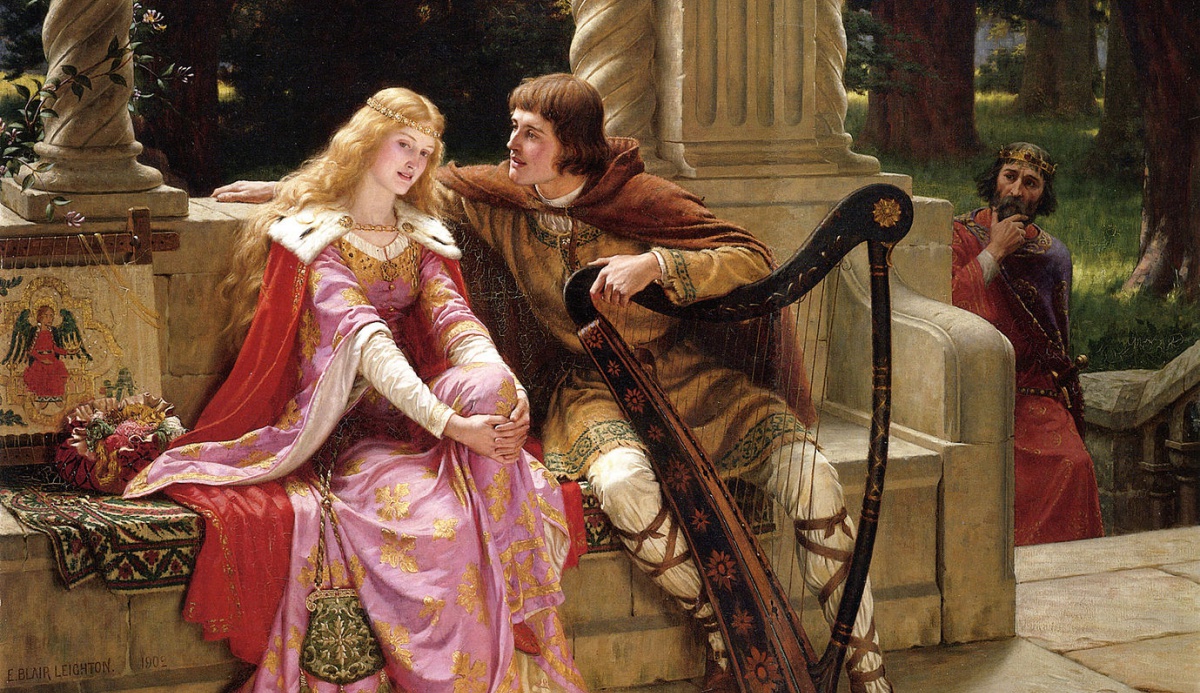 Tristan, Iseult, and Mark in “The End of the Song” by Edmund Leighton.

A classy courtly love story with magic potions, two women named Iseult, and a really big harp, the famous tale tells of the adulterous affair between Cornish knight Tristan and the Irish princess Iseult, who is his aunt by marriage.

There are many different versions of the Tristan romances, but the usual one is that Tristan was sent to claim Iseult as the wife of his uncle, King Mark. Tristan earns the “right” by killing a dragon at just the moment when their land is being harassed by one. Iseult’s mother makes a love potion for Mark to ensure that he will love Iseult and not take revenge on the princess for the rivalry between their two lands.

Mark finds out, and Tristan is banished and marries another woman named Iseult (of the White Hands), whom he never sleeps with because he’s sad about Iseult #1. Tristan gets injured by poison, and Iseult #1 is brought to him because she’s a skilled physician. Iseult #2 lies and says that Iseult #1 isn’t on her way, which makes Tristan lose the will to live a la Padmé, and Iseult #2, finding her lover dead, follows him down that path. 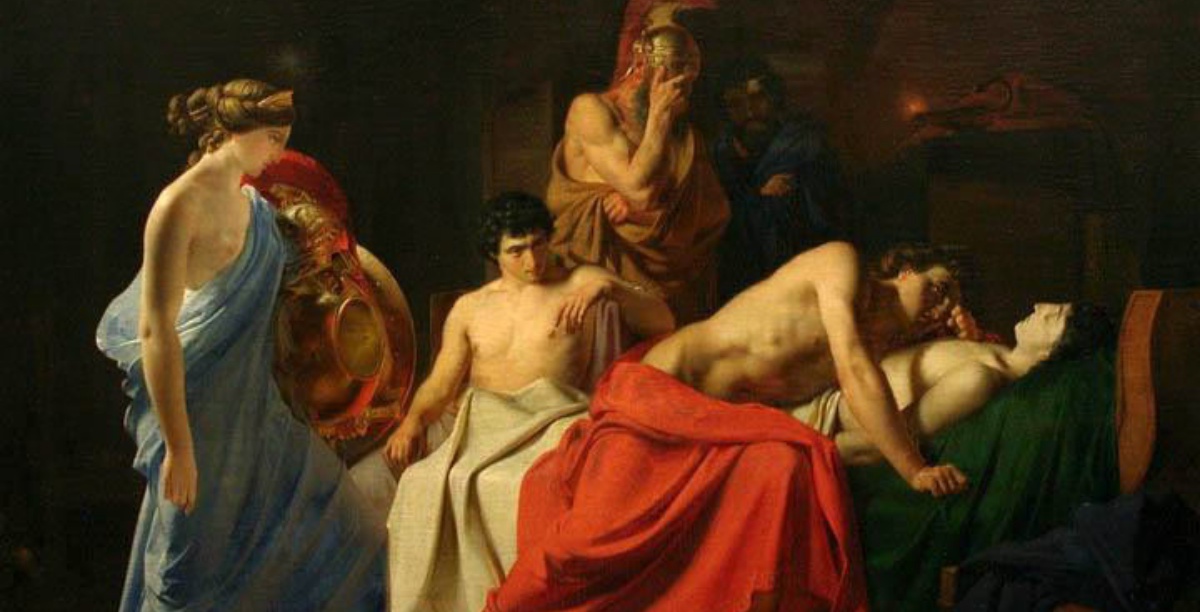 “Achilles Lamenting the Death of Patroclus” (1855) by the Russian realist Nikolai Ge.

Achilles, the petty queer warrior of the Trojan War, was having a really big diva moment when he refused to fight on behalf of the Greeks because Agamemnon disrespected him. He stayed in his tent and moped while the Greeks got their asses kicked by Hector, the only real great warrior of Troy (screw you, Paris). Patroclus was Achilles’ “close comrades,” and we all know what that means, okay Ancient Greeks?

Patroclus persuades Achilles to let him lead the army, wearing Achilles’ armor, because that’ll give the Greeks some morale, and because unlike Achilles, Patroclus can’t watch his people getting slaughtered. The Parent Trap plan works, and Patroclus scores a solid defense on the battlefield but is killed in battle by Hector.

Achilles loses it and agonizes over the death of his lover (I’m brave enough to say this), and the entire scene is similar to when Andromache mourns Hector. Parallels.

Now motivated by the only thing stronger than bisexual pettiness—bi-furious rage—Achilles returns to the battle with the goal of killing Hector, which he does, ignoring that, by doing this, he will be enacting the prophecy that says Achilles will fall in battle. After killing Hector, Achilles drags his corpse by the heels behind his chariot, destroying the body until the gods take pity on Hector and decide to make sure he can be returned in one piece. 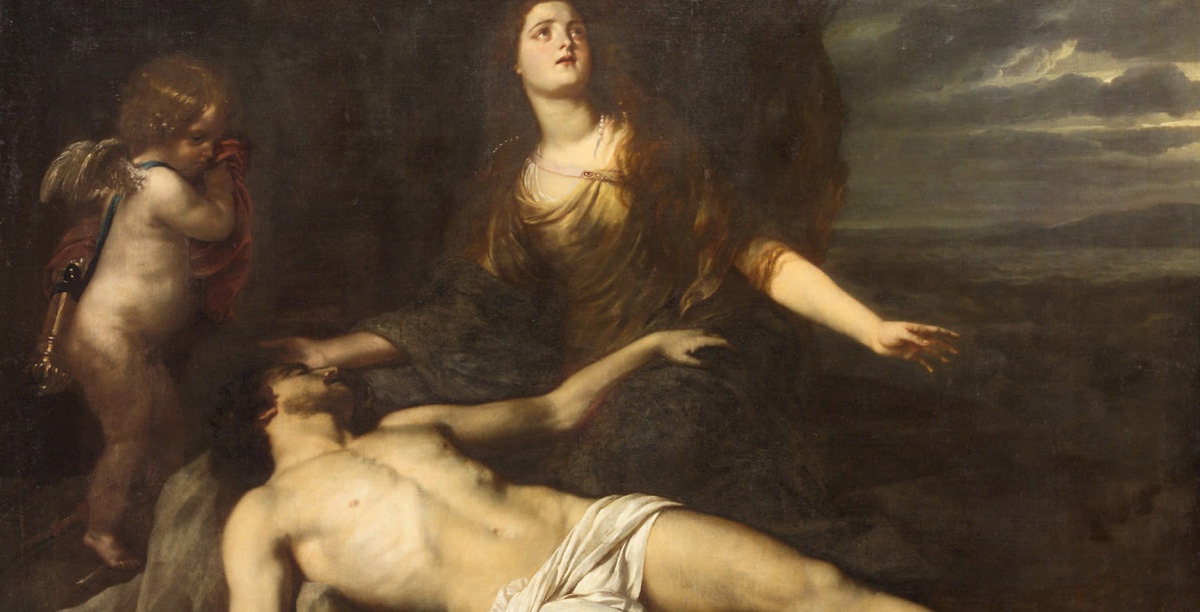 Hero was a priestess of Aphrodite; Leander was … a guy. Hero lived in a tower across a lake from Leander. Since she couldn’t leave, he would swim to her as she guided him across the dark lake with a lantern. They eventually made love during the period we call “summer love,” but that was the calm before the storm. Literally.

Poseidon is a huge cockblock in this story. The storm gets intense, and the light gets put out, and Leander drowns in the dark abyss. Hero, seeing his body, drowns herself as well.

Magayon is the daughter of a chief with so many suitors, little time, and even less patience. She falls into a lake and is rescued by her designated cutie, Panganoron. They meet, fall in love, and marry quickly, as one is wont to do.

One of Magayon’s former suitors, Pagtuga, kidnaps the young newlywed bride and says that she has to marry him in order to secure her father’s freedom. Hubby goes to war with the kidnapper, and the cute couple ends up defeating Pagtuga.

But then one of them gets killed by an arrow, and as the trend would indicate, the other kills themselves. They are buried together, and their grave turns into a volcano, Mt. Mayon in the Philippines. According to the legend, Magayon is the volcano and Panganoron is the clouds. So close and yet so far. 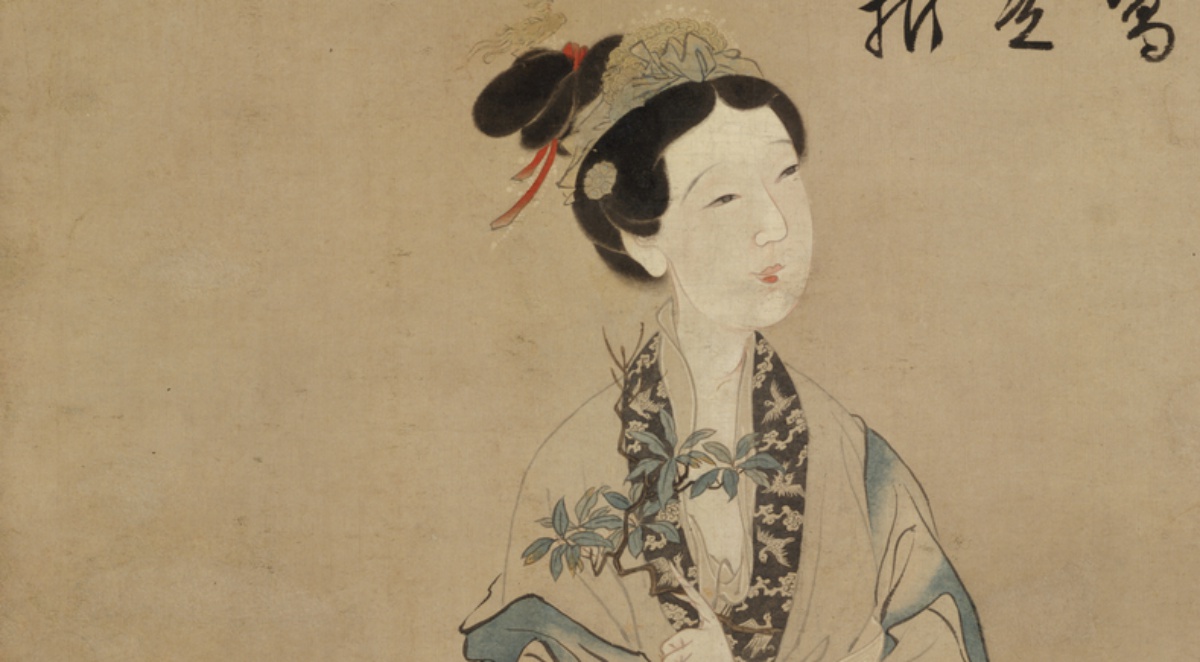 “The painting The Moon Goddess Chang E,” dated to the Ming dynasty.

Quick history lesson: There used to be ten suns, and they all came together to burn the Earth—global warming, if you will. So, an archer named Hou Yi shot down nine of the suns, leaving only the one we see before us. As a reward, he was given the elixir of life. He didn’t take it, and instead let his wife, Chang’e, hold onto it because he didn’t want to be immortal without her.

You don’t take out nine suns without being of note, so one day, while Yi was away, his apprentice, Fengmeng, broke into his home and tried to forced Chang’e to give him the immortality potion. Rather than let him have it, Chang’e took the elixir herself, was instantly turned into a deity, and ascended into the Heavens.

That’s one way to get a guy to leave you alone.

She decided to become the goddess of the Moon because she would be close to her husband. Yi, realizing what happened, left her tributes that became Mooncakes, which are eaten during the Mid-Autumn Festival in her honor.