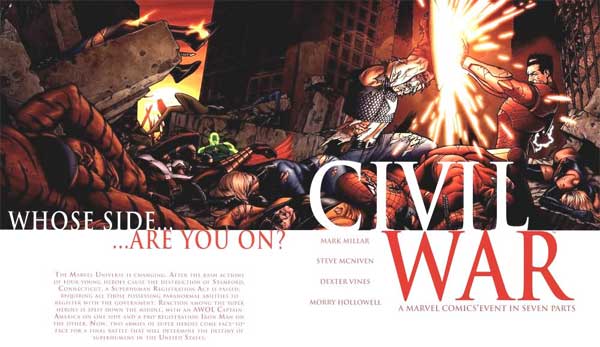 With Marvel Studios announcing that the third Captain America film will be based on the Marvel Comics Civil War storyline and will figure hugely in the studio’s Phase Three plans, it occurred to me that Marvel has so many potential stories to adapt for the big screen. Let’s take a look at some Marvel stories that the company could mine to great success for the box office. 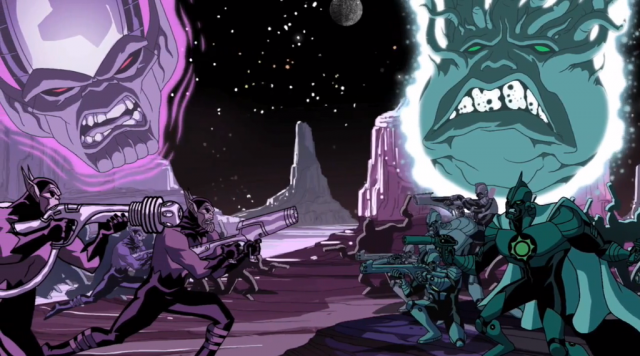 With Marvel’s Phase Three building to the two-part Avengers: Infinity War event, an adaptation of the classic Avengers storyline featuring Earth being pulled into a galactic conflict between the alien races known as the Kree and the Skrulls would most likely be a consideration far down the line. Marvel Studios has a lot invested in the Infinity War saga, planting the seeds throughout its films, so the company might have a reason to fear that their fans could get a case of cosmic event fatigue. However, the Kree-Skrull skirmish is ripe for the picking, with themes of the costs of combat, echoes of the Red Scare, and whether or not Earth should become an isolationist entity. Oh, and a helluva lot of explosions and derring-do!

While Fox owns the rights to the Fantastic Four—also involved in the war—Marvel still has the Avengers and the Inhumans in their sandbox to play with should such a film ever enter development. Add to that is the introduction of the Kree in Guardians of the Galaxy and Agents of S.H.I.E.L.D. and a lot of the heavy lifting for laying the groundwork has already been accomplished. The only hitch might be whether the Skrulls, traditionally associated with the Fantastic Four, would be available for Marvel Studios to use or if Fox retains the rights to those aliens as well. 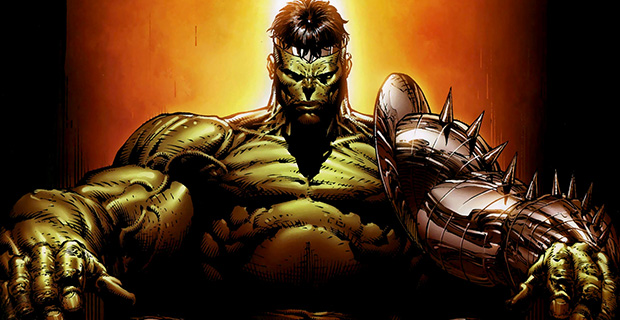 When Marvel Studios announced its slate of movies on tap to hit theaters in the next half-decade, mention of a Hulk-centric film was nowhere to be seen – despite the fact that Mark Ruffalo, the gamma goliath himself, had hinted that a movie focusing on the jade giant might be in the works. Before that, there had even been whispers that Marvel was considering adapting the story Planet Hulk, in which Earth’s heroes send Dr. Banner’s alter ego into space to protect both himself and the Earth, for the silver screen. But with Marvel Studios Kevin Feige going on record as saying that a Hulk movie ain’t in the cards at the moment, we might have to wait a few years before the gamma-irradiated hero gets his due.

If that day should happen, though, Planet Hulk would still remain the perfect tale for a romping movie-going experience. The yarn has so many themes to explore: betrayal, whether the ends justify the means, and the wages of anger. Plus, Hell, it’s a story that features the Hulk as a gladiator and eventually becoming king of an entire planet! Seriously, take my money, Marvel! In addition, Planet Hulk would open the door to a crossover with any number of Marvel’s cinematic properties, including the Guardians of the Galaxy and Captain Marvel.

With Marvel Studios branching out and making use of its cosmic heroes, like Planet Hulk, Annihilation would be a perfect fit for Marvel’s cinematic universe somewhere down the road. The tale, written by Keith Giffen of Justice League fame, depicts many of the cosmic beings in Marvel’s wheelhouse assembling to stop the threat of the Negative Zone’s Annihilus and his Annihilation Wave from consuming the galaxy.

As with the previous two entries, Marvel is, purposely or not, setting itself up in a perfect position to adapt Annihilation for the big screen. Many of the members of the film version of the Guardians of the Galaxy played integral roles in the story arc, including Drax the Destroyer. The tale is pretty Thanos-heavy, so the folks at Marvel Studios might opt out of including him for fear of Thanos fatigue. Further, Galactus and the Silver Surfer, also involved in the story, are already tied up over at Fox, so they would be off-limits. However, between Captain Marvel, the Inhumans, and the Guardians, Marvel would have more than enough characters to do the film justice. In addition, Guardians of the Galaxy director James Gunn has already stated that the hero Nova won’t be featured in a Guardians sequel, so Annihilation would be the perfect vehicle for the Human Rocket to get his due and properly shine. 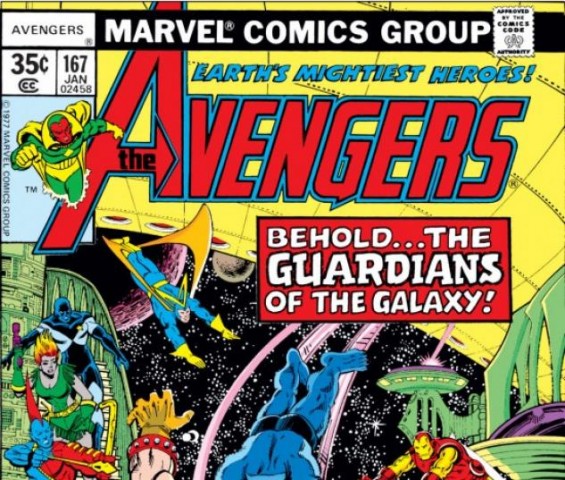 Michael Korvac is probably not a name that the casual comic book fan is familiar with, probably even less so than Thanos prior to his introduction at the end of the first Avengers film. However, while his appearances in Marvel’s comic book universe have been limited, he is most certainly one of the fiercest, deadliest opponents that Earth’s mightiest heroes have ever encountered.

Hailing from the future, Korvac—a traitor to the human race of the 30th century and once allying himself to Earth’s conquerors—traveled back in time to our era, using cosmic powers stolen from the planet-devouring Galactus to transform Earth into a utopia. The combined might of the original Guardians of the Galaxy (far different from the film version of the group) and the Avengers struggle to stop Korvac’s machinations.

See? All of this space operatic storytelling is fertile ground for creating a Korvac Saga for film. Long-time fans of the original Guardians would squee in delight at seeing their heroes interact with Star-Lord and his band of outlaw do-gooders. Again, since Fox owns the film rights to Galactus, Marvel Studios would have to do some reworking of the story a tad, but that’s an easy fix. Hopefully the future Guardians would be treated better on-screen than the reimagining of their teammate Yondu, my only sticking point with the otherwise superb Guardians of the Galaxy film. 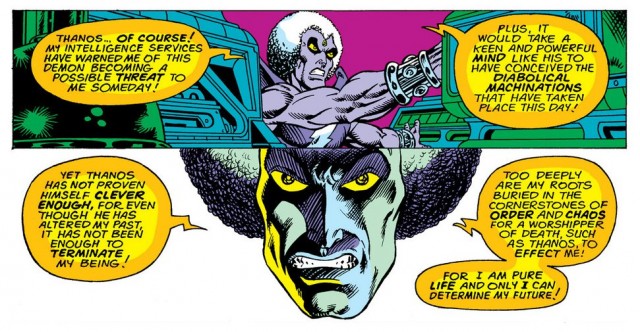 Saga number two on the list is one of the most psychedelic, mind-warping tales to come out of Marvel Comics to this day and just happens to feature one of my favorite cosmic characters of all time, the artificial lifeform known as Adam Warlock. Alternately friend and enemy to Thanos of Titan, Warlock acted as reality’s savior time and time again, often times against the scourge that Thanos posed to the universe.

In The Magus Saga, Warlock does battle with the Magus, an evil head of himself from the future and head of the Universal Church of the Truth. Warlock, Thanos, and Gamora manage to stave off the threat of the Magus, but at personal cost to Warlock. With James Gunn confirming that viewers did indeed see Warlock’s cocoon in Guardians of the Galaxy, it’s quite possible that Warlock is already roaming the Marvel cinematic universe. It’s too early to know whether Warlock will play a part in the Infinity War films, although he did figure prominently into the Infinity Gauntlet miniseries from which the films look to be borrowing. Regardless, The Magus Saga would fill a unique niche over at Marvel Studios, providing fans with a tale that explores concepts of identity and existentialism, wrapping those concepts in a trippy good time.

Are there any Marvel events you’d like to see on the big screen? Let us know in the comments!