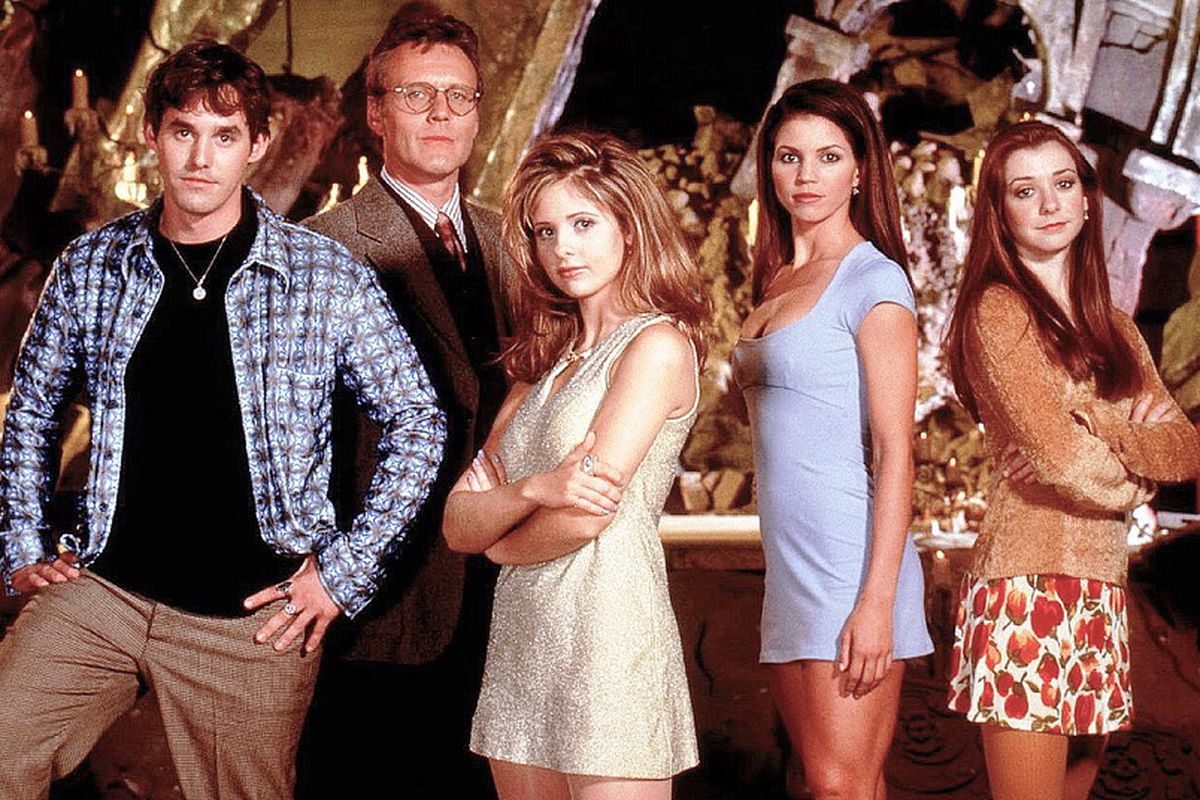 22 years ago today, a little-seen 1992 horror comedy got a second life as a teen supernatural drama. Over two decades later, Buffy the Vampire Slayer remains a fan favorite and a pop culture touchstone. It’s a legacy that few other shows can claim. Today is #BuffySlayDay, celebrating the 22nd anniversary of the premiere of the pilot episode “Welcome to the Hellmouth”, which saw Buffy move to Sunnydale, meet soon-to-be friends Xander and Willow, her watcher Giles, and a handsome mysterious stranger named Angel.

Since its premiere, Buffy has spawned countless books, comics,games, the spin-off series Angel, as well as critical research and academia dubbed “Buffy studies”. It’s easy to see why: Buffy premiered in the midst of the 90s girl power movement, but quickly distinguished itself for tackling heavy topics and themes. The show was, at times, hilarious and heartbreaking, elevating the genre and challenging television conventions. They experimented with different genres, from their beloved musical episode “Once More With Feeling” to the almost wordless “Hush”. Steered by creator Joss Whedon, the series created its own language, with slang and catchphrases that the nerdiest among us still enjoy.

Buffy also broke ground by making Willow a queer character, and giving her a long-running girlfriend in Tara. In today’s television landscape, where queer characters are more commonplace, it’s amazing to consider how risky and revolutionary the move was barely two decades.

Buffy the Vampire Slayer also changed how we think of female superheroes. She was one of the first fully formed portrayals of feminine strength, unafraid to be flawed and make mistakes. She was nuanced, she was knocked down, but she always got back up. Today, Buffy is still beloved by countless fans across the globe, and is enjoying a new comics run through BOOM! Studios as well as a modern sequel series with a woman of color as the Slayer.

As the series went on, the show became darker and more intense. Season six saw Buffy resurrected from the dead, only to find her depressed and lacking meaning. Her struggle to find a reason to live and overcome her depression resonated with fans everywhere. Above all, Buffy was empowering, both in her strength and in her humanity. That’s what makes a hero, and that’s what makes Buffy the Vampire Slayer such an indelible and unforgettable show.

How are you celebrating #BuffySlayDay? Are you marathoning the show, singing along to the musical, or just keeping it five by five? Let us know in the comments!