Murder Hornets, "Slaughter Phase," and now voracious maggots?? 2020 can you not? 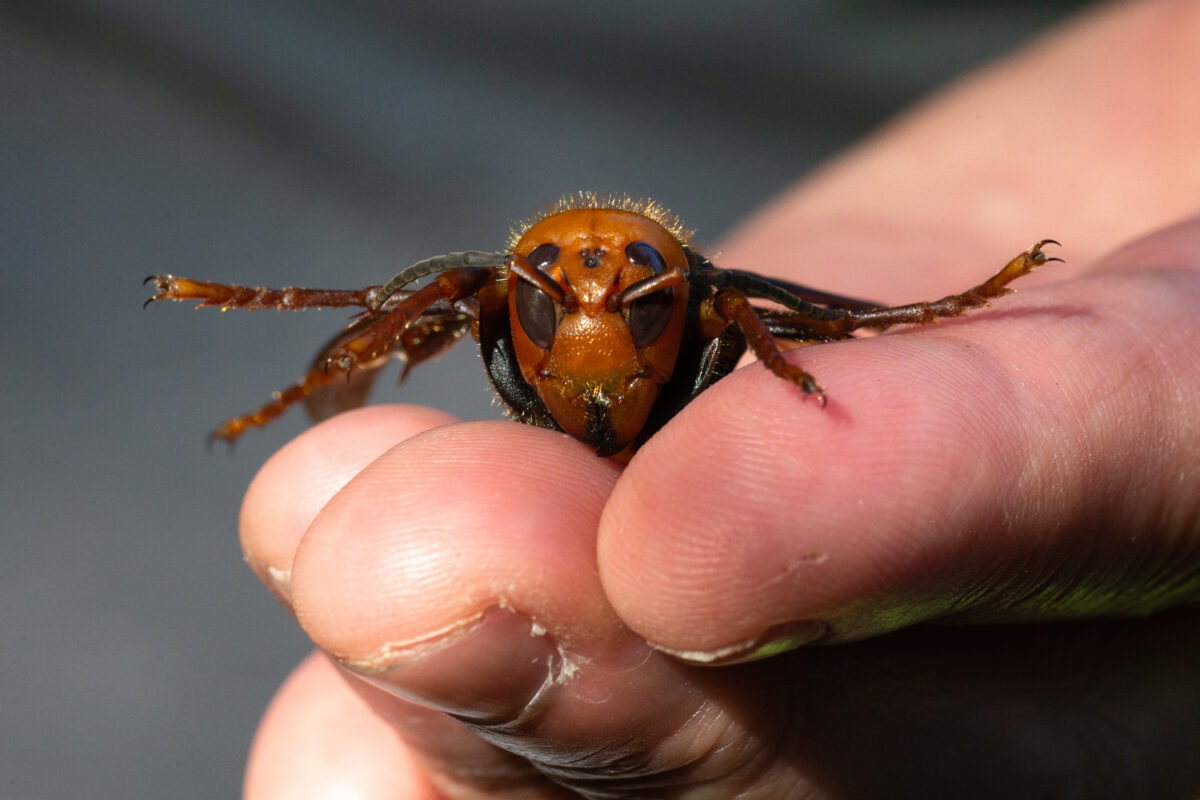 Because it’s 2020 and having dangerous infestations of murderous vermin with bottomless appetites in the White House wasn’t enough, in May we were also given the gift of “murder hornets”—a giant, deadly species of hornet (vespa mandarinia to be precise) from Asia. And they have just entered something called “the slaughter phase.” Oh boy!

According to Earther, The Washington State Department of Agriculture held a press conference this weekend to report that after escalating hornet sightings they are desperately searching for the nest so that they can eradicate it before the hornets enter said “slaughter phase.” Because that phase involves the hornets hunting down and annihilating any and all bees that they can find. By decapitation. This would be devastating for our already endangered honey bee populations.

#AsianGiantHornets are becoming more numerous and active. To locate nests, we need to catch live hornets or know the direction they are flying when they are spotted. If you spot an Asian giant hornet, note the direction it is flying and report ASAP at https://t.co/o8g9ZHvSAd. pic.twitter.com/DGGUFDwWSX

But that isn’t the only horrifying bug news! Today Future Human released an exposé on breeders of the black soldier fly. Previously only known to reptile owners (lizards find the fly larvae delicious), there are experiments with breeding the notoriously voracious fly larvae as trash eaters in order to help cut down methane gas emissions. Breeding hungry bugs that can consume hundreds of pounds of organic matter (both plant and flesh) a day? What could go wrong?

So we have murder hornets and we have voracious trash-eating maggots, but which news is the most upsetting on a visceral level? Obviously, this means we need a BATTLE OF THE BUGS. The Candyman and The Fly face off in a battle of scary meets gross!

So the murder hornets are ginormous but, being hornets, are also very sleek. They’re like the Lamborghini of insects: big, flashy, totally unnecessary assholes that are often dangerous to others on the road. But flies, and fly larvae, are greasy, oily, slimy, heaving masses of writhing, wriggling, HUNGRY little mouths. Which one can you most imagine Indiana Jones having to stick his hand into in order to unlock a hidden passage-way—I think the winner is clear.

I split danger, or threat level, into two categories. The first, how dangerous are the bugs to me, personally? Murder hornets are particularly dangerous to humans (unless you have a bee allergy) however, when I was fourteen I was attacked by a swarm of wasps that has left me with a crippling fear of bees, wasps, and hornets. It was a true My Girl moment, except luckily, I do not have a bee allergy. The flies however consume large amounts of trash, which I feel is very threatening to me—a trash person—on both a spiritual and emotional level. However, the hornets and their gigantic stingers are just way scarier.

The second danger category applies to how the insects might affect things globally. The murder hornets in their “slaughter phase” have one goal—destroy and decapitate all the bees they can find and feed the corpses to their brood. And considering that bees are a very important, and already at risk, pollination link in our ecological system, anything that might contribute to bee population loss is BAD NEWS!

The trash larvae on the other hand might actually be a good thing for us, as we are desperate to cut down on greenhouse gas emissions. I personally worry about the dangers of breeding animals, especially ones that like to eat meat, because I have consumed mass amounts of science fiction and human interference always ends badly, but I have to admit, right now we probably need all of the trash eating larvae we can get.

Ultimately, the overall winner remains the murder hornets, but I appreciate the trash-eating larvae serving up a valiantly disgusting and stomach-churning effort. Also, please 2020, don’t take this as a challenge to unleash more horrifying insect news upon us, we already have to deal with human murder hornet/snapping turtle hybrid Mitch McConnell still running the Senate.