The 2017 Writers Guild Nominations Give Our Faves Their Due: Stranger Things, Hidden Figures, Arrival, Deadpool & More 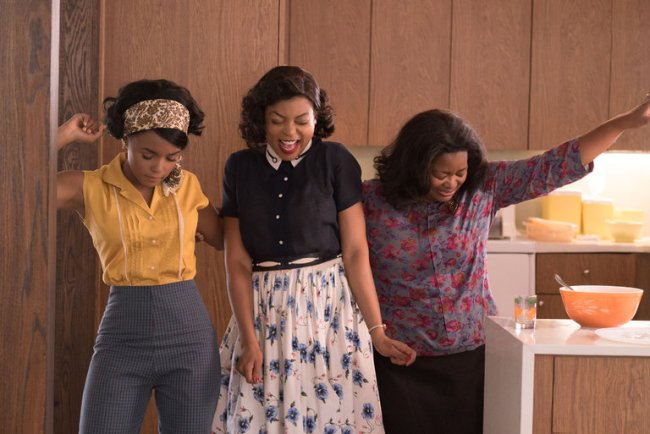 The Writers Guild Awards have just announced their 2017 nominations, and there’s more than a few of our favorites on the list, including an unexpected nod for Deadpool. Time will tell as to whether or not the merc with a mouth will issue some sort of message to the WGA in honor of the nomination, since as fans will recall, the Deadpool creative team did put together a lot of jokes about their movie during the run-up to last year’s Academy Awards.

It seems pretty unlikely that Deadpool would ever end up winning an Oscar for anything, but it’s nice to see it in the WGAs, since the screenplay is a surprisingly accessible adaptation of a very unusual and goofy set of storylines. That’s the precise category in which Deadpool got nominated, by the way: “Adapted Screenplay.” I don’t know that Deadpool will win, however, because it’s facing some very stiff competition, including (once again) more of our absolute favorite films from this year: Arrival, Fences, Hidden Figures, and Nocturnal Animals. It’s very cool to see Deadpool nominated, but I think I’d be pulling for Hidden Figures or Arrival in that particular lineup!

Under “Original Screenplay,” it’s a joy to see Moonlight and Loving making the cut. There’s also the love-it-or-hate-it La La Land, as well as Manchester by the Sea and Hell or High Water.

In “Documentary Screenplay,” Author: The JT LeRoy Story got a nomination. It’s definitely worth reading Charline Jao’s interview with the director and the subject of that documentary, if you haven’t yet, since the whole story there is fascinating.

On to the television categories! I was delighted to see Stranger Things got a nomination under “Drama Series,” and I hope it wins, particularly in comparison with some of its competition. I tip my hat to Westworld for getting nominated in that category as well, although it’s not one of my favorite shows (as the bad-cop recapper of Westworld here at TMS, you all know that well by now). Also in this category: The Show That Must Not Be Named, a.k.a. Game of Thrones, which I stopped watching a long time ago… although many of my colleagues here think the most recent season took a turn for the better. Lastly, The Americans and Better Call Saul got noms as well in this category. Quite a stacked list!

I was disappointed that HBO’s Insecure didn’t get nominated under the “Comedy Series” category–that seems like a big oversight to me. Also, it would’ve been nice to see Brooklyn 99 get a nod; I looked it up and it doesn’t look like that show has ever won a WGA, although it’s certainly won plenty of other accolades. Instead, we’ve got Atlanta, Silicon Valley, Transparent, Unbreakable Kimmy Schmidt and Veep up for the “Comedy Series” award. Of those, Veep is my favorite, but again I’m surprised by the choices for this category. But, hey, it’s not up to me!

The WGAs may not be as flashy and well-known as the Oscars or the Emmy’s, but it’s nice to see an awards line-up that’s focused entirely upon writing. It’s also interesting to see the diverse writers’ teams behind a lot of our favorite movies and shows. You can check out the names of everyone behind these movies and shows, as well as the full list of all the nominations in every category, over at the WGA website. We’ll find out who wins what on February 19, 2017.