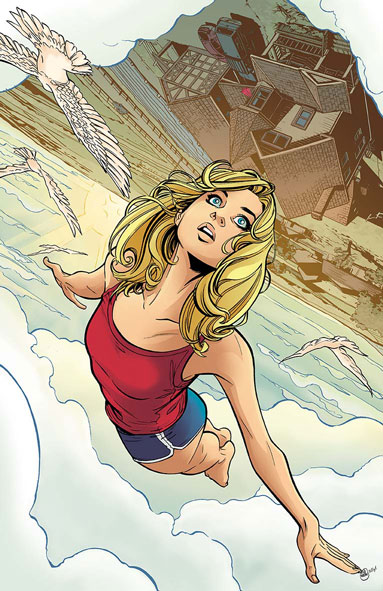 With horror shows like The Divided States of Hysteria out there, it’s nice to be reminded that there’s actually quality work created by LGBTQIA folks and/or representing that community well. That quality work and representation is recognized every year by the Prism Awards, and you can check out this year’s nominees, as well as this year’s judges below!

The Prism Awards are sponsored by, and given during Queer Comics Expo and winners will be announced on Saturday July 8th, starting at 4pm at the SOMArts Cultural Center in San Francisco. Here are this year’s talented nominees, along with links so that you can check out their work:

It looks like Scout Tran-Caffee is definitely a talent to watch with two entries in the webcomics category! And, while Lumberjanes will always be awesome, I have a soft spot in my heart for the awesome take on Supergirl and her friends that can be found in Supergirl: Being Super, and I’m so glad it got nominated!

Which are your faves on the nominee list, and who are you rooting for? Or, who do you think deserved a nom, but didn’t get one? Let’s talk queer comics in the comments!