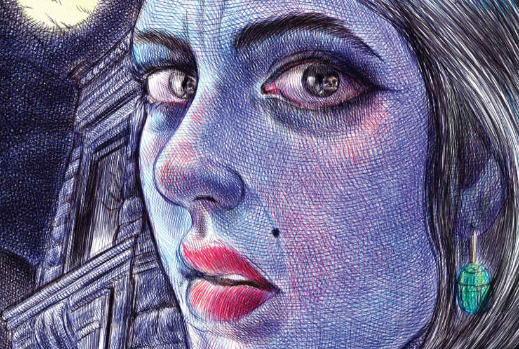 Last night, the Ignatz Awards were awarded at the Small Press Expo (SPX). The roster of winners was as diverse as comics itself, with queer, POC, and women creators taking home plenty of prizes – and, in a rare night for comics, not a single white male winner.

The Ignatz Awards, as the SPX website explains, recognize outstanding achievement in comics, with an especial focus on “exceptional work that challenges popular notions of what comics can achieve, both as an art form and as a means of personal expression.” The awards are named after the brick-wielding character in George Herriman’s comic strip Krazy Kat, and the prize itself is literally a brick.

TMS readers are in luck, because some of these award-winning comics are even available online for you to read for free, and I’ve linked to them below. You can also see the full list of 2017 nominees here or purchase any of the winners at the links. Check out the winners’ list below:

My speech in case we won an @IgnatzAwards and well we did. Thank you @toastasaurus for accepting and to every contributor for your 🔥FIRE!🔥 pic.twitter.com/TciZc1QBHs

(Helmer posted a comic about her nomination and journey, writing, “It’s been 20 years since I came up with that fictional girl who was able to be fearless on my behalf, but I can definitely say now that I’ve grown into a person who isn’t afraid to be exactly who they want to be, thanks to the comic, and thanks to your support.”)

Outstanding Collection
Our Cats Are More Famous Than Us: A Johnny Wander Collection, by Ananth Hirsh and Yuko Ota

Congratulations to all the winners!

(Via Comics Worth Reading and The Beat; image via Fantagraphics)