10 Female-Directed Movies to Look Forward to in 2015 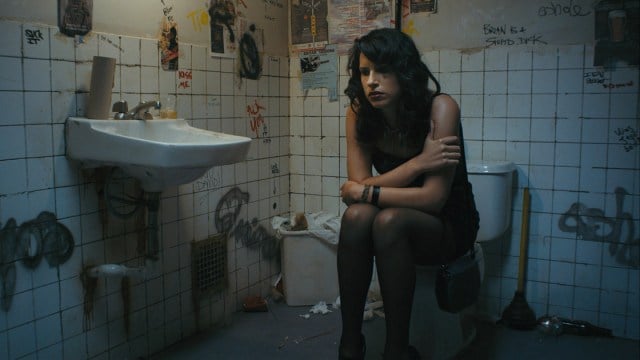 Star Wars: Episode VII – The Force Awakens isn’t the only movie coming out in 2015. (Though it might as well be, in my heart of hearts. Moses is going to a galaxy far far away! *sob*)  These 10 offerings from female directors are hitting theaters as well, and you should keep ’em on your radar. There will be a quiz later.

Don’t call Desiree Akhavan the the “Persian Bisexual Lena Dunham,” all right? Just don’t. But you can call her a funny-as-hell filmmaker, because she is. Appropriate Behavior, Akhavan’s debut feature (she wrote, directs, and stars) is Girls-esque in that it’s an autobiographical story of a 20-something woman navigating encroaching adulthood in hipper-than-thou Brooklyn. More comparisons abound due to the fact that Dunham is a vocal supporter of Appropriate Behavior and cast Akhavan in Girls‘ upcoming fourth season. But–and I can only speak for myself here, because sadly I have not yet perfected that mind-control ray–I laughed my ass of more at Appropriate Behavior than I have at any point watching Girls (which I like just fine, for reference). “Seriously, what happened at Wesleyan that did this to you?” had me rolling.

The third movie by director/graphic novelist Marjane Satrapi (Persepolis, Chicken with Plums), The Voices is the first not based on one of her previous works. As you can tell from the trailer above, it’s an incredibly dark comedy about a seemingly good-natured man (Ryan Reynolds) whose “aw, shucks” dog and evil (naturally) cat talk to him. As does the head of this girl he murders, played by Gemma Arterton. Yeah. It’s shaping up to be pretty weird.

I hesitated a bit putting Jupiter Ascending on the list, because the trailers make the Wachowskis’ upcoming space opera look like the shiniest, most generic bit of sci-fi there could possibly be. But trailers can be misrepresentative, and there are enough good elements here–Space Princess Mila Kunis, Elf Ears Channing Tatum, Eddie Redmayne chewing scenery so much it looks like he’s about to vibrate out of his skull–to keep me intrigued.

The good news—THIS IS A FEMALE-STARRING HAMLET, with Maxine Peake, whom you might have caught in last year’s The Theory of Everything in the lead role. Several other traditionally male roles are played by women as well, specifically Polonius (here Polonia), Marcellus (Marcella), Rosencrantz, the Second Gravedigger, and the Player King. This adaptation of the Bard’s most famous work was met with positive reviews when it ran in England last year. Which brings me to the bad news—a filmed version of the production is airing on approximately 200 cinemas in March… but only the U.K. British and Northern Irish readers–the rest of us can crash on your couches, right?

A manic-depressive  Mark Ruffalo tries to raise two free-spirited daughters when his wife  Zoe Saldana leaves to attend graduate school in New York in this comedy/drama written and directed by Maya Forbes and based on her childhood. This is Forbes’ first directorial effort; she previously wrote and produced episodes of The Larry Sanders Show and wrote kid’s movies Monsters vs. Aliens and Diary of a Wimpy Kid: Dog Days.

>>> 5 more female-directed movies to look forward to in 2015, plus two bonus movies