In 2013, Failing the Bechdel Test Was Bad for Your Movie’s Bottom Line 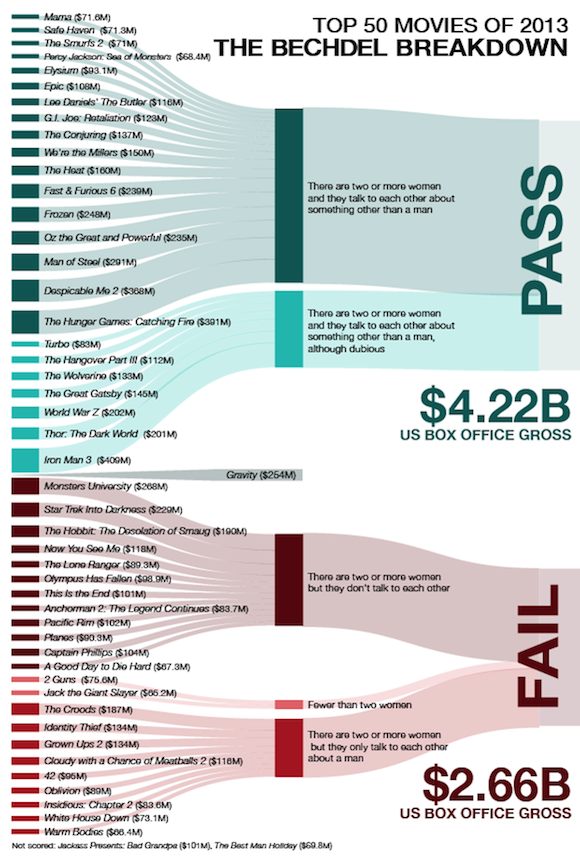 Ahh, it’s good to see The Bechdel Test used where it is most applicable: as a lens through which to expose a misrepresentational trend in modern film overall rather than specifically. Vocativ took nearly fifty of this year’s top grossing blockbusters, sorted them by whether they failed or passed the test. Turns out movies that passed were significantly more financially successful than not.