In 1995, I was still playing Civilization and Magic Carpet on a Compaq Presario with a small screen built on top of the tower. The venerable John Carmack, however, was busy coding Quake, using a monitor that that sported the specs of today’s monitors. The Intergraph InterView 28hd96 color monitor you see above (and below the break) was basically a 28-inch CRT, back when LCDs weren’t exactly large and widely available. The monitor measured at 49.5 x 69.9 x 62 cm and weighed in at a massive 99.5 pounds, heavier than your standard modern day 32-inch HDTV. The monitor was able to handle resolutions up to 1920 x 1080, you know, that coveted 1080p resolution that most people nowadays opt out of for the cheaper 720p.

The actual display size was 25.9 inches, with the brightness peaking at 100cd/m2. Almost ridiculously, the monitor itself used 180 watts of power. So, basically, when Carmack was coding Quake in 1995, he was also using a monitor from the future. 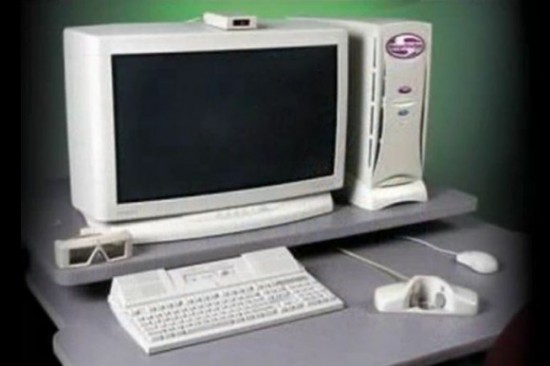