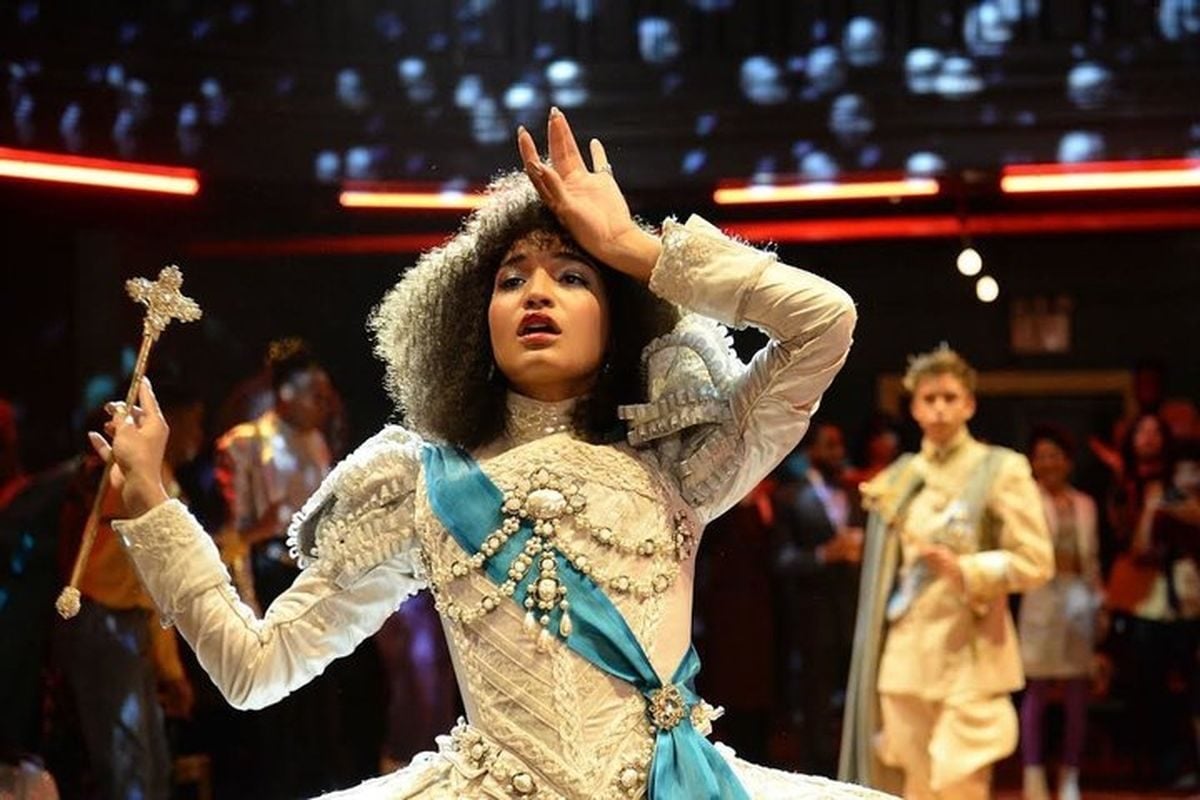 Shortly before the new year began, the Merriam-Webster dictionary announced its official Word of the Year to be the singular pronoun “they.”

Pronouns they/them are used to refer to non-binary people—that is, those who identify with or express a gender identity that is neither entirely male nor entirely female. An underrepresented part of the broader LGBTQ+ community, non-binary folks challenge gender stereotypes associating this identity with androgyny.

Being non-binary doesn’t necessarily mean being androgynous. In the same way, non-binary people don’t have to comply with the traditional idea of what androgynous should even look like. To celebrate 2019’s Word of the Year, we’ve put together a non-exhaustive list of genderqueer celebrities to keep an eye on in 2020. 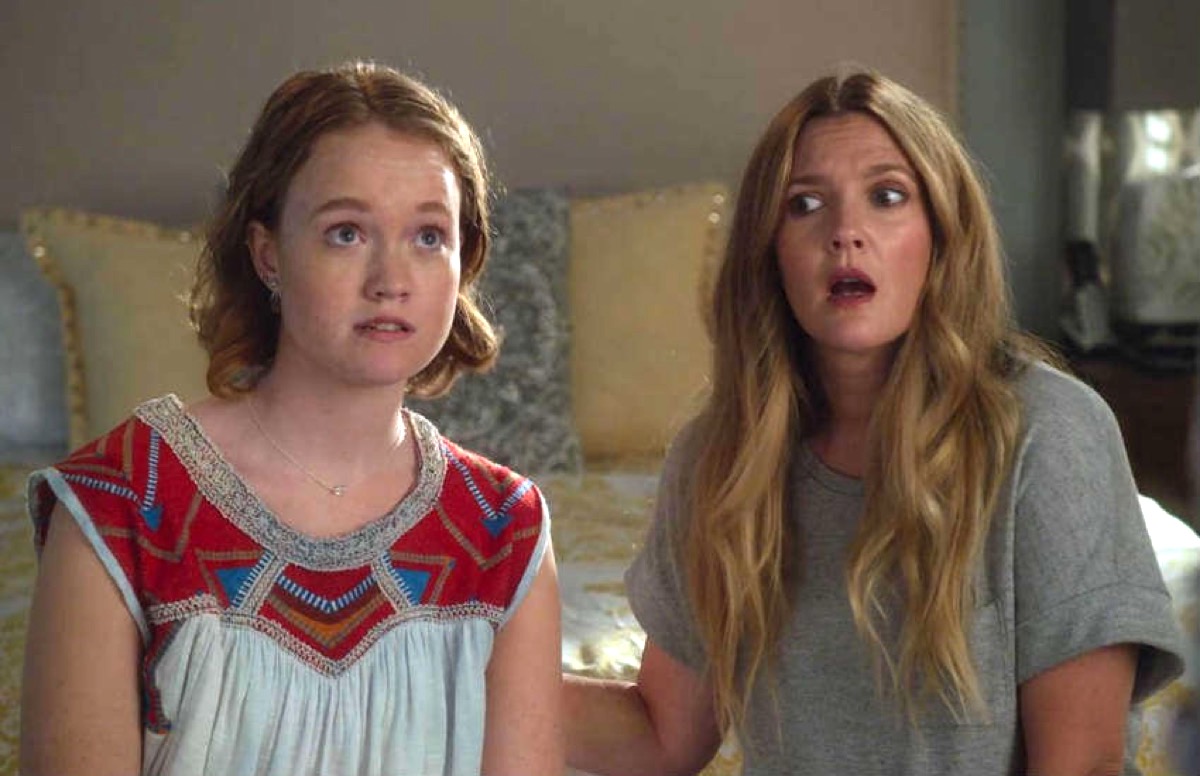 Australian Liv Hewson is one of the most interesting young Hollywood faces you’ll lay your eyes on. 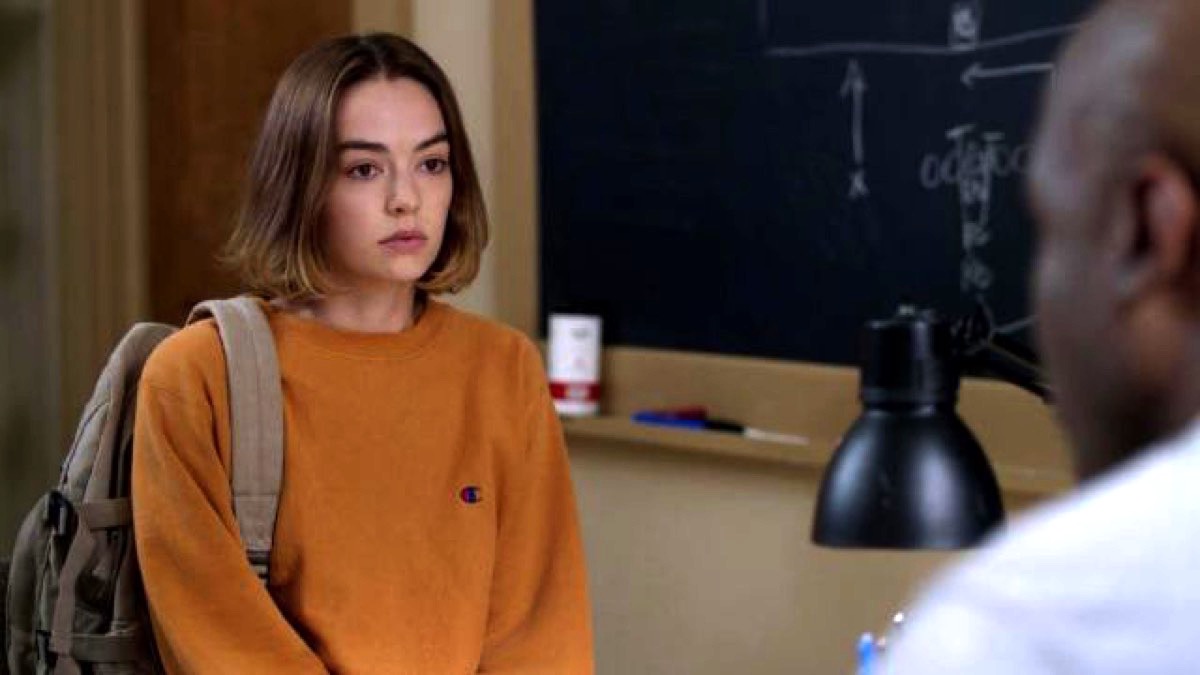 The actor, who previously came out as queer, has announced they identify as non-binary in November 2019.

“I’m non-binary, always felt a lil bit boy, lil bit girl, lil bit neither. using they/them as of late n it feels right,” Lundy-Paine wrote on Instagram. Lundy-Paine is among the protagonists of Netflix’s Atypical, in the role of Casey, and also stars in Bombshell, alongside Hewson. 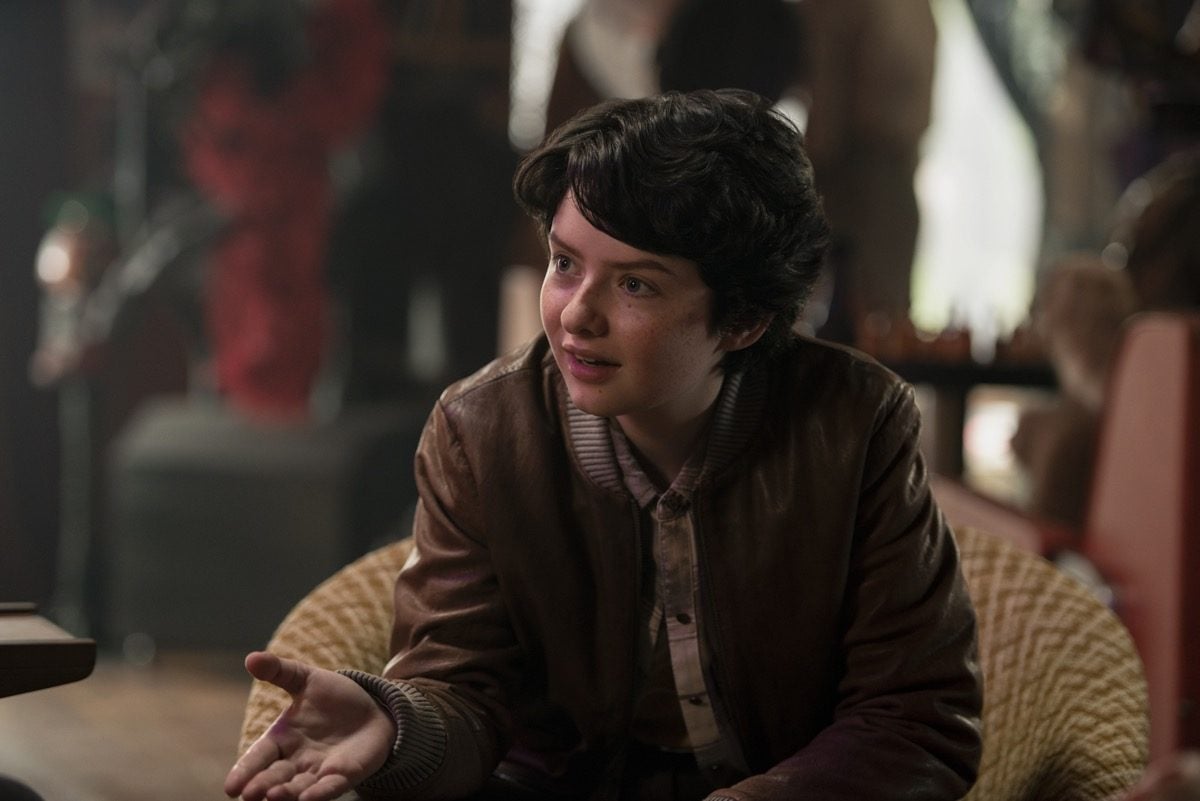 At 19, Lachlan Watson, known for their role of Susie/Theo on Chilling Adventures of Sabrina, is one of the youngest non-binary actors today.

The actor, who had their say in their own character’s journey on the show, is helping educate people on the difference between gender identity and sexuality. “People think as gender as a finite and objective thing—that it starts here and it ends here. It’s not that. For me, it just keeps going. It’s a continuous line,” Watson said in Netflix-produced talk segment titled What I Wish You Knew: About Being Nonbinary. 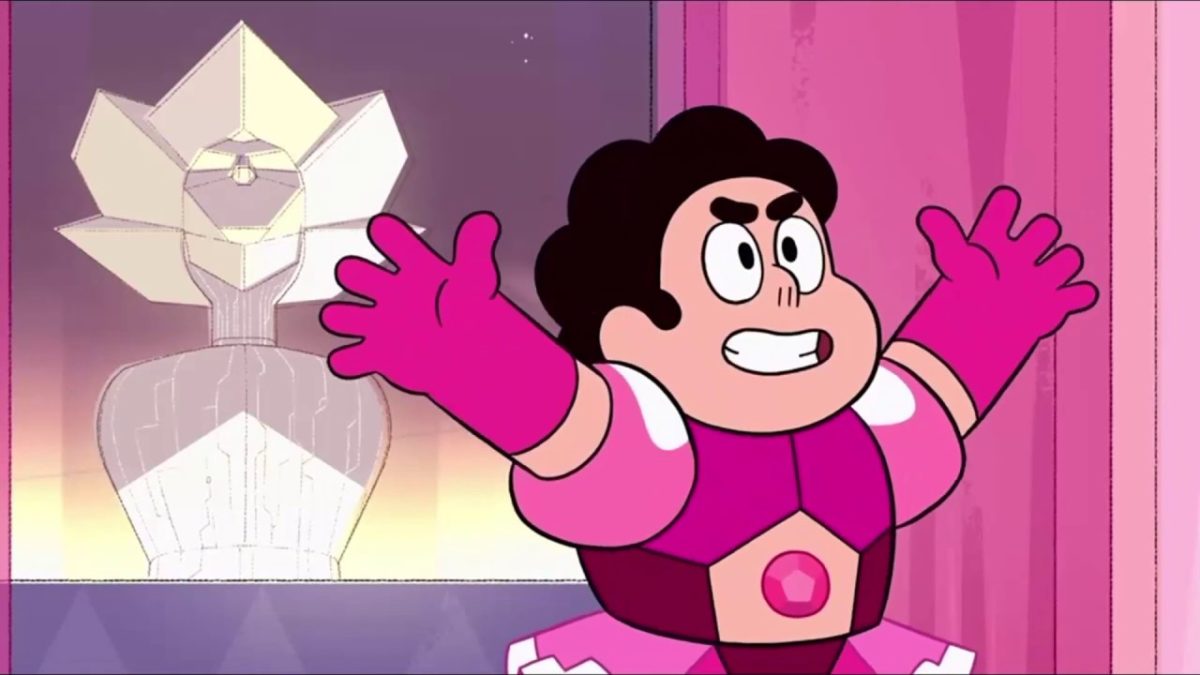 Sugar has recently released an epilogue limited series for Steven Universe, titled Steven Universe Future, which premiered on December 7. As of 2019, Sugar uses both she/her and they/them pronouns.

Singer King Princess identifies as genderqueer and gay. Next year, the artist will open the European leg of Harry Styles’ Love On Tour.

“I’ve always been kind of a genderqueer person,” King Princess said in an interview with them. in June 2018. “It’s something I kind of came into later ‘cause I didn’t really think about it as an identity as much as the way it had to do with the people I loved and the way I dressed … I like that I can ride that line on the periphery of femininity. I don’t always have to be an active participant.” 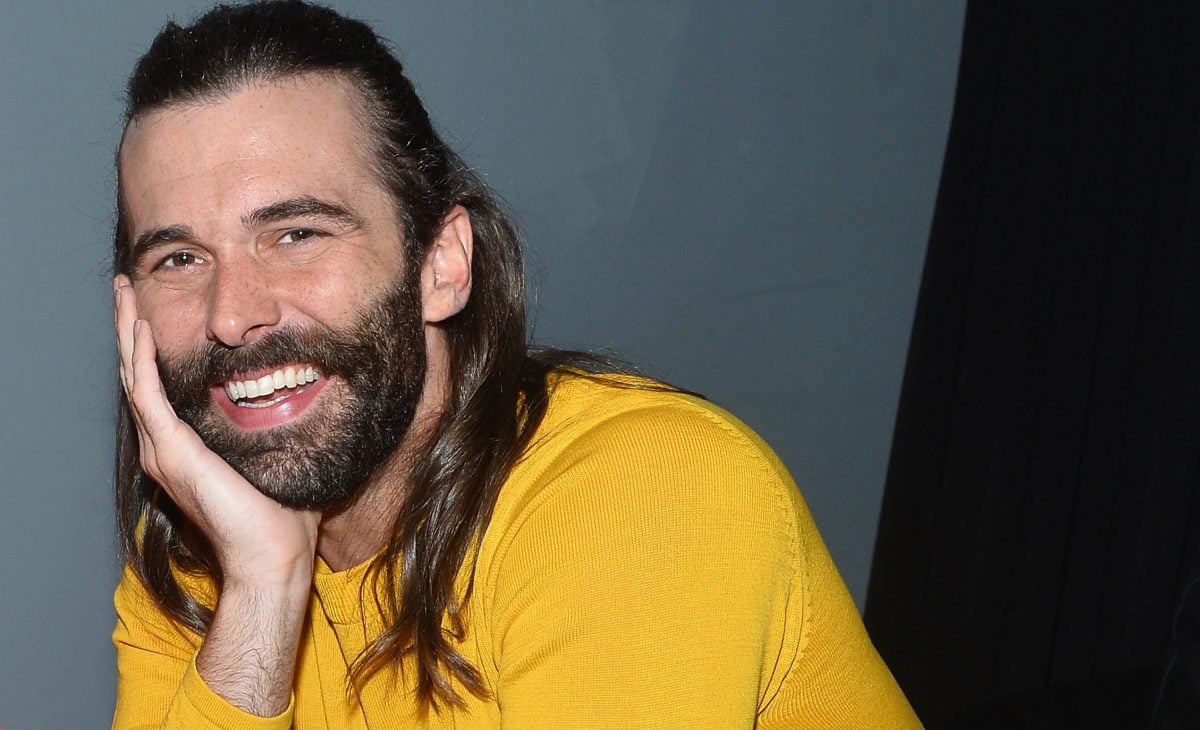 Queer Eye’s very own grooming expert has always been very open about his sexuality and gender fluidity.

“I’m gender nonconforming,” he said in an interview wit Out, explaining that the older he gets, the more he identifies as non-binary. “Like, some days I feel like a man, but then other days I feel like a woman.” He then added, “I think that a lot of times gender is used to separate and divide. It’s this social construct that I don’t really feel like I fit into the way I used to.”

Gay grammy-winning singer Sam Smith disclosed that they identify on the trans spectrum in an interview with actress Jameela Jamil.

When asked about what non-binary means, Smith said, “You do not identify in a gender.”

“You are a mixture of all these different things. You are your own special creation,” they said in March 2019. “That is how I take it. I am not male or female. I think I float somewhere in between—somewhat on the spectrum.”

Pose actor Indya Moore identifies as non-binary, as they revealed in a tweet in May 2019.

They opened up on their identity in an interview with Pose costar Mj Rodriguez for L’Officiel.

“I’m non-binary but I don’t really talk about it that much. I don’t feel like people really are there yet for understanding it, which I don’t mind, but I also acknowledge the way people see me as a woman. And because I’m seen as a woman, a cis woman or binary presenting, people are going to hold me up to those same standards that women are held up to,” Moore said.

“Which you’re saying you shouldn’t be, right?” said Rodriguez.

“Which I’m saying women should not be,” was Moore’s reply.

Younger actor Nico Tortorella came out as non-binary in May 2018.

“I just pretty recently have come to terms with the fact that maybe I am not fully cisgender,” they explain in a video by them, as well as on Instagram. “This isn’t something I’ve actually talked about on a public level quite yet.” 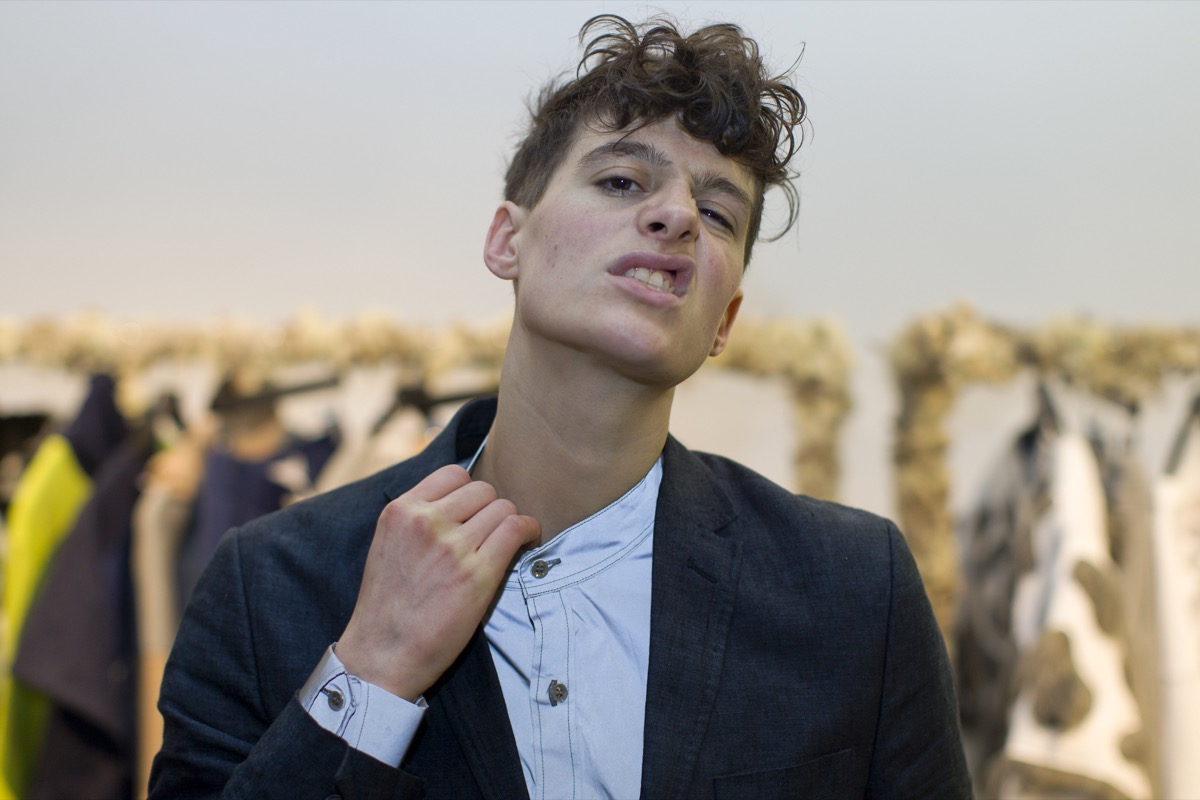 Non-binary model Rain Dove rose to prominence for posing alternately as male and female in photoshoots, productions, and runway shows.

“I’ve never really cared about pronouns for my own descriptors,” they revealed in an Instagram post in January 2019. “The idea that in order to refer to me in a sentence, people have to affiliate me with a division of society and its historical relevance is exhausting. I am I. I’ve never been and I never will be. I simply am.” 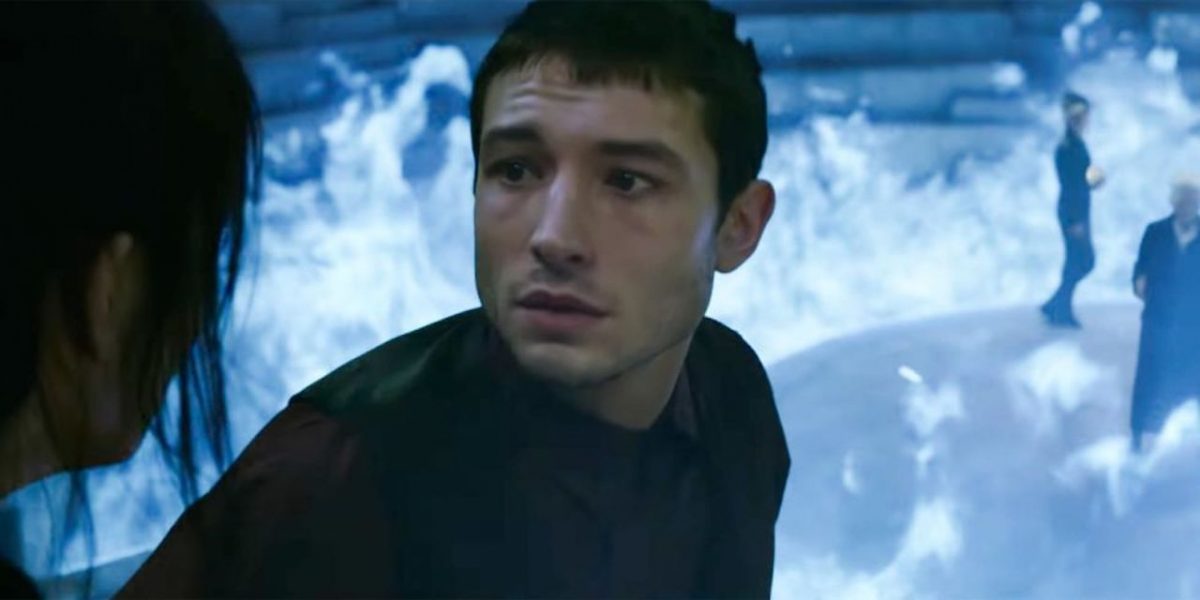 Fantastic Beasts actor Ezra Miller came out as non-binary in November 2018, but he hasn’t expressed a clear preference for a particular pronoun. 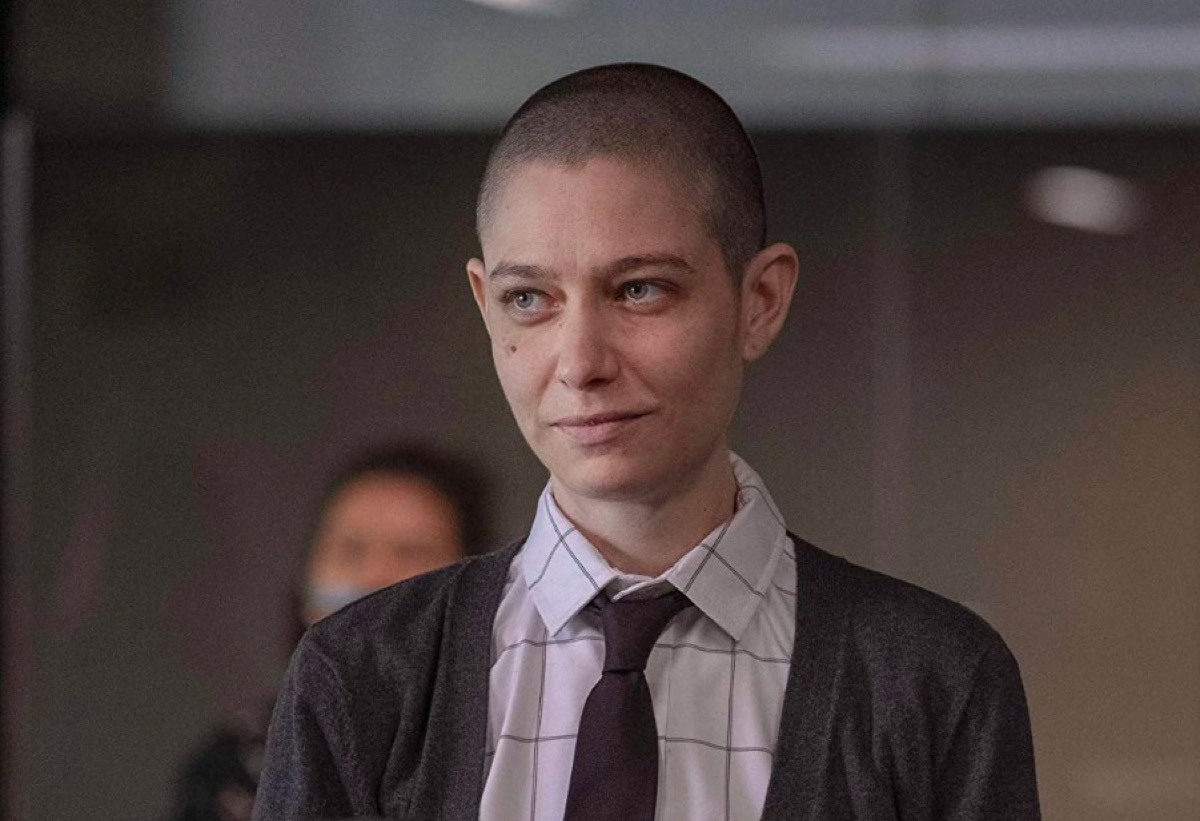 Asia Kate Dillon made history as the first non-binary main character on American television with their role of Taylor Mason in Billions. Dillon then explained that auditioning for the role of Mason helped them realize their gender identity. The actor, who identifies as pansexual, is also known for their work on Orange Is the New Black.

Like CAOS’s Watson, Dillon advocated to bring their own identity to one of their latest roles. In an interview with Insider, the actor explained they asked for their character The Adjudicator in John Wick: Chapter 3 — Parabellum to be non-binary. 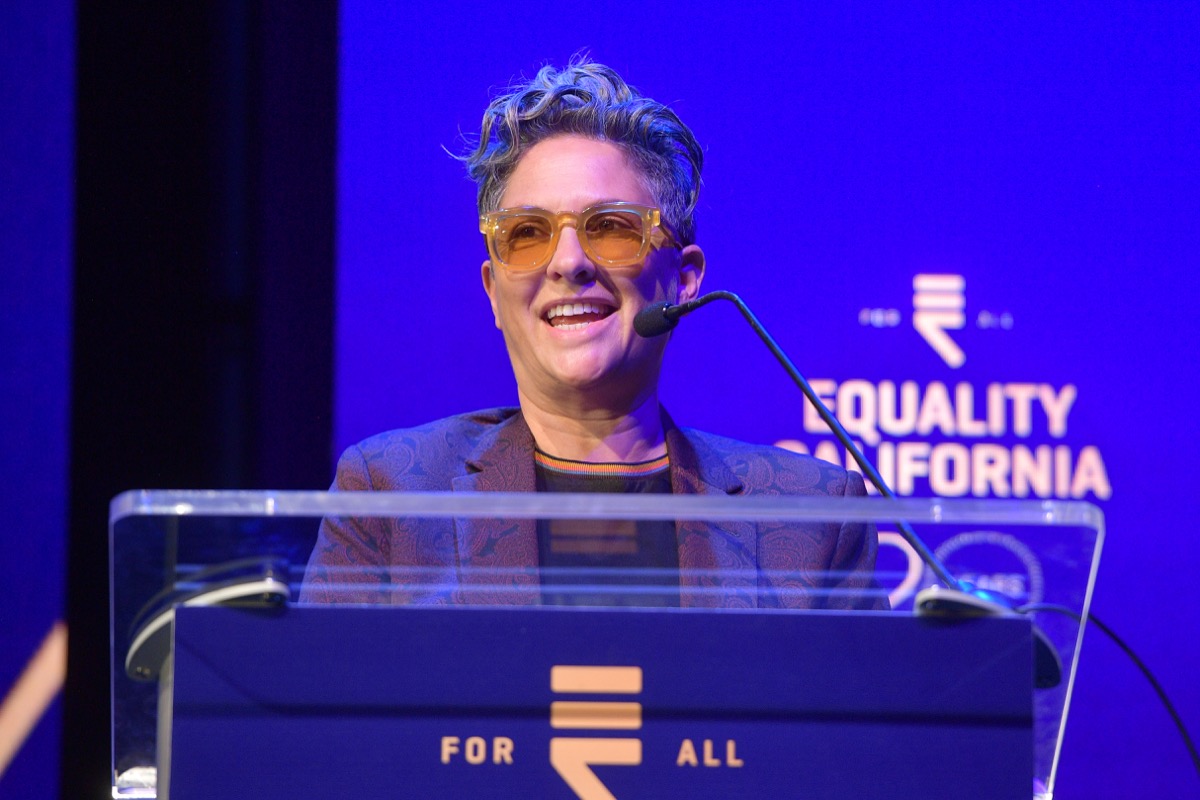 “There will always be incredibly masculine people and completely feminine people, but that has nothing to do with people’s bodies, whether they have a penis or vagina,” they told The Guardian in 2017.

“And besides those two poles, there’s also a place in the middle, the non-binariness, the people who don’t register as one or the other. I’m happy to speak on behalf of women and on behalf of feminism. But I notice when people see me as non-binary, I get treated more as a human being.”

Earlier this year, Soloway replaced Bryan Singer and signed on to write, direct, and produce the remake of 1985 Dutch-American movie Red Sonja. 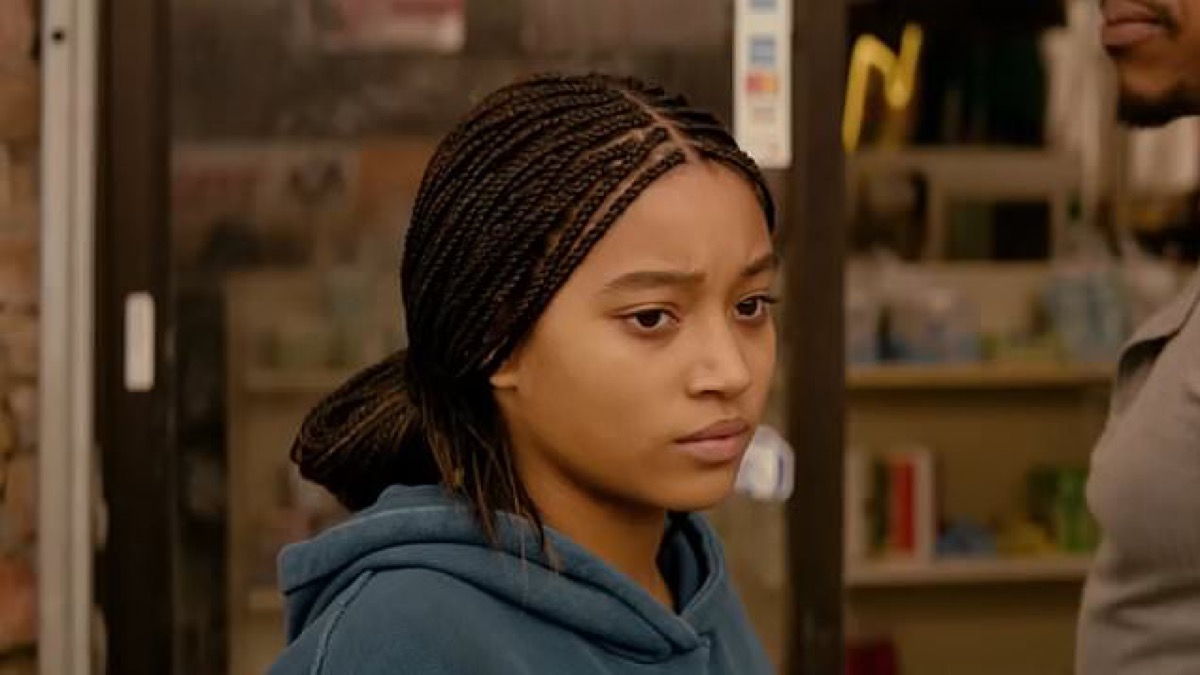 Actor Amandla Stenberg, who rose to fame for their role as Rue in The Hunger Games, identifies as non-binary. The Hate U Give actor came out as non-binary in a Tumblr post in 2016.

Stenberg uses both she/her and they/them pronouns. After having identified as bisexual/pansexual, the actor came out as gay in June 2018. 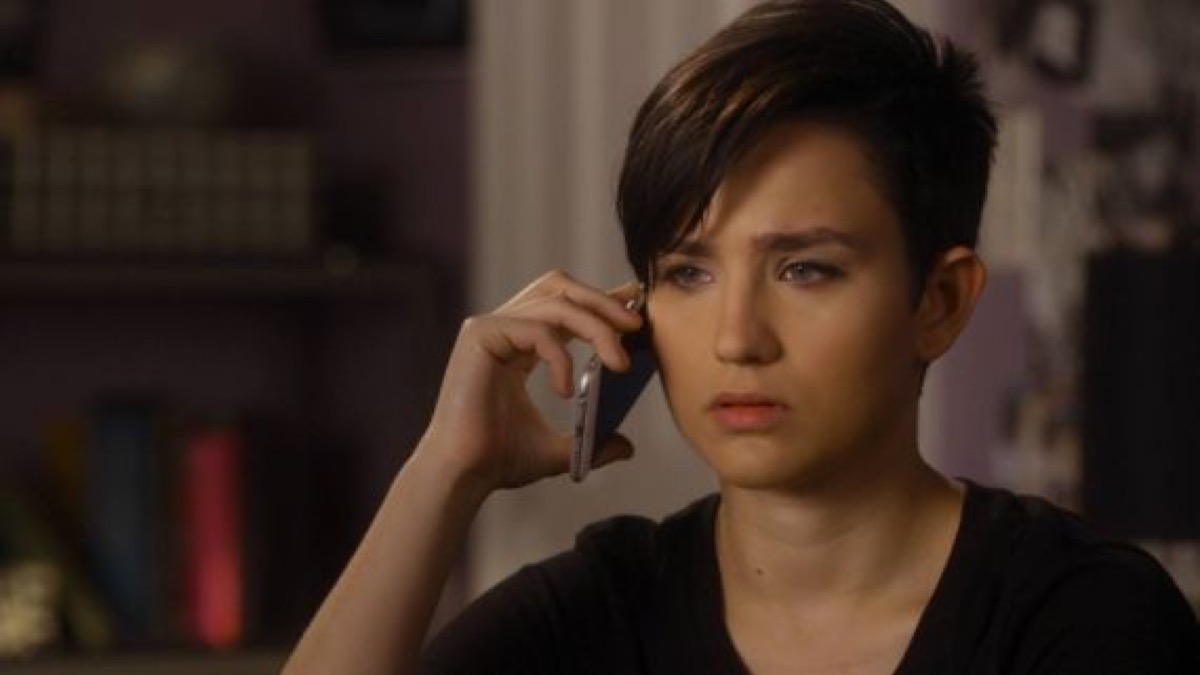 Scream actor Bex Taylor-Klaus, who had previously come out as gay, came out as non-binary in July 2018.

“I came out as trans non-binary in a room full of people today. Guess it’s time for me to do that on here, too … Hi. I’m Bex, and the rumors are true. I’m v enby,” they tweeted. Taylor-Klaus recently starred in drama Blackbird, alongside Kate Winslet, Mia Wasikowska, and Susan Sarandon, and will appear in new Fox procedural series Deputy, due to premiere in January 2020.