10 YA Novels With Badass Heroines Who Have No Time For Your B.S. | The Mary Sue

10 YA Novels With Badass Heroines Who Have No Time For Your B.S. 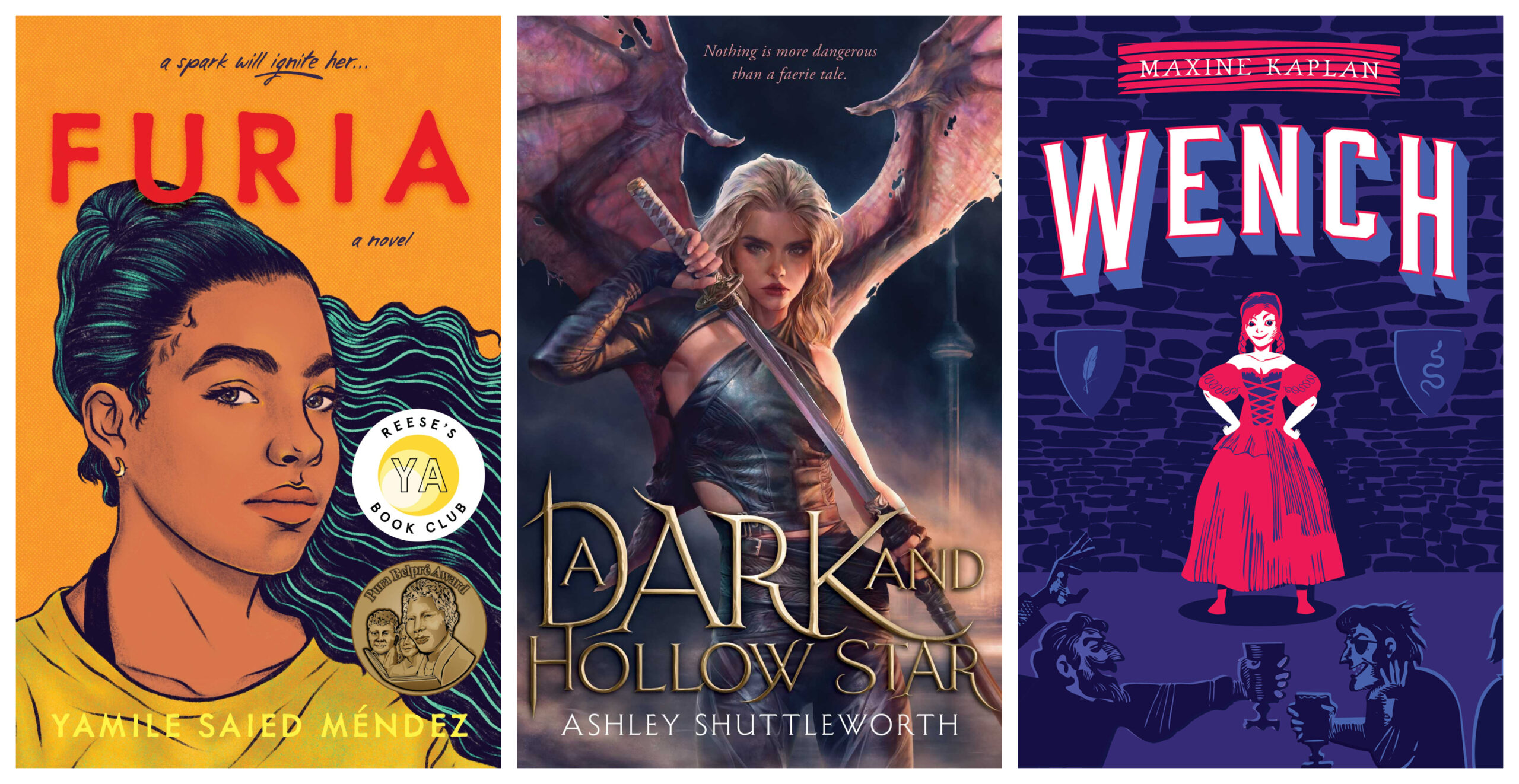 Happy almost-March! Women’s history month is right around the corner, and with that comes incredible new opportunities to celebrate the womxn of our past, present, and future.

When it comes to Young Adult novels, what made me first fall in love with the genre as a teenager was the wealth of female protagonists and heroines that displayed courage, confidence, and a sisterhood that ran through the length of each memorable story. Even as an adult, I’m still blown away by the sheer beauty of the stories that are being published in YA, as they each illustrate the beautiful nuances of girlhood, and the power of diverse, female-driven stories.

These titles below give a glimpse at a new generation of girl power and feminism that is sure to inspire both the readers that fall in love with them, and the new class of writers that is set to come after. Enjoy!

The Girls I’ve Been by Tess Sharpe 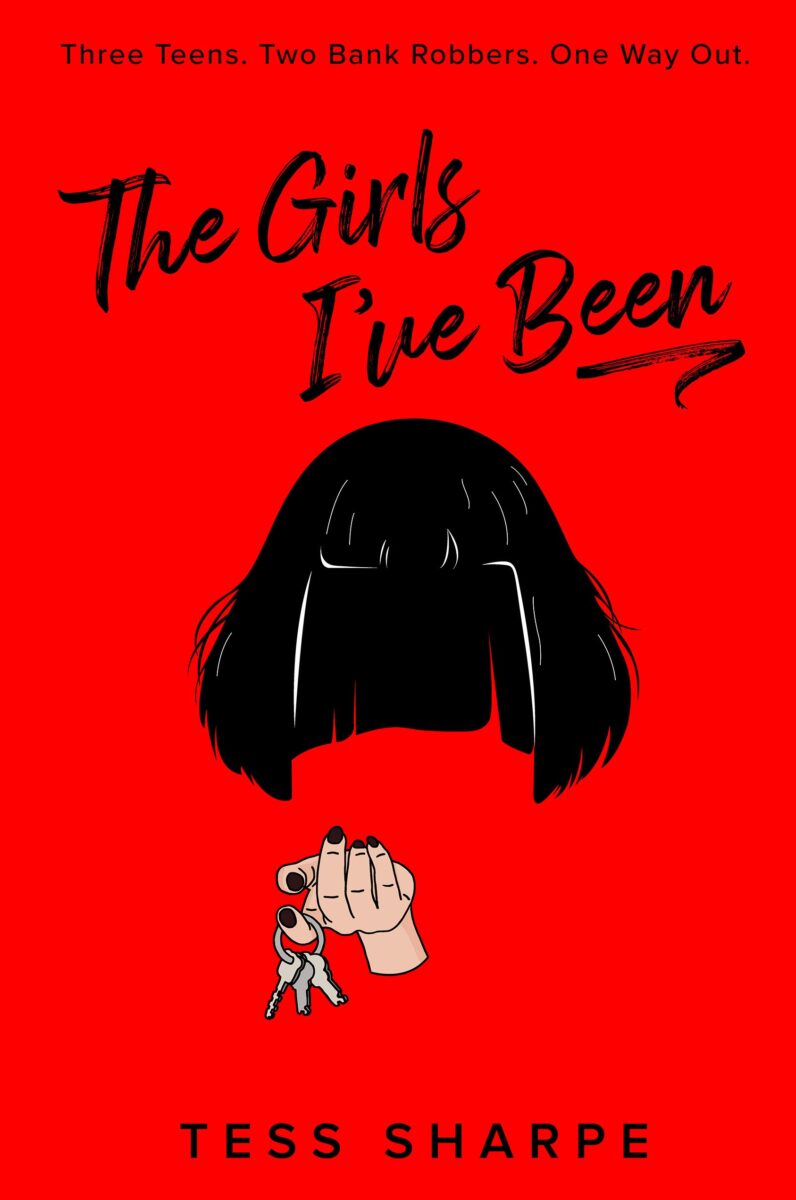 Nora O’Malley’s been a lot of girls. As the daughter of a con-artist who targets criminal men, she grew up as her mother’s protégé. But when mom fell for the mark instead of conning him, Nora pulled the ultimate con: escape.

For five years Nora’s been playing at normal. But she needs to dust off the skills she ditched because she has three problems:

#1: Her ex walked in on her with her girlfriend. Even though they’re all friends, Wes didn’t know about her and Iris.

#2: The morning after Wes finds them kissing, they all have to meet to deposit the fundraiser money they raised at the bank. It’s a nightmare that goes from awkward to deadly, because:

#3: Right after they enter bank, two guys start robbing it.

The bank robbers may be trouble, but Nora’s something else entirely. They have no idea who they’re really holding hostage…

The Frozen Crown by Greta Kelly 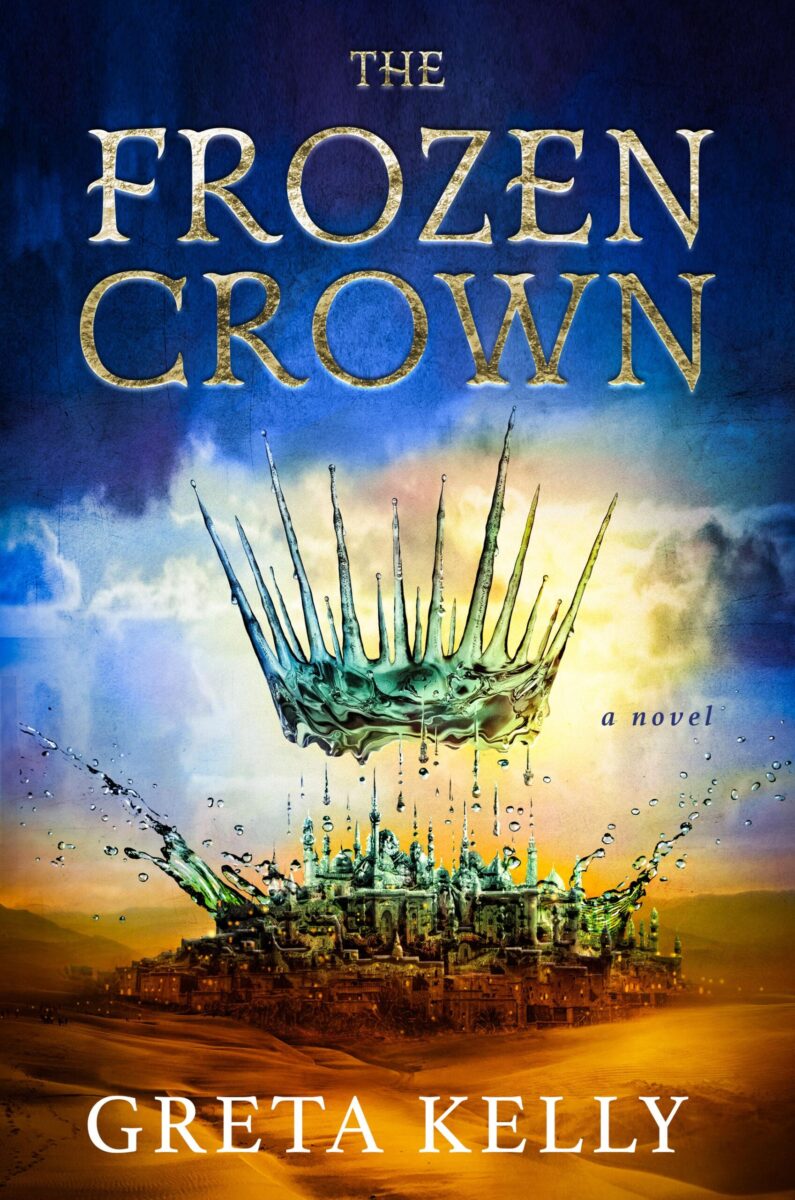 Askia became heir to the Frozen Crown of Seravesh because of her devotion to her people. But her realm is facing a threat she cannot defeat by sheer will alone. The mad emperor of the Roven Empire has unleashed a horde of invading soldiers to enslave her lands. For months, her warriors have waged a valiant, stealth battle, yet they cannot stop the enemy’s advancement. Running out of time, she sets sail for sun-drenched Vishir, the neighboring land to the south, to seek help from its ruler, Emperor Armaan.

A young woman raised in army camps, Askia is ill-equipped to navigate Vishir’s labyrinthine political games. Her every move sinks her deeper into court intrigues which bewilder and repel her, leaving her vulnerable not only to enemies gathering at Vishir’s gates, but to those behind the palace walls.

And in this glittering court, where secrets are worth more than gold, Askia fears that one false step will expose her true nature. For Askia is a witch gifted with magical abilities—knowledge that could destroy not only her life but her people. As her adversaries draw closer, Askia is forced to make an impossible choice—and no matter what she decides, it may not be enough to prevent Seravesh’s fall.

Revenge of The Sluts by Natalie Walton 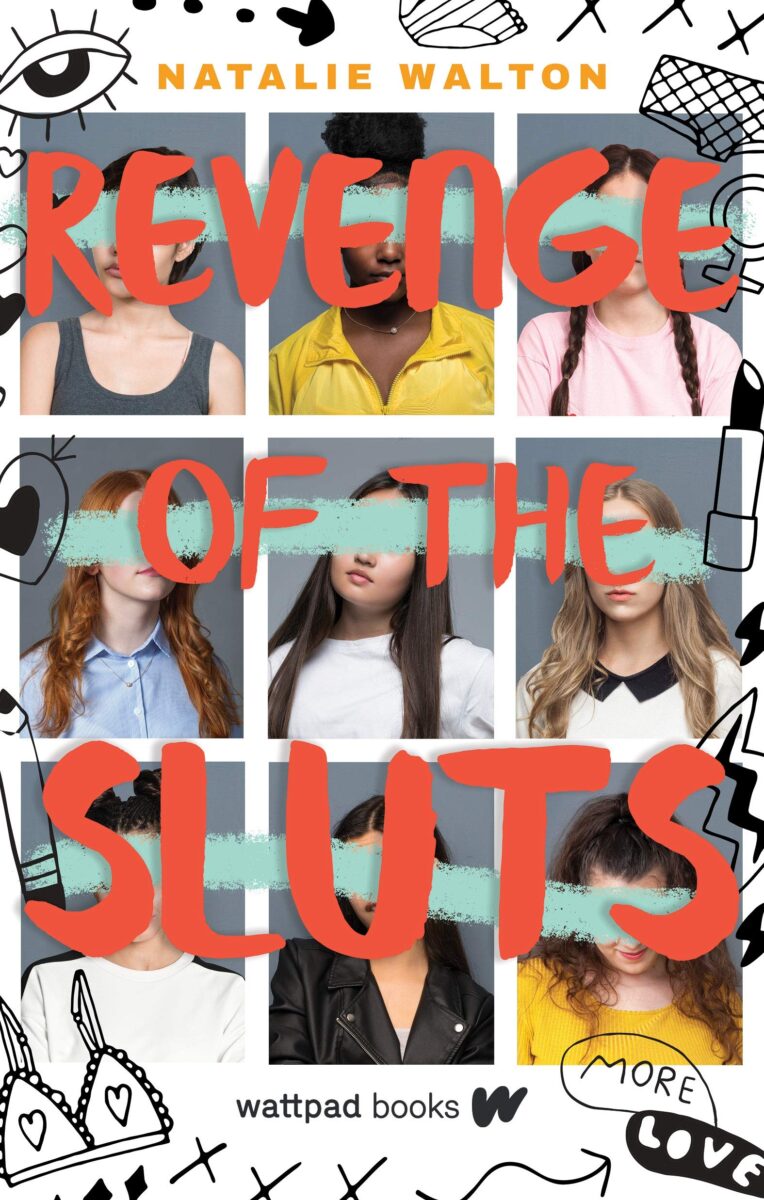 As a lead reporter for The Warrior Weekly, Eden has covered her fair share of stories at St. Joseph’s High School. And when intimate pictures of seven female students are anonymously emailed to the entire school, Eden is determined to get to the bottom of it.

In tracking down leads, Eden is shocked to discover not everyone agrees the students are victims. Some people feel the girls “brought it on themselves.” Even worse, the school’s administration seems more concerned about protecting its reputation than its students.

With the anonymous sender threatening more emails, Eden finds an unlikely ally: the seven young women themselves. Banding together to find the perpetrator, the tables are about to be turned. The Slut Squad is fighting back! 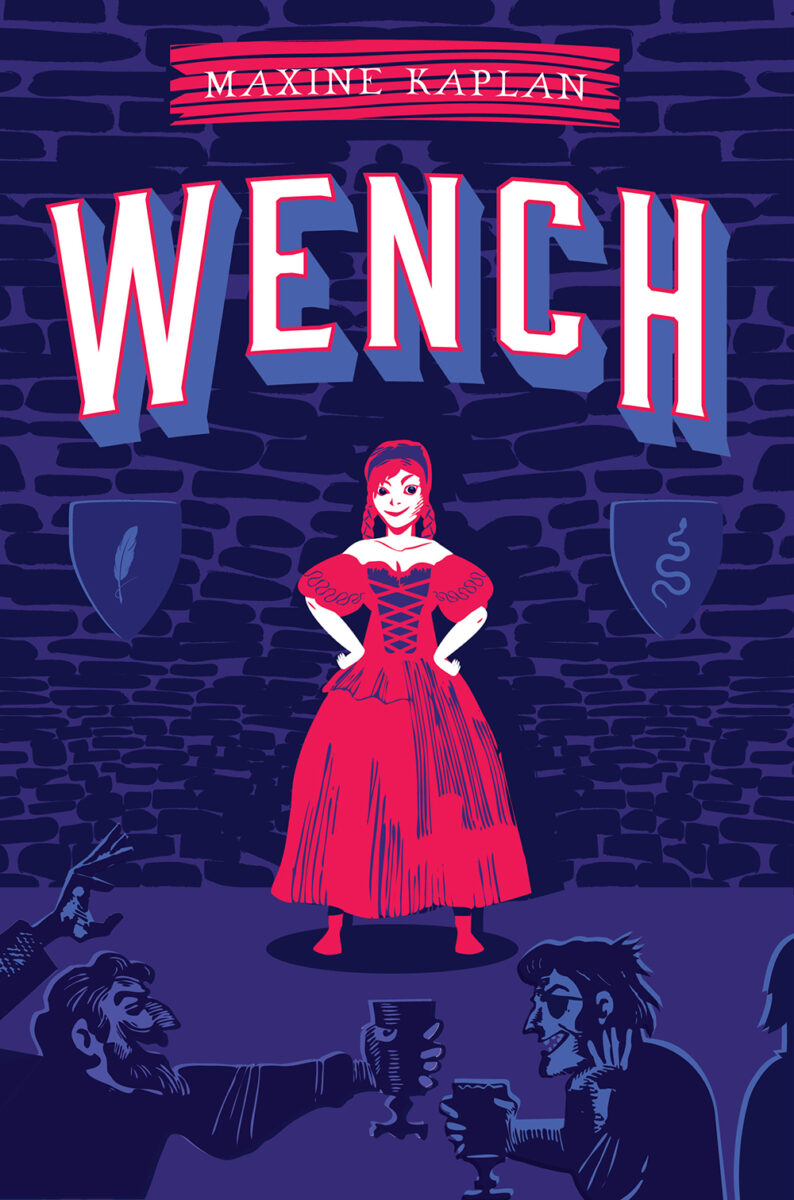 A funny, fiercely feminist YA epic fantasy—following the adventures of a tavern wench

Tanya has worked at her tavern since she was able to see over the bar. She broke up her first fight at 11. By the time she was a teenager she knew everything about the place, and she could run it with her eyes closed. She’d never let anyone—whether it be a drunkard or a captain of the queen’s guard—take advantage of her. But when her guardian dies, she might lose it all: the bar, her home, her purpose in life. So she heads out on a quest to petition the queen to keep the tavern in her name—dodging unscrupulous guards, a band of thieves, and a powerful, enchanted feather that seems drawn to her. Fast-paced, magical, and unapologetically feminist, Wench is epic fantasy like you’ve never seen it before.

Content warning: Some magic in the book involves self-harm.

Wings of Ebony by J.Elle 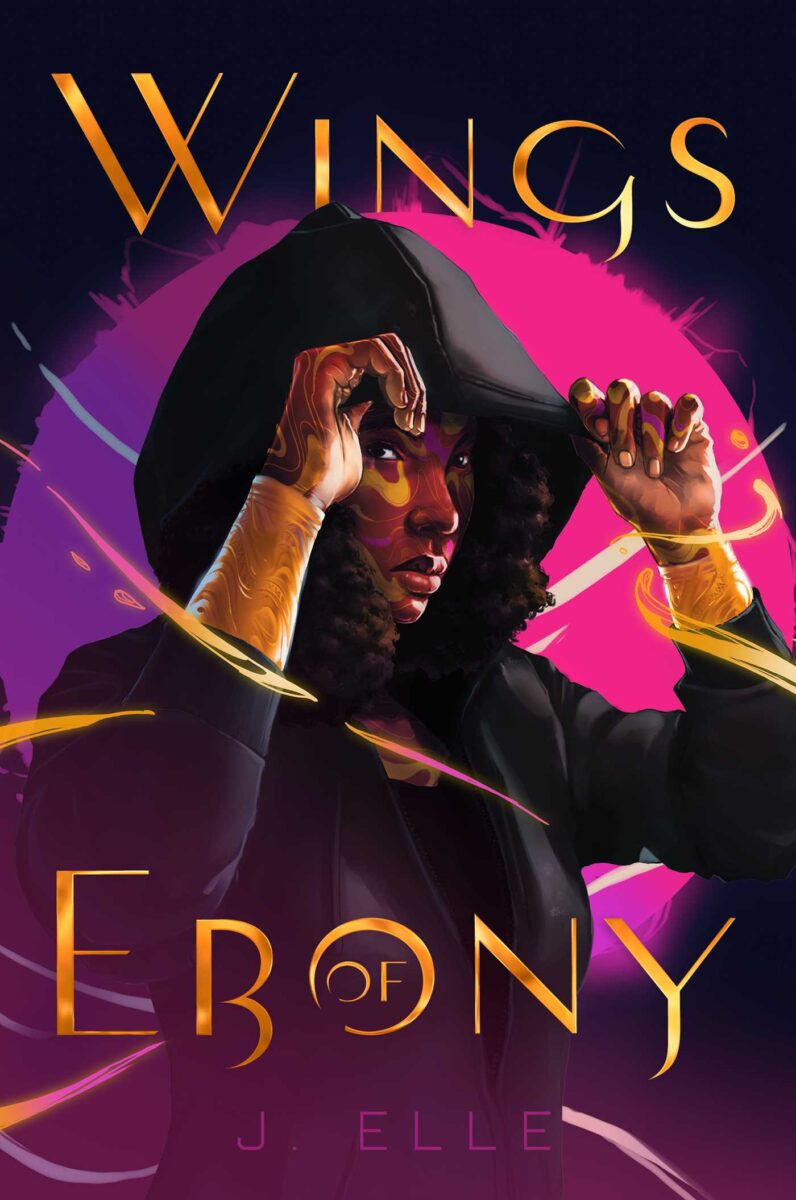 “Make a way out of no way” is just the way of life for Rue. But when her mother is shot dead on her doorstep, life for her and her younger sister changes forever. Rue’s taken from her neighborhood by the father she never knew, forced to leave her little sister behind, and whisked away to Ghizon—a hidden island of magic wielders.

Rue is the only half-god, half-human there, where leaders protect their magical powers at all costs and thrive on human suffering. Miserable and desperate to see her sister on the anniversary of their mother’s death, Rue breaks Ghizon’s sacred Do Not Leave Law and returns to Houston, only to discover that Black kids are being forced into crime and violence. And her sister, Tasha, is in danger of falling sway to the very forces that claimed their mother’s life.

Worse still, evidence mounts that the evil plaguing East Row is the same one that lurks in Ghizon—an evil that will stop at nothing until it has stolen everything from her and everyone she loves. Rue must embrace her true identity and wield the full magnitude of her ancestors’ power to save her neighborhood before the gods burn it to the ground.

A Dark and Hollow Star by Ashley Shuttleworth 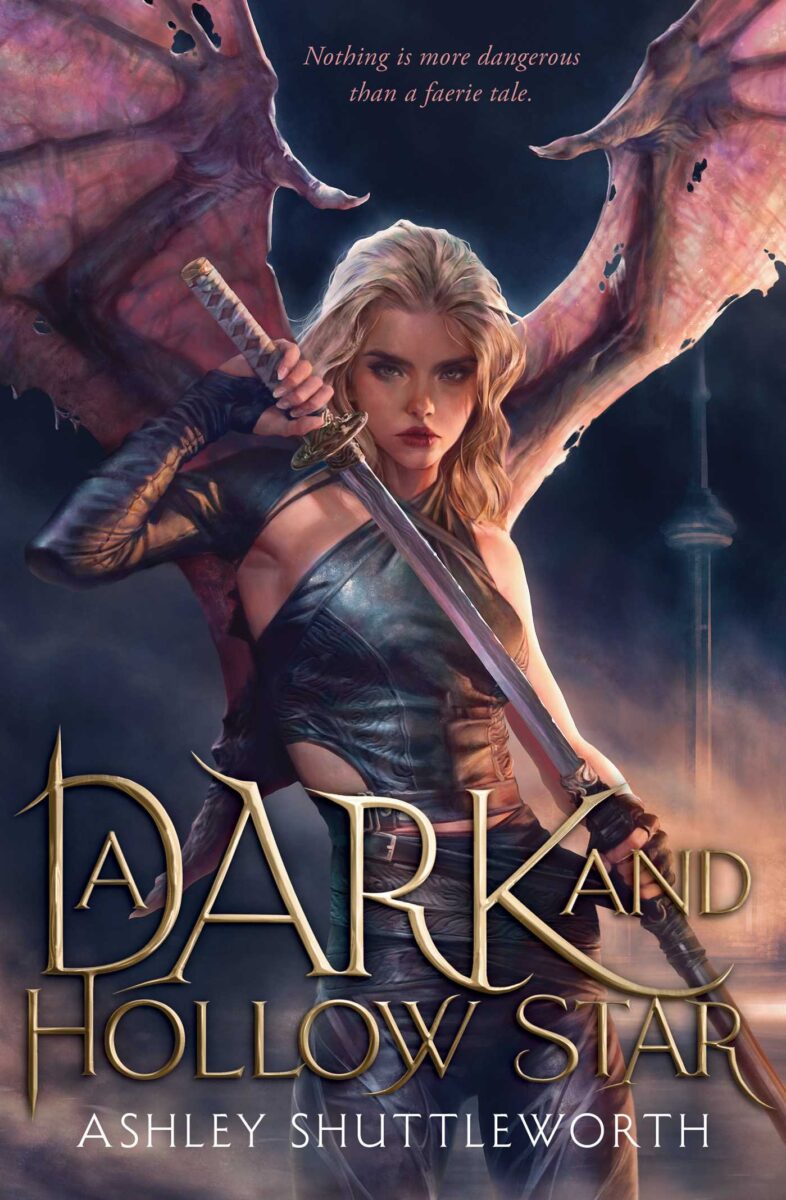 The “ironborn” half-fae outcast of her royal fae family.
A tempestuous Fury, exiled to earth from the Immortal Realm and hellbent on revenge.
A dutiful fae prince, determined to earn his place on the throne.
The prince’s brooding guardian, burdened with a terrible secret.

For centuries, the Eight Courts of Folk have lived among us, concealed by magic and bound by law to do no harm to humans. This arrangement has long kept peace in the Courts—until a series of gruesome and ritualistic murders rocks the city of Toronto and threatens to expose faeries to the human world.

Four queer teens, each who hold a key piece of the truth behind these murders, must form a tenuous alliance in their effort to track down the mysterious killer behind these crimes. If they fail, they risk the destruction of the faerie and human worlds alike. If that’s not bad enough, there’s a war brewing between the Mortal and Immortal Realms, and one of these teens is destined to tip the scales. The only question is: which way?

Wish them luck. They’re going to need it.

We Are the Wildcats by Siobhan Vivian 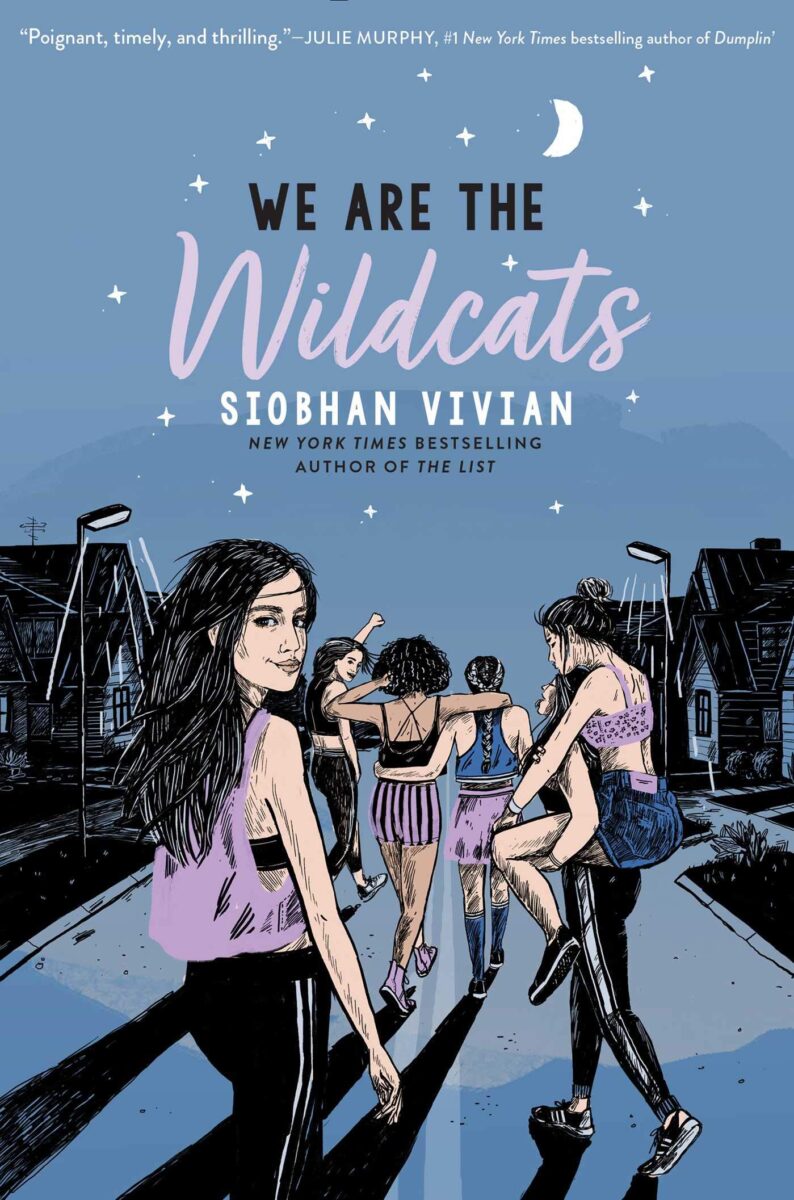 Tomorrow, the Wildcat varsity field hockey squad will play the first game of their new season. But at tonight’s team sleepover, the girls are all about forging the bonds of trust, loyalty, and friendship necessary to win.

Everything hinges on the midnight initiation ceremony—a beloved tradition and the only facet of being a Wildcat that the girls control. Until now.

Coach—a handsome former college player revered and feared in equal measure—changes the plan and spins his team on a new adventure. One where they take a rival team’s mascot for a joyride, crash a party in their pajamas, break into the high school for the perfect picture.

But as the girls slip out of their comfort zone, so do some long-held secrets. And just how far they’re willing to go for their team takes them all—especially Coach—by surprise.

A testament to the strength and resilience of modern teenage girls, We Are the Wildcats will have readers cheering. 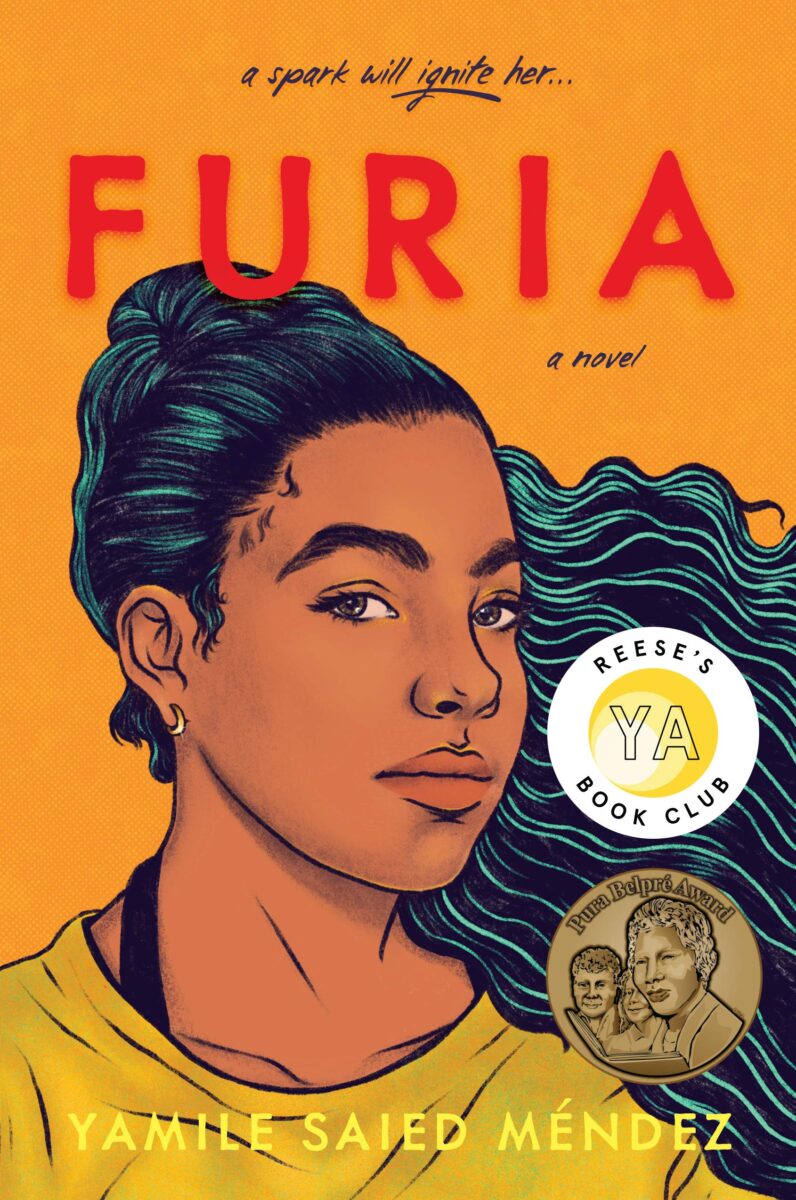 At home, she is a careful daughter, living within her mother’s narrow expectations, in her rising-soccer-star brother’s shadow, and under the abusive rule of her short-tempered father.

On the field, she is La Furia, a powerhouse of skill and talent. When her team qualifies for the South American tournament, Camila gets the chance to see just how far those talents can take her. In her wildest dreams, she’d get an athletic scholarship to a North American university.

But the path ahead isn’t easy. Her parents don’t know about her passion. They wouldn’t allow a girl to play fútbol—and she needs their permission to go any farther. And the boy she once loved is back in town. Since he left, Diego has become an international star, playing in Italy for the renowned team Juventus. Camila doesn’t have time to be distracted by her feelings for him. Things aren’t the same as when he left: she has her own passions and ambitions now, and La Furia cannot be denied. As her life becomes more complicated, Camila is forced to face her secrets and make her way in a world with no place for the dreams and ambition of a girl like her.

We Ride Upon Sticks by Quan Barry 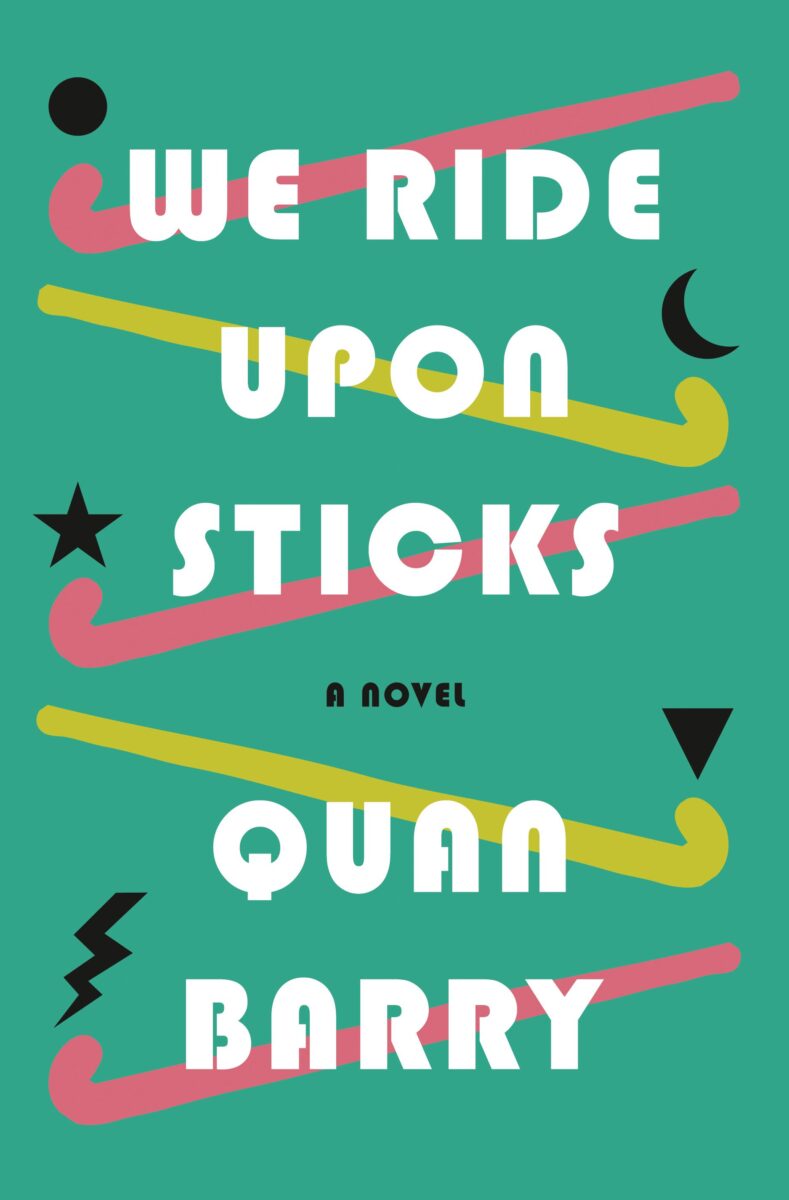 The 1989 Danvers Falcons are on an unaccountable winning streak. Quan Barry weaves together the individual and collective journeys of this enchanted team as they storm their way to the state championship. Helmed by good-girl captain Abby Putnam (a descendant of the infamous Salem accuser Ann Putnam) and her co-captain Jen Fiorenza, whose bleached blond “Claw” sees and knows all, the DHS Falcons prove to be as wily and original as their North of Boston ancestors, flaunting society’s stale notions of femininity in order to find their glorious true selves through the crucible of team sport.

A Golden Fury by Samantha Cohoe 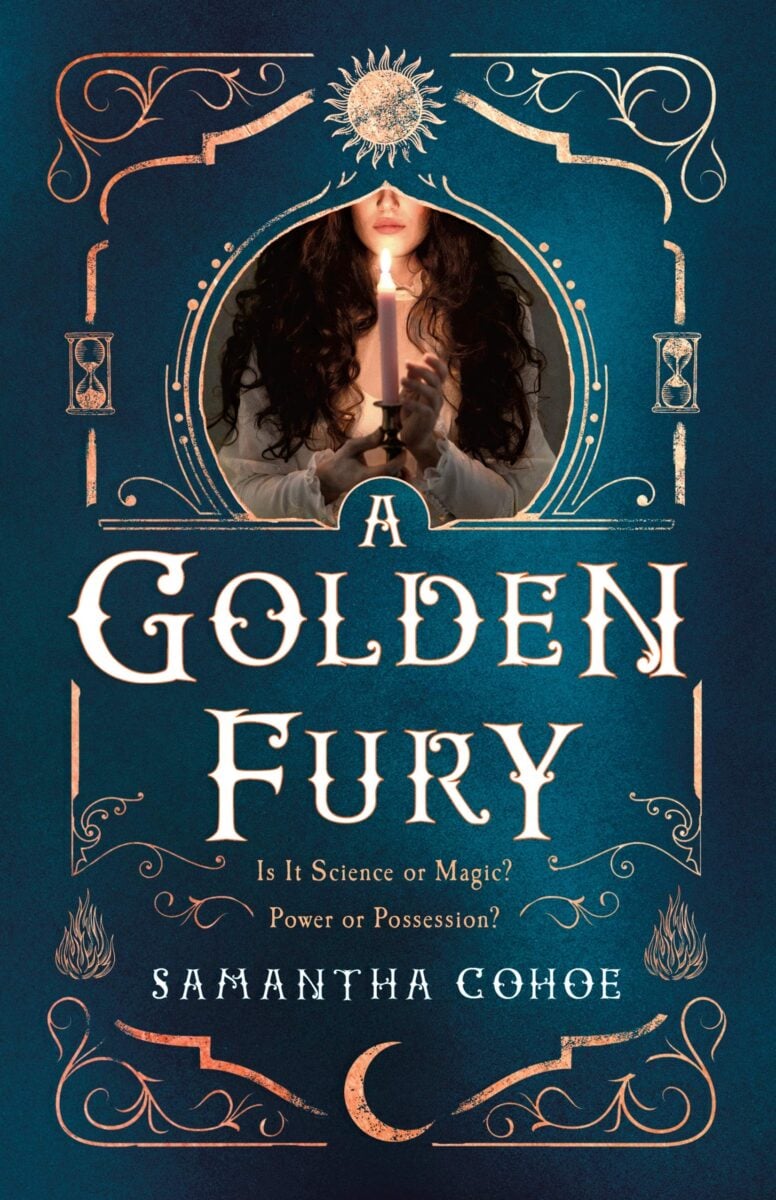 Thea Hope longs to be an alchemist out of the shadow of her famous mother. The two of them are close to creating the legendary Philosopher’s Stone—whose properties include immortality and can turn any metal into gold—but just when the promise of the Stone’s riches is in their grasp, Thea’s mother destroys the Stone in a sudden fit of violent madness.

While combing through her mother’s notes, Thea learns that there’s a curse on the Stone that causes anyone who tries to make it to lose their sanity. With the threat of the French Revolution looming, Thea is sent to Oxford for her safety, to live with the father who doesn’t know she exists.

But in Oxford, there are alchemists after the Stone who don’t believe Thea’s warning about the curse—instead, they’ll stop at nothing to steal Thea’s knowledge of how to create the Stone. But Thea can only run for so long, and soon she will have to choose: create the Stone and sacrifice her sanity, or let the people she loves die.